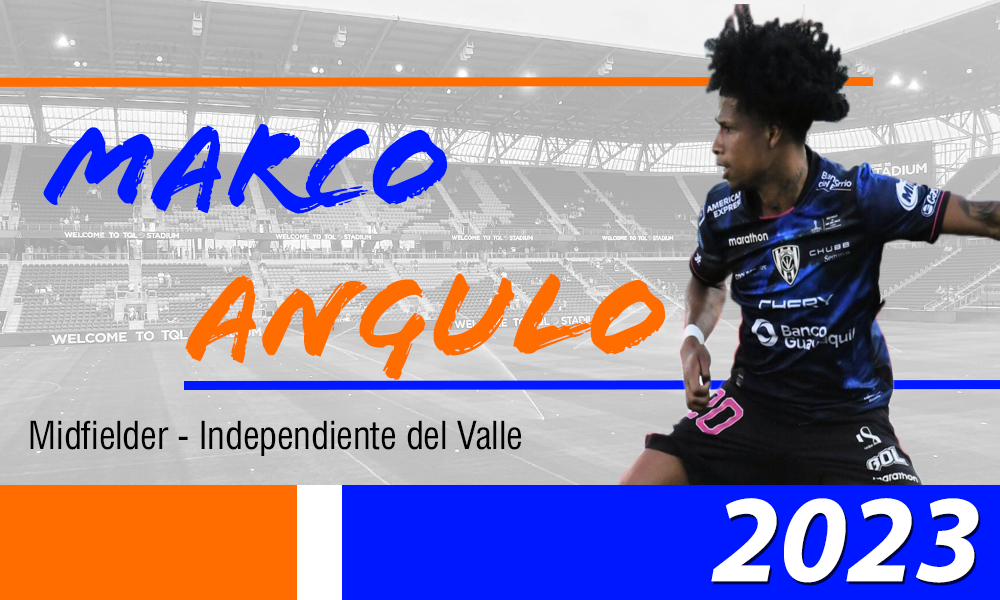 “Though he’s still a young player, Marco has already won titles and competed at the full international level,” Chris Albright, FC Cincinnati general manager, said in an FCC news release. “He is a true box-to-box midfielder with elite technical ability and a tremendous engine, and we feel his qualities should complement our midfield group. I’d like to welcome Marco to Cincinnati, and we look forward to his continued growth and development with our club.”

According to Transfermarkt, Angulo, a midfielder by trade, has made a total of 53 professional appearances, with 44 coming from the Independiente del Valle first team and the other nine coming from Los Negriazules’s U20 side. Notably, Angulo started in the 2022 Copa Sudamericana final in which Independiente defeated Brazilian side São Paulo.

The website also said that 20 of those 53 appearances came with him playing at the defensive midfielder position, 11 at attacking midfielder, and one in central midfield.

“I’m excited to join FC Cincinnati,” Angulo said in the news release. “Thank you to Independiente for everything, and thank you to Chris, Pat, Jose Luis and everyone else for giving me this opportunity. I can’t wait to get to TQL Stadium and meet the fans.”

Angulo has also made an appearance for the Ecuadorian national team. He made his debut for the first team on Nov. 12, 2022 vs. Iraq, logging 44 minutes. The midfielder was in contention to make the World Cup squad for Tri, but was held out and listed as a potential injury selection. He also has six appearances for the U17 team.

The Ecuadorian will have to battle for midfield minutes off the jump as he enters a position group with Obi Nwobodo, Junior Moreno, and Yuya Kubo. It remains to be seen how coach Pat Noonan will line up the squad in 2023, but surely the youngster will be in contention for some serious minutes for the Orange and Blue.