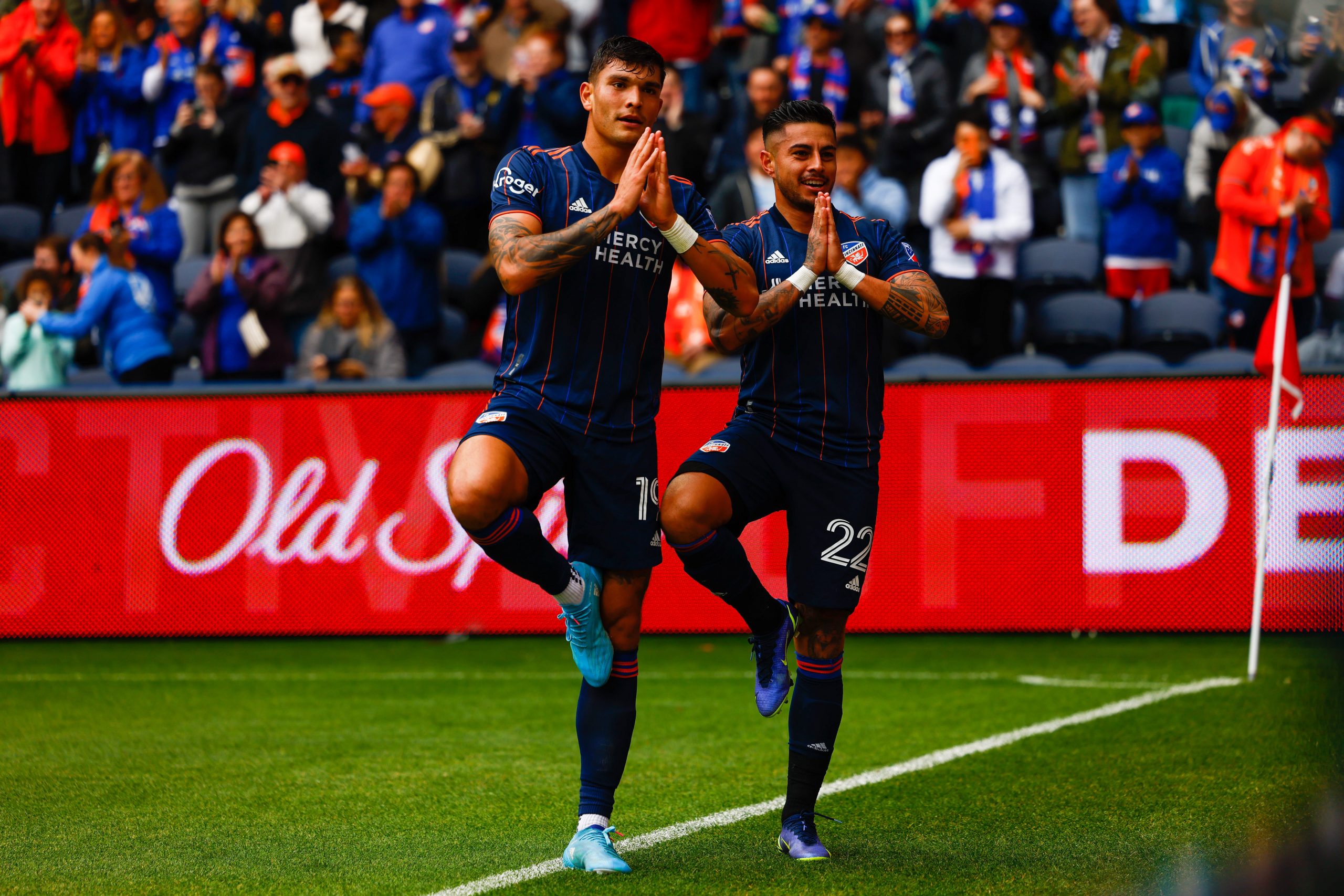 FC Cincinnati announced its roster decisions earlier Tuesday morning and multiple big-name players are, at the moment, not with the team.

“I’d like to thank the players who are departing FC Cincinnati for their service and dedication to the club,” FC Cincinnati General Manager Chris Albright said. “We wish them all the best for the future,” said Albright.

The side also announced that it exercised the options of Álvaro Barreal, Evan Louro, Junior Moreno, Ian Murphy, and Alvas Powell.

FCC’s release said that “the club remains in discussion” with “some” of its players about their future with the club.

“First, thank you to the players and staff for everything they did to make this a memorable season,” Albright said. “Most importantly, I want to thank the fans for their incredible support all year long. We believe we have a strong core in place to continue to build a team that is worthy of that support, and we look forward to 2023.”

According to Laurel Pfahler on Twitter, Kenneth Vermeer, Dominique Badji and Yuya Kubo will also return next season for FCC.

A few players (Vermeer, Badji and Kubo) who had been under contracts expiring this year (as announced when signed) were not included as having options exercised but are back. So, either they got new deals that were not announced or their options were automatically triggered. 🤷‍♀️

Following these roster moves, FCC now has 23 players on its rosters.

In the news release, FCC says the team has:

Stay tuned for more information on roster moves and check out your CST podcast feeds for indepth analysis.