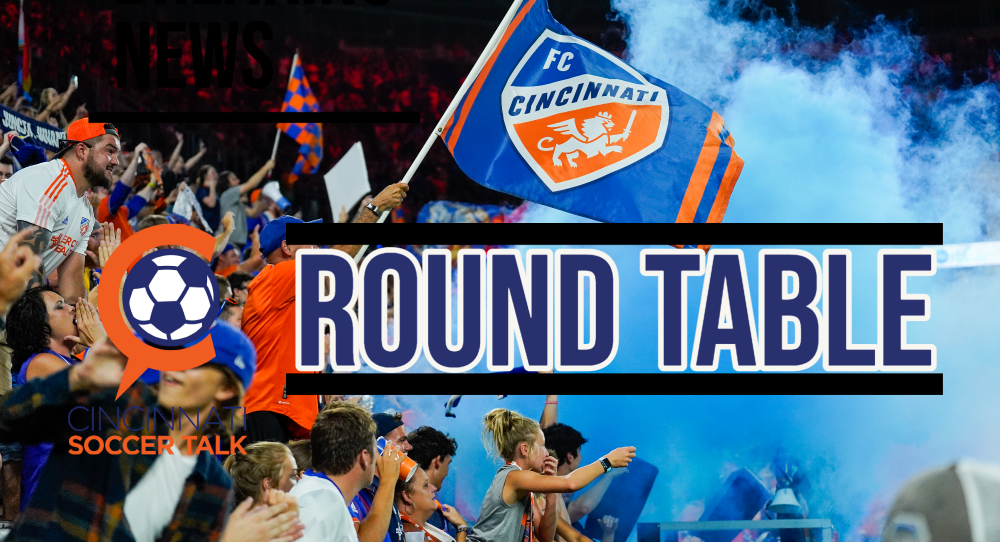 FCC balances the scales of playoff hopes and despair

Q: The season sits at a pivotal moment. There are 10 matches to play with thirty possible points remaining. FC Cincinnati sits on the playoff bubble and despite having some of the best scorers in the league, they are struggling to pick up wins. What is the one area or player you are watching these last eight matches? This question could also be stated as, “FC Cincinnati makes the playoff if…..”

We make the playoffs if…Brenner stays hot and healthy. With Vazquez poised to make an appearance at the UMSNT’s send-off tour before the World Cup, FC Cincinnati will have to be without their golden boot contender. However, the good news is that the Garys (Foosers) is not without a start striker as Brenner has also been on a run of good form lately. With Vazquez possibly missing pivotal games in September, it’ll be up to the Brazilian to find the back of the net and keep FCC in playoff contention. If Brenner keeps up his current form or improves upon it, FC Cincinnati will be making its first MLS playoff appearance.

Dájome in the 82nd minute. Gutman in the 83rd minute. McNamara in the 89th minute. McVey in the 97th minute. Kamara in the 98th minute. We make the playoffs if…FC Cincinnati can learn how to close out a game. Pat Noonan has done a good job, but his threadbare bench has led to substitution patterns that have failed to pad leads and have often lost points late in games. FCC has given up seven goals in first-half or second-half stoppage time while scoring only two of their own. Perhaps the addition of Matt Miazga and the return of Ronald Matarrita allow for Noonan to shuffle his defensive line better. However, goals from substitutes like Dom Badji and Sergio Santos late in games will make the offense less two-dimensional and give Brenner and Brandon Vazquez time to rest later in games.

FC Cincinnati makes the playoffs if… Pat Noonan figures out a way to make Yuya Kubo and/or Allan Cruz effective.

It may seem ridiculous to put the Fooser’s post-season hopes on the usage of two bench players, but (as the Cabbage Sensei himself pointed out) the team has struggled to close out matches, and someone on the bench needs to figure out how to be a game changer when coming onto the pitch late in games. We’ve seen Kubo be able to cover ground, lead the team in pressures, and make bone-crunching tackles. We’ve seen Cruz jump passing lanes, create turnovers, and score goals by making late arriving runs into the box. However, we haven’t seen either of them be effective in quite some time.

Add in the fact that Junior Moreno hasn’t looked like himself since his injury, Lucho Acosta has shown an inability to control his temper, and Obi is the personification of a walking yellow card, and it is evident that Cruz or Kubo is going to have to step into the lineup at some point and contribute.

FC Cincinnati makes the playoffs if…defensive reinforcements contribute. FCC’s attack is one of the best in the league but reinforcements on backline were the a top priority for Chris Albright in the summer transfer window. He waited until the last minute but Matt Miazga’s arrival on deadline day seems to be a major coup. His first match in Orange and Blue was certainly promising and if his presence provides even just a little more stability and quality on the backline, opponents should find it harder to score. Then the goal in the second match makes the decision look good. Add to that reports that Ronald Matarrita could return to training in the next few weeks and FCC’s backline could be as strong as it has ever been for the most important games on the calendar.

FC Cincinnati makes the playoffs if they beat the Crew this weekend. I threw that take into the atmosphere on the podcast this week and I stand by it. Sure you can find other ways to get the suspected 45 points needed without a Crew win. I will argue back that FC Cincinnati doesn’t have what it takes if they don’t win at home vs the Crew. That tells me that the club can’t pick up wins when it matters most and therefore will fail to do it down the stretch. I’m ok drawing in NY, but winning at home has been the problem this season. Our saving grace is that other clubs have also picked up an abnormal amount of draws this season as well. The hellish club that the Orange and Blue take on this weekend has eleven total draws. I do not love the term must-win and this certainly isn’t statistically a must-win.

For me, Hell is Real is an emotional must-win…