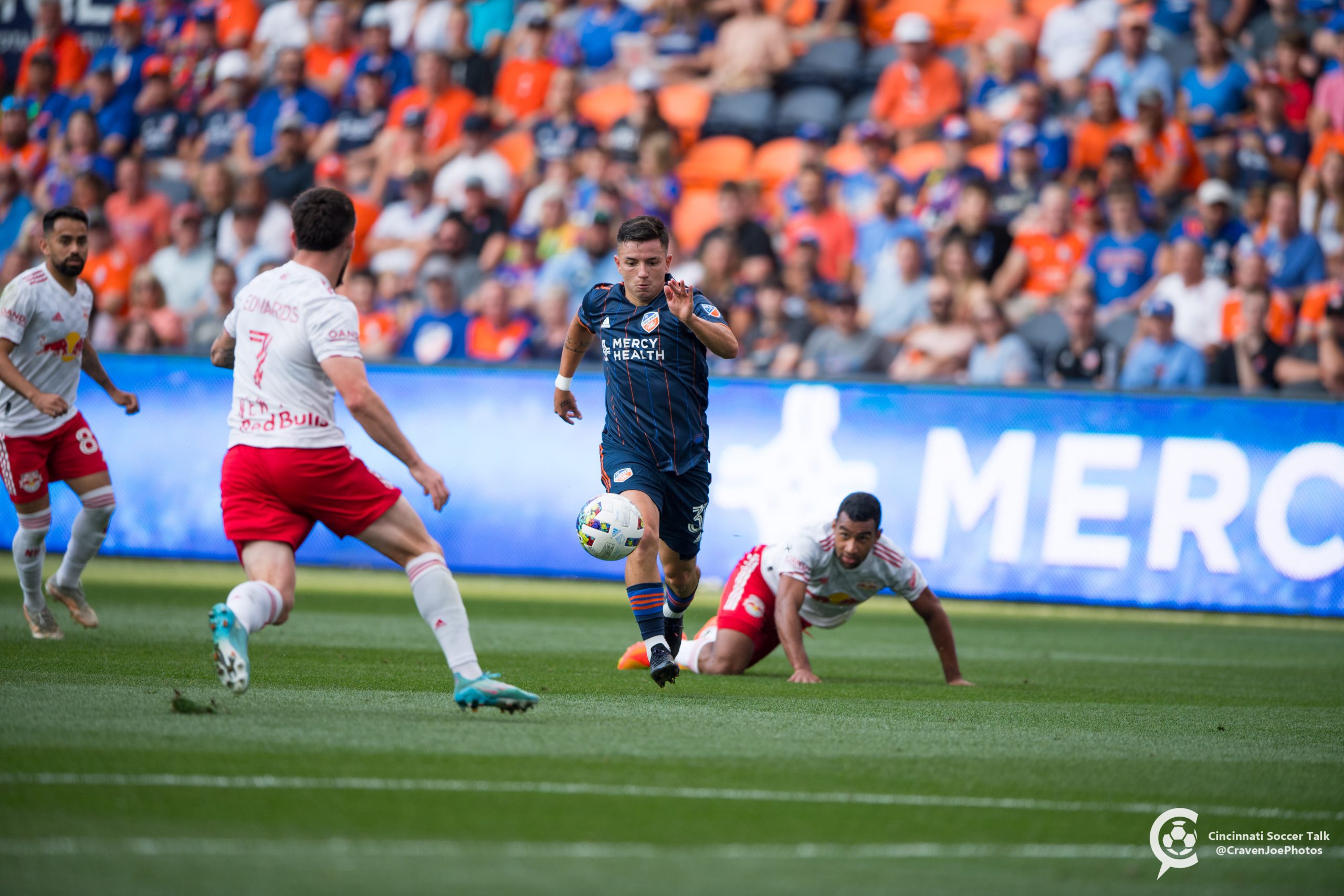 A disappointing home draw with Atlanta the closest site in the rearview mirror, Pat Noonan’s FC Cincinnati side now faces a difficult away game with New York Red Bulls.

The team is on the outside looking in at the MLS Eastern Conference playoff berths, equal on points with Orlando and Miami but behind on goal difference. While there are still plenty of regular season matches remaining (9), the absolute logjam of teams still in playoff contention makes nearly every match a potential 6-point swing and all games undoubtedly vital in the equation of determining the top seven teams that will qualify for the postseason.

In comments distributed by the club to local media, Noonan agreed that the congestion in the table makes each week’s contest crucial.

“Maybe this year in particular a little bit tighter when you talk about the separation from [places] five through 12. You know, you win two games, and all of a sudden you’re jumping from 12th to sixth, seventh place,” he said. “So you can gain a lot of progress based on where things are at. So week to week, results are obviously very important right now in whether you’re chasing or whether you’re above the line … On any given night, anybody can step on the field and win a game. And we’re seeing that and it’s going to be a very tight race as the season closes out.”

Noonan said that the team’s improved results this season provides confidence about chances to qualify for the postseason, but added each result is still crucial to the team’s outlook.

“Well, we’re not ahead of the line (for 7th places and qualification), so we’re chasing it. But I wouldn’t say it feels like we’re chasing it, I think we still do understand how important three points are,” he said. “And where you kind of need to be over the course of these nine games as far as points to be a playoff team. So the earlier we can find three points, the better off we will be as those final games come upon us. We’re well aware, but we’re also below the line. So it’s important that we’re winning games now.”

The game is a rematch of a 1-1 home draw on July 9 that saw team captain Luciano Acosta sent off (and subsequently suspended for three games) for a late-match head butt of New York’s Aaron Long. Noonan said his team, which has four players who are one yellow card away from suspension (Acosta, Obinna Nwobodo, Tyler Blackett and Geoff Cameron) will be focused on getting a result on the field rather than revisiting that incident or any other ill feelings toward the opponents, who feature a physical style of play.

“So we have to understand what the game could look like, and how we can go about some of the things that we did well in the first matchup and some of the things that we didn’t do well to be better prepared and get a better result,” Noonan said. “You don’t have a lot of time and space in any moment. So if you have a good first touch, if you have clear ideas as you’re receiving the ball as to where the next play needs to go, or where the next pass needs to go, then you can find some success in breaking pressure. But it’s not just the initial pressure, the pressure’s going to come from the next wave and the next wave. So you need to be very efficient with how you move the ball and how you find space to break pressure to be able to play forward. So certainly we saw that. I think on the defensive side of the ball, understanding the threats, and then playing forward both in run of play and in transition, and how we deal with transition moments, to make sure that we do a better job of staying connected, which, you know, in the Philly game was good. And then, the Miami and the Atlanta games [it] wasn’t as good as we need it to be. So that’s certainly a talking point this week.”

FCC continues in a vein of good health, with trade deadline acquisition Sergio Santos the latest to be on the verge of a return to the ranks of the healthy after having been injured in his club debut. Noonan said Former starting left back Ronald Matarrita will also be back in training in less than a week, having been out since the early season with an ankle injury.