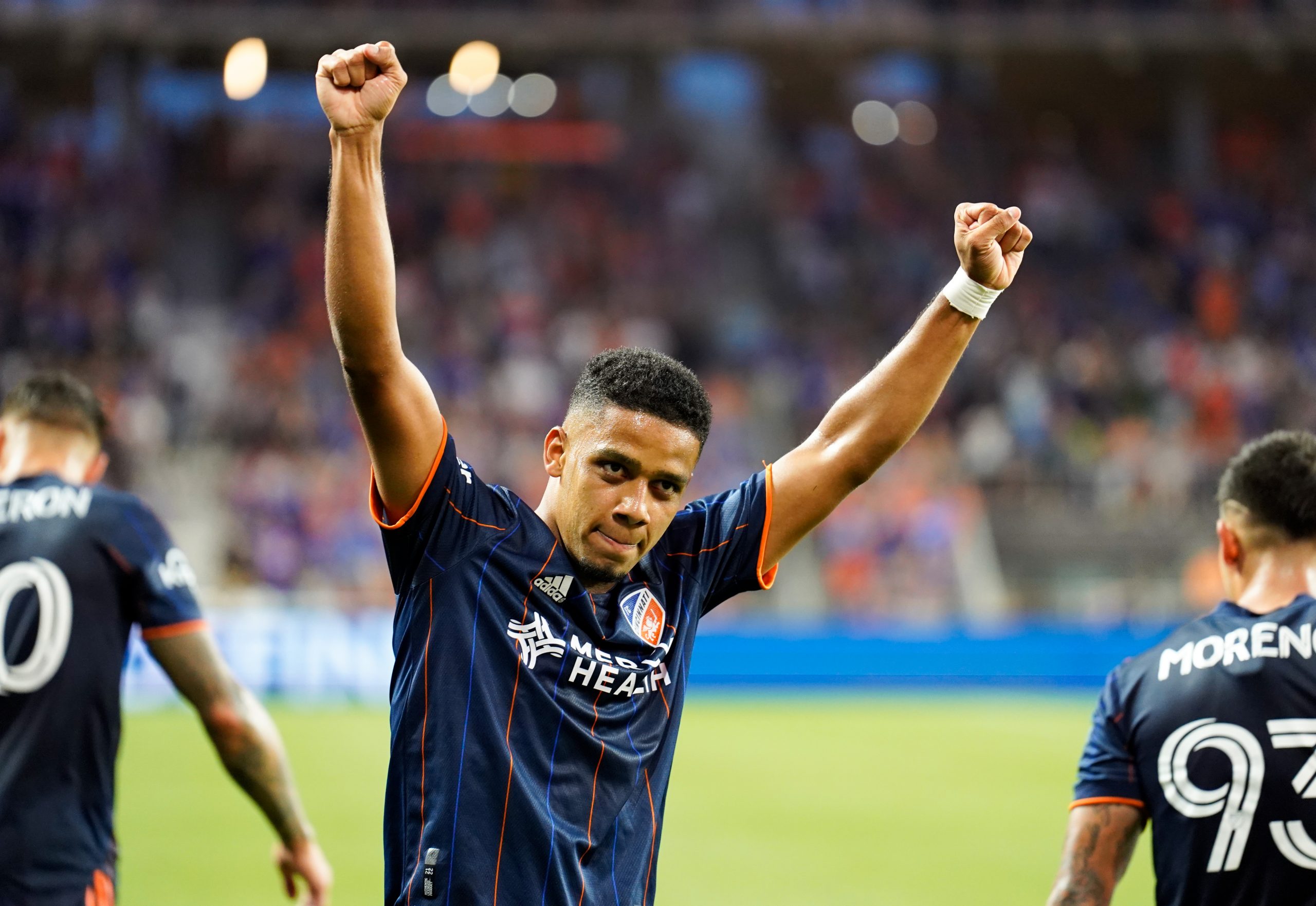 FC Cincinnati pick up all three against Union.

FC Cincinnati got possibly the best win in its Major League Soccer history as they beat the best team in the Eastern Conference by a score of 3-1 in a dominant fashion.

The match started with FCC immediately on the attack, almost netting a goal on the team’s first attempt. FCC continued this attacking speed for much of the beginning of the match. The team looked very good, with the passing, in particular, looking spot-on. Lucho Acosta seemed to be back to his former self in that department as he touched the ball on all three goals.

After the beginning of the match, predictably, the Union grew into the match and started to see more of the ball. Philly did a good job bringing the ball forward and getting into some relatively advantageous positions. However, FCC did a good job getting in the way of the Union’s passing lanes, and didn’t allow them to get in places where the Union could really capitalize.

FCC easily had the best chances of the first half. Acosta, in particular, had a couple of attempts that should have been slotted into the back of the net, but he just wouldn’t actually shoot the ball. He continually tried to find the “perfect” shot where any shot would at least test the goalkeeper. Fans seemed anxious, including me, for one to be netted in the 1st half.

FCC appeared to tally the first goal of the match 36 minutes into the match thanks to a wonderful pass from Alvas Powell to Brenner. However, the Brazilian appeared to have the ball hit off his elbow, leading to VAR taking a look at the goal and waving it off.

The rest of the first half included much of what we have come to expect from FCC seeing out a half, that is almost giving up goals they shouldn’t and squandering performances. However, Philadelphia wasn’t able to put anything into the back of the net.

The second half started much like the first half did, with FCC attacking the Union goal in spades. This time, FCC was able to break through with a legitimate goal that VAR couldn’t say anything about.

Alvaro Barreal was on the left wing and carried the ball until he passed to Brandon Vazquez who was on the left side of the goal. Vazquez got the ball and then expertly flicked and placed the ball into the near post where Andre Blake could not stop it for the first goal of the match.

FCC wasn’t ready to stop its attack, however, as only eight minutes later, Brenner picked up the ball following an Acosta pass and slotted it into the left corner of the goal from the right side of the box.

Following FCC’s two goals, the Union predictably picked up the pace and pressure of its attack, seeing more of the ball inside FCC’s final third. The Orange and Blue, though, did an outstanding job not allowing the Union to get into great places for attempts at goal, other than FCC’s terrible fouls right outside the box. Cincy could have allowed multiple goals from free kicks but was lucky those free kicks were terrible from the Union.

At around the mid-point of the second half, Cincinnati started to see more of the ball and capitalized on that opportunity. Acosta was carrying the ball and played it to Barreal, who then danced forward, in the center of the box who shot it into the back of the net for the team’s third goal of the night, and what appeared to clinch the rout.

However, the Union still had something to say.

Following that goal, the Union brought on multiple new attacking players who brought them a lot of energy. This included Paxton Aaronson, who almost immediately got a goal to bring the Union closer to FCC.

The Union continued to attack the FCC goal and nearly brought the scoreline even closer to a draw. The Cincinnati defense didn’t do an outstanding job stopping these attempts from coming in but did enough to stop them from actually getting the ball into the goal. Roman Celentano had a couple of excellent plays to make sure it stayed outside the net too.

This attack continued for the rest of the match, but there was not enough time for the Union to get more goals, and FCC finished off the night with a win and moved into sixth place in the Eastern Conference.

FCC was fundamentally the better side for the whole night. Other than the final 15 minutes or so of the match, FCC saw more of the ball, got in better positions with the ball, and defended better for the entirety of the match.

After the match Coach Noonan said, “A really good win for our group against a very strong opponent in really good form. We did a lot of good things on the field tonight in terms of how we created some chances to get our goals. There was some really good movement and a good commitment to get to goal and put them under pressure. I was very pleased with how we went about getting the goals. Defensively, really pleased with the overall effort. It would’ve been nice to see us keep a clean sheet, be a little bit smarter about how we see out the game and concede that goal. But that’s really being nitpicky and critical of a moment where it allows belief at a 3-0 score line to allow your opponent back into the game. But I was pleased with how we saw those final 15 minutes out. And again, it was a strong performance and an important win at an important time.”

This was also without new FCC defender Matt Miazga, who will almost assuredly improve the team’s biggest weakness, replacing players like Geoff Cameron or Tyler Blackett and hopefully bring steadiness to the backline.

This win is a statement to the team itself that it can beat the best team in the East and should give FCC a lot of confidence going forward.