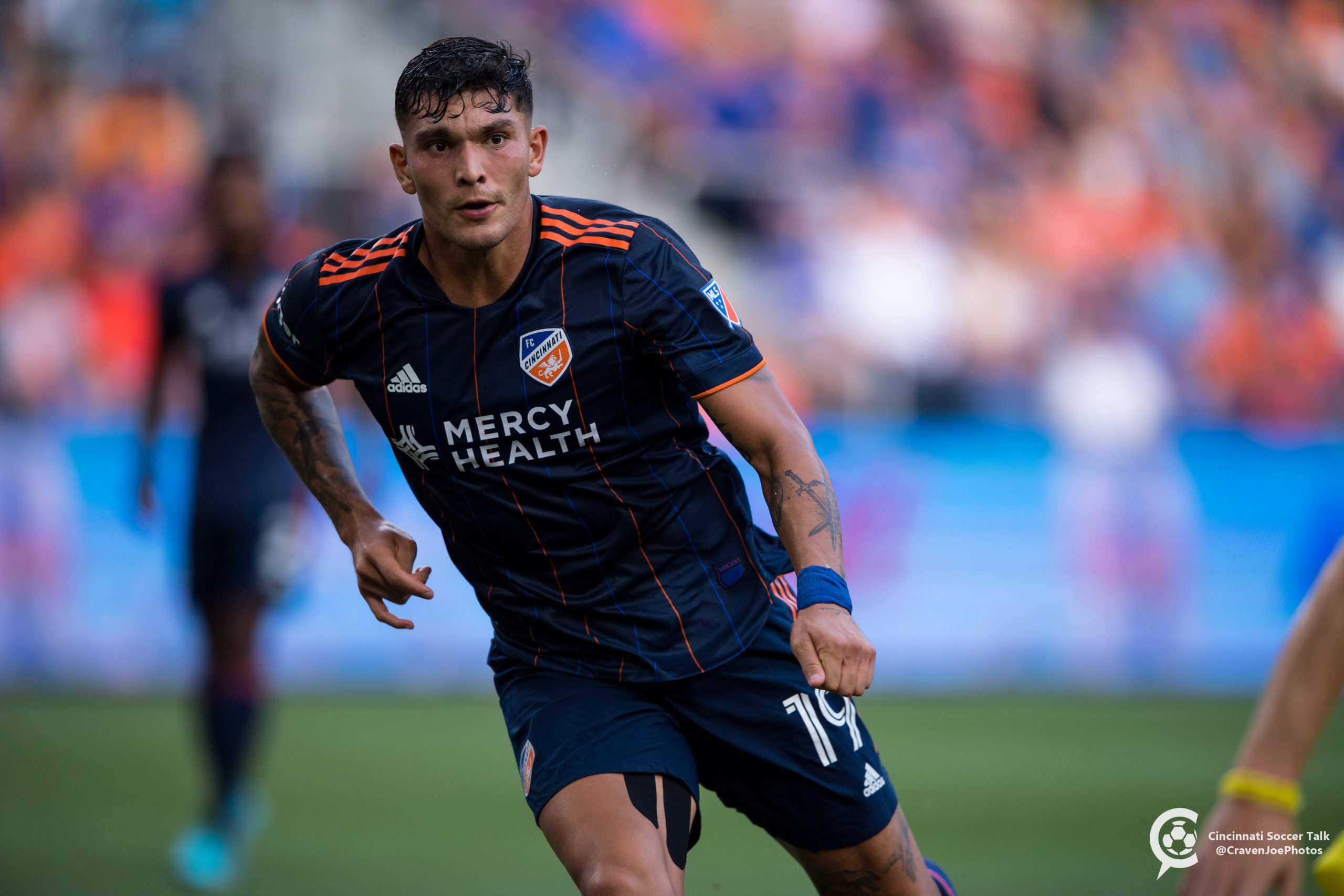 Obi moving forward had a cost

FC Cincinnati’s 4-4 draw on the road in Fort Lauderdale to Inter Miami was nothing if not entertaining. The Orange and Blue overcame a first-half hat-trick from Gonzalo Higuian but, again, a stoppage-time goal denied FCC all three points. The fight back to take the lead was encouraging, especially the play of FCC’s front three, but another draw, especially in that manner, is disappointing.

Much of the blame for FCC’s defensive lapses fell to the center backs. But the impacts weren’t entirely their fault. For much of the game, FCC’s center backs were put in difficult positions in transition. In his postgame news conference, manager Pat Noonan alluded to the defensive situation, “I thought it was a chaotic game. Too stretched out.” He went on to say, “I thought if we had some more composure and patience with the ball and better decision making, we could have found our way into the attacking third and ways where we could be able to create chances, but also be able to defend higher the field.”

As Noonan mentioned, FCC did invite pressure with giveaways and poor passes in the middle and final thirds of the field. Following those turnovers, Miami was set up to take advantage. Miami’s wingers provided passing outlets by staying high and wide, giving them space behind FCC’s wing backs who were drawn forward in possession. Robert Taylor and Indiana Vassilev had multiple opportunities to run at FCC’s retreating center backs with a full head of steam.

Obi Nwobodo’s role against Miami might have had something to do with the space afforded Miami’s wingers. Per Football Reference/Statsbomb data, Nwobodo was responsible for 10 of FCC’s 40 pressures in the attacking third. FCC regained possession within five seconds of Nwobodo’s pressures just seven out of 41 pressures. If and when Miami could bypass Obi, there was lots of space in behind.

Also, because Nwobodo pushed the ball forward on the dribble more than in previous games, FCC missed his ability as a midfield destroyer more. His 244  progressive distance on carries was by far the highest of the season, topping his 199 last week against Nashville. So when FCC lost the ball after a marauding Obi run higher up the field, he wasn’t there to clean up.

Brenner and Brandon Vazquez showed how good they can be playing together against Miami. Both finished with two goals on the night and both got into good positions to take their chances. Brenner’s second goal showed how effective the two strikers (plus Lucho Acosta) can be together. Vazquez’s hold-up play to find Lucho, Brenner making a perfectly timed run, Lucho’s inch-perfect pass, and Brenner’s finish leveled the score in the blink of an eye.

That's a brace for @09brenner to get us even again! pic.twitter.com/VYKuG2K2EO

When Brenner returned to the starting lineup after the international break in June, there was some element of doubt about how they’d play together. Would both be able to get shots in dangerous positions or would one striker crowd the other out? In the last nine games, Brenner and Vazquez have combined for 13 goals on 9.3 xG. According to Football Reference, for the season, Vazquez’s stat line looks nearly identical for when he starts with Brenner and when he doesn’t.

If you discount the games before June 18, Vazquez’s stat line improves even more. The two players have settled into roles where they can both be dangerous goal threats as well as work together to build possession. With both strikers firing on all cylinders, FCC should be dangerous enough in front of goal to make a strong playoff push.

Lucho Acosta returned from his three-match suspension and picked up right where he left off. He finished the match with seven key passes and 0.9 expected assists plus one actual assist. He created seven shot-creating actions for teammates. Lucho’s influence in “Zone 14” gave FCC an element it had been missing in his absence. 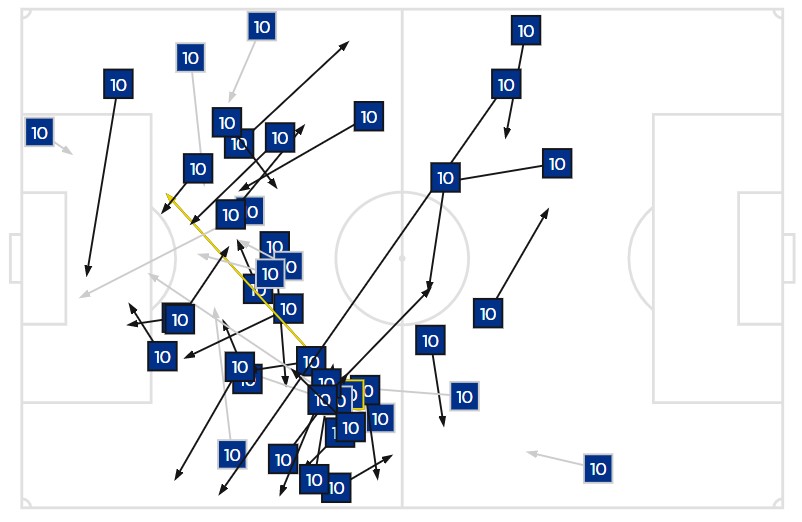 Alvaro Barreal filled in gamely but there’s no substitute for Acosta pulling the strings. Add to that the danger Barreal can create from wide areas and it’s clear how much more dangerous FCC is with a full complement of attacking players. Acosta will have to keep up his MVP candidate-worthy form if the Orange and Blue will make playoffs but he hasn’t shown signs of slowing down yet.