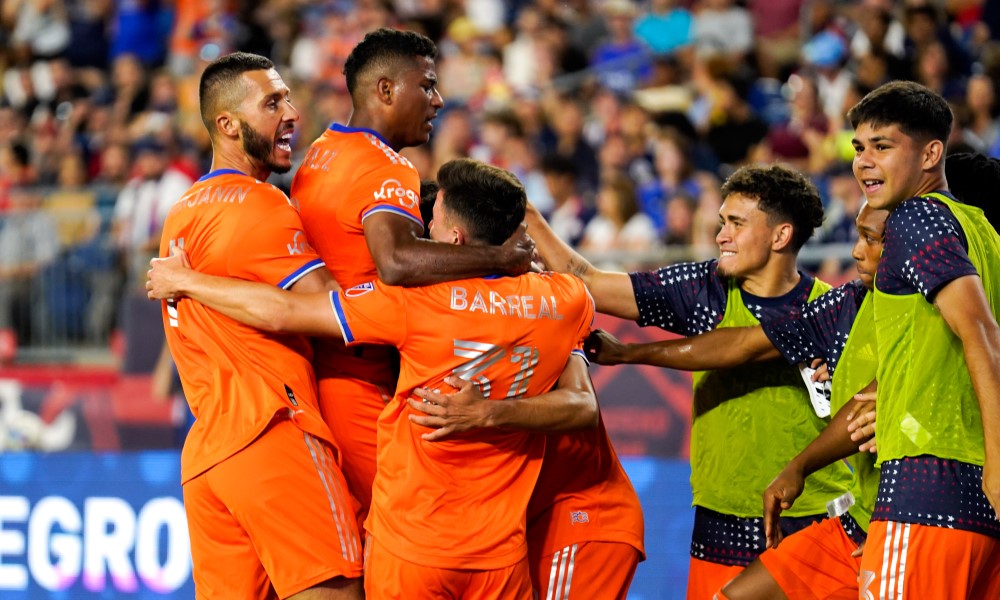 Like a trip into the great unknown, FC Cincinnati’s adventure of a season continues Saturday.

This time Pat Noonan’s team faces first-placed New York Red Bulls at TQL Stadium, trying to preserve its four-match unbeaten streak and further establish the team’s credentials as a bona fide playoff contender. That the rest of the league is taking notice was again made evident this week when Luciano Acosta was voted MLS Player of the Month.

Noonan emphasized that while individual honors have some value, they mainly matter in context of the team performing well. In comments distributed to local media by the club, he discussed how the full squad are buying in to the coaching staff’s vision for success.

“Anytime you have change and something new, it’s just an opportunity for everybody. It’s a restart, it’s fresh,” Noonan said. “With us coming in as a staff it was how do we evaluate these guys and leave the past behind us and just say, ‘Okay, how are you performing now? How do you take on information? And how are we putting them in a position to succeed?’ But also letting them know, you’re gonna get a chance.  And can you take the most of that opportunity and help our team succeed and help our team continue to grow? And I think when you message that, when guys see that there’s going to be an opportunity for them if they’re performing, I think as a player, they at least sense or feel that they have a coach and a staff and teammates that believe in them. And that’s important in stepping on the field to compete and to produce. I think we’ve seen good strides with our group from an individual level and also collectively with where we’re at now and where it started.”

Noonan knows the opposition will be daunting on Saturday evening.

“I think that the opponents at the top of the table speaks to the balance of the conference in a league where if you win a couple games, you can jump pretty quickly or drop pretty quickly,” he said. “It is a strong opponent, and certainly a Red Bulls team that has had success on the road early on this year. They understand how to how to approach the road games in ways to get results. We know it’ll be a challenging game.

FCC is linked to have acquired Sergio Santos from Philadelphia. He is scheduled to arrive in Cincinnati on Friday, but time will tell if he can be included in the squad for Saturday’s game. Dominique Badji remains sidelined with a leg injury and looks to be out for at least another month. Midfielder Junior Moreno is getting closer to returning, but Saturday’s game will come too soon for him. Obinna Nwobodo returns from his yellow card suspension.