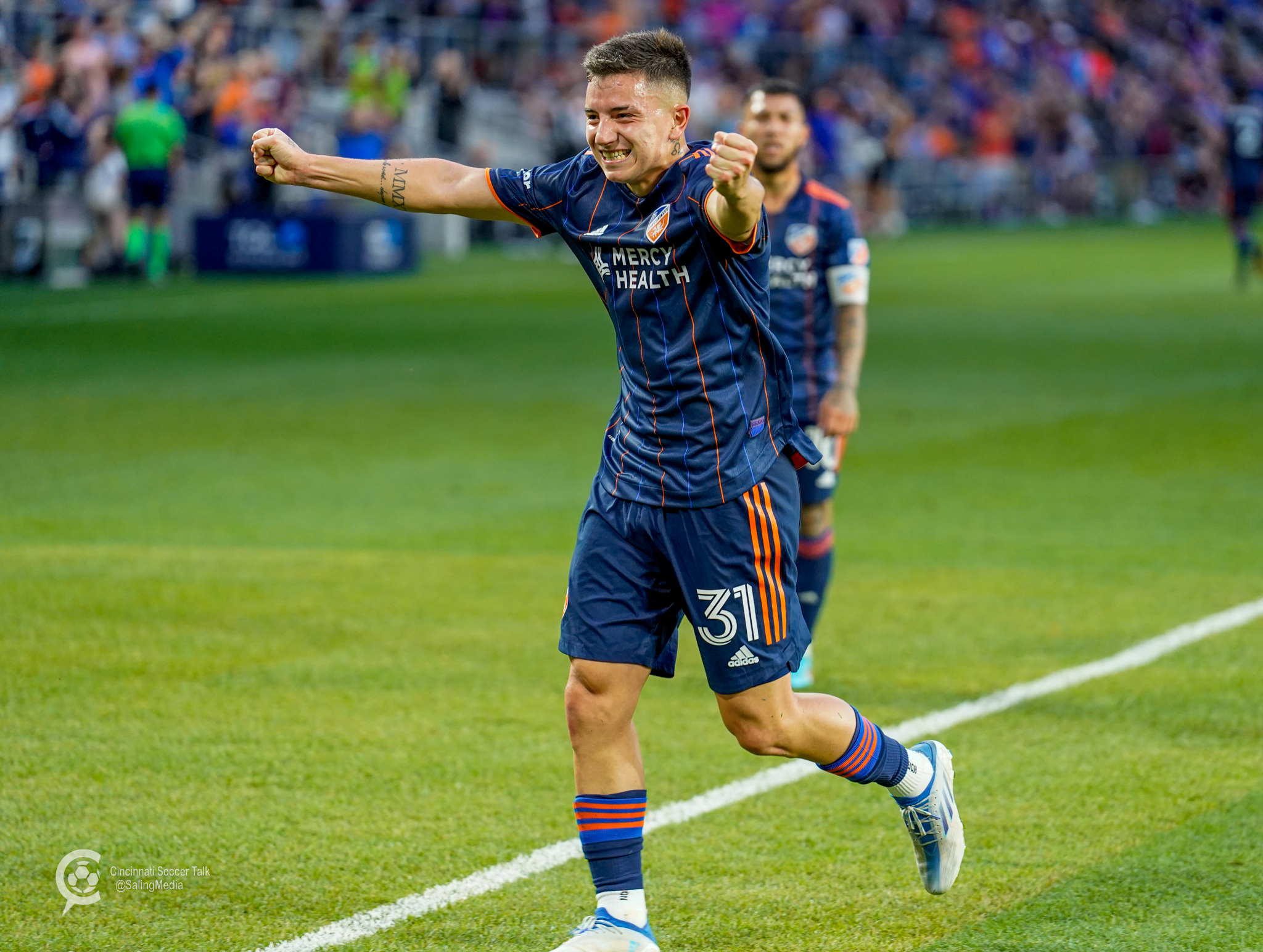 FC Cincinnati kicks back off against the Union after the international break.

FC Cincinnati travel to face the Philadelphia Union on Saturday night, in a match with no shortage of story lines.

Saturday marks a return to match action for FCC following an unusual three-week hiatus, which took place at least partly due to an international play (but not entirely given that some teams, including the Union, played league matches over this period).

Given that FCC head coach Pat Noonan is still in the first half of his first season with the Orange and Blue, it seems logical that the extra time of training without game interruption could be useful as the team continues to grow into Noonan’s system (for a good breakdown of how that system is evolving before our eyes, check out Nate Gilman’s piece on the site here.

Even without experiencing the on-field results yet, Noonan is convinced the break will be beneficial to his team’s performance.

“We’ve improved. It’s been challenging because of the conditions to really get out of it what you want to as far as duration of what you’re doing, the length in each exercise in how hard you can push guys, because it’s physically demanding,” he said. “We’ve had to kind of adjust the week with durations just to maintain intensity and what we’re doing. I was pleased with some of the days with the execution and the mentality and I think there was a couple days where you could tell fatigue, or just lack of execution, had us struggling a bit. Hopefully it came at the right time in terms of the preparation phase for Philadelphia and so we can get it right when we step on the field on Saturday.”

Of course it’s a field Noonan has been on many times before, but as a member of the Union coaching staff. Other club members who used to ply their trade in Philly include technical director Chris Albright and players Ray Gaddis, Haris Medunjanin and Alvas Powell. The manager acknowledged that he will enjoy crossing paths with a number of former colleagues.

“It’ll be neat to see a group that I spent a lot of time with and say a quick hello,” Noonan said. “You’re limited with time, those interactions and conversations will be likely brief before the game or a little bit after the game. But it’ll be good to be back at Subaru Park and see some familiar faces and compete against each other.”

That said, the storyline related to FCC’s attempt to improve and become a force to be reckoned with in MLS is the one that interests Noonan the most. His team has already equaled the club record for season wins (in MLS play) with six, but consecutive one-goal losses to New England and Montreal have reminded supporters and other observers that this team is still a work in progress, especially in defense.

“I’m looking forward to it for certainly the relationships, but just to see where we’re at out of this break as a group with who we’re going to have on the field with who’s available for selection to see how we look from this time off,” Noonan said. “But it’ll be a good challenge for us.”

The list of questions about selection seemed to grow as this week has progressed. Midfielder Junior Moreno is battling an injury and Yuya Kubo is in Covid protocol. Luciano Acosta should be available, Noonan said, but may begin the match on the sideline due to the time he’s lost from training.

Philadelphia, on a run of one win and three draws, are led in scoring by Daniel Gazdag with seven goals, and Julian Carranza with four. Former U.S. Men’s National Team midfielder Alejandro Bedoya is a stalwart, along with goalkeeper Andre Blake and defenders Jakob Glesnes and Nathan Harriel. Noonan pointed to the Union defense first in analyzing the team’s strengths.

“I think [Philadelphia] defensively as a unit are very tough to break down, they do a good job of getting pressure to the ball in the moments where their pressure is broken, they have players behind the ball that understand how to defend in an emergency situation, how to defend 1v1, a great goalkeeper, I think we all know that,” he said. “A very stable team defensively, they’ve had consistent time together, that always helps in improving. But they have certainly some new pieces up top that weren’t there in my time. They do a good job of stretching teams out but they also do a really good job of picking up second balls and moving lines and playing in the opponent’s half. We need to be aware of those things and even if we’re aware of them, it’ll come down to how we’re able to make plays in those ways.”