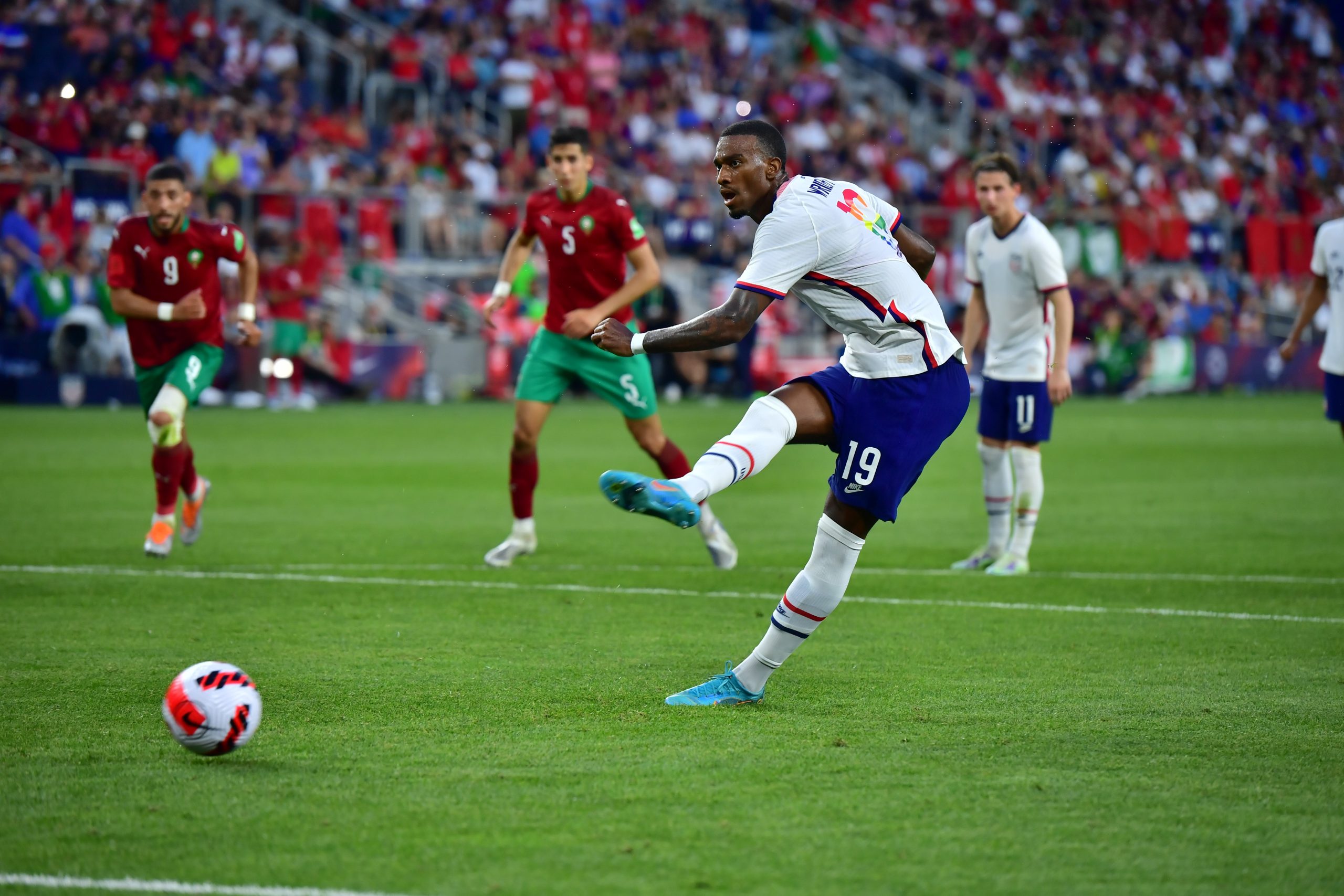 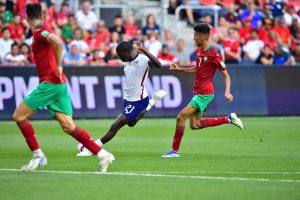 Christian Pulisic could have taken his shot at goal after gathering in a long pass from Walker Zimmerman in the first half on Wednesday, but instead he passed to Brenden Aaronson who scored the game’s first goal.

In the second half, Pulisic drew a penalty, but after standing over the ball while the Moroccan players argued with officials, the Chelsea man deferred to his former U17 teammate Haji Wright, who scored his first goal while earning his first cap.

The U.S. men’s national team beat Morocco 3-0 at TQL Stadium, in one of six matches they’ll play in preparation for the 2022 FIFA World Cup in Qatar which starts in November.

“We talked before this game with this group about establishing a baseline of how we can play against World Cup opponents,” head coach Gregg Berhalter said. “I felt like the group went out and showed how good we can be, and at times how vulnerable.”

His thoughts on attendance aside, Pulisic featured prominently in the match. Partly for his skill – evidenced by a superb first touch on the Zimmerman pass – but mostly for his leadership and unselfishness.

Pulisic became the fastest USMNT to reach double-figures goals and assists. He did it in 49 games, besting Landon Donovan who reached that mark in 50 games.

Apparently Pulisic wasn’t pleased with the crowd of 19,512, which included a sizable contingent of Moroccan fans. But that wasn’t the story after the game.

“When you see Christian giving the penalty to Haji, it shows just how selfless the leaders on this team, desperately wanting each other to succeed,” Berhalter said. “Haji has had a different path than most have had, but he’s here now and that’s all that counts.”

The last time the U.S. men’s team graced the pitch in TQL Stadium, World Cup qualification was not yet secured, though it appeared more promising after a resounding 2-0 win over Mexico.

On Wednesday, the Americans returned to the West End to play the first of six matches including four at home before heading to Qatar in November for world football’s biggest stage.

“Regarding Brenden, he gave us energy, he gave us bite,” Berhalter said. “To arrive in the penalty box like that on Christian’s play that he ends up scoring, shows great effort and tenacity. It was nice having that many skillful players on the field.”

In other roster news, goalkeeper Sean Johnson replaced Zack Steffen who withdrew from camp for family reasons and midfielder Djordje Mihailovic who suffered an ankle injury in CF Montreal’s 4-3 win over FC Cincinnati on Saturday, withdrew on Monday.

The average age of Wednesday’s lineup was 25 years and 35 days.

Morocco was the more threatening side in the early stages, but the newest American entrant into the English Premier League put the home side ahead in the 26th minute, with an assist from his new Chelsea rival.

Christian Pulisic who was captaining the U.S. team for the ninth time, gathered in a long ball from Walker Zimmerman and fed a pass to Aaronson on the left, and the Leeds United signee buried his shot to put the U.S. up 1-0.

“It was magical,” Aaronson said, of Pulisic’s first touch to corral the pass.

Six minutes later, Weah blasted a shot from just outside the box through the hands of Moroccan keeper Yassine Bounou to make the score 2-0. Bounou had no chance as Weah’s effort sailed off his hands into the back of the net.

In the 63rd minute, Pulisic earned a penalty when he was shoved down in the box. After a lengthy discussion between Moroccan players – three of which earned yellow cards – Pulisic stood over the ball before handing it to Wright who delivered coolly.

“We go way back so …. he needed that goal and said he was confident, so I wanted him to get that confidence,” Pulisic said. “It’s his first game back with the senior team. I’m really happy he scored.”

Wright became the 56th player to score in his USMNT debut.

Morocco missed a golden chance when Sellm Amallah’s penalty caromed hard off the crossbar in the 75th minute. But outside of a flurry of half-chances in the first half, the U.S. side kept control of the match.

Weston McKennie returned to the squad for the first time since suffering a broken foot in February while playing for Juventus in the UEFA Champions League. And as promised, he played the final 20 minutes.

Berhalter’s team was drawn into tough World Cup Group B with England, IR Iran, and either Ukraine or Wales. Much work remains, but Wednesday was a start.

“For a World Cup qualifying team, to win 3-0, it shows what we can do,” Aaronson said. “I don’t think it felt like a friendly. We’re both trying to get ready for the World Cup. We have the whole country behind us. We don’t feel like a bunch of kids anymore.”