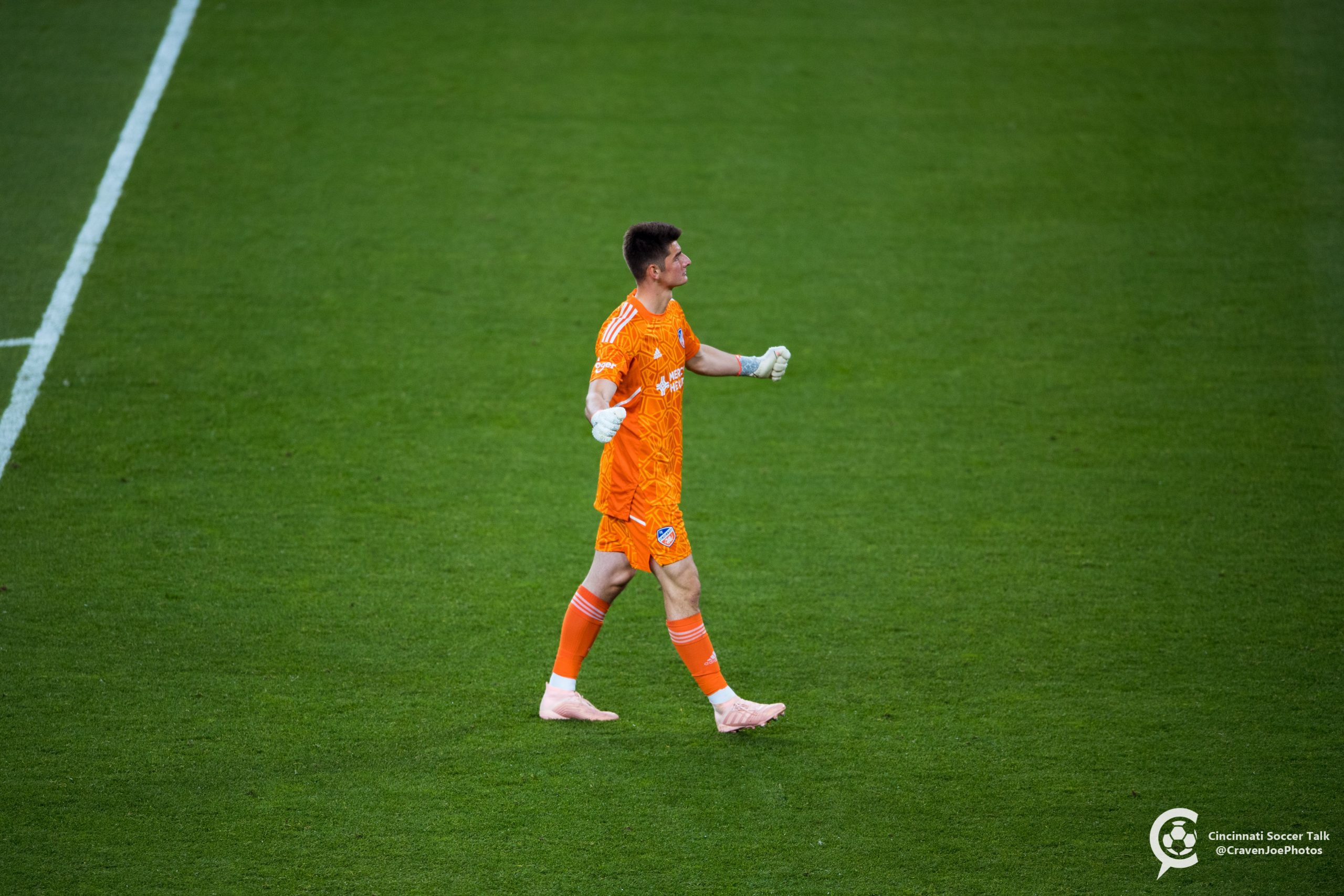 Early mistakes were hard to overcome but Cincy fought back.

The match started with an opening blitz from Montreal, as they really came out of the gate looking strong. The first few minutes of the half saw Montreal put a lot of pressure on the FCC backline. The pressure nearly paid off early as Lucho Acosta appeared to be put off by the referee. That allowed Montreal to intercept and nearly score the opener.

Following this opening bout of pressure, FCC started to get into the match and see some more of the ball.

It wasn’t long after that that Alvaro Barreal had a great chance to get the opening goal himself but hesitated for what felt like an hour, and then the chance was gone. However, a Montreal defender hit the ball out for an FCC corner. Brandon Vazquez got on the end of the ball, and deflected it to Junior Moreno, who put the ball into the back of the net to put Cincinnati up first.

Not long after FCC’s goal, Montreal equalized with a goal in almost exactly the same way as FCC. Joel Waterman got on the end of the ball and equalized for Montreal.

Following the goals, both sides saw a decent amount of the ball and the match seemed to open up for them.

This culminated in multiple chances near the end of the half for FCC that the team couldn’t capitalize on, including a beautiful pass from Vazquez to Dom Badji.

These chances led to a wide-open look for Romell Quioto who got in between Hagglund and Powell and dribbled in. Powell seemed to have it handled but couldn’t get out of the way after a slide. Then Celentano looked to have it in his hands, but didn’t, allowing Quioto to easily tap it in for a goal. Montreal got the lead going into the half after a 1 on 3 goal.

After the break and only 22 seconds in, Montreal extended their lead to two goals thanks to a hit from Mathieu Choinière.

Much like the first half, not long after a goal, the opposing side was able to break through. FCC continued its work to try and score, and this time the efforts worked, as Acosta played a great ball into the middle of the box and Barreal hit that into the back of the net.

Then, shortly after that goal, Nick Hagglund appeared to have the ball hit off his hand while trying to back away after a cross. The referee went to VAR and called for a penalty kick. Quioto lined up to the spot and scored, but Celentano nearly saved it as he guessed the right way but the ball was just hit too well.

However, this goal to re-extend the Montreal lead to two didn’t stop FCC’s attempt to equalize. FCC continued to try and put pressure on the Montreal goal and did a decent job getting good looks near the goal.

FCC got its third goal of the match following Brenner’s emergence into the match, as the Brazilian played the ball to Junior Moreno, who was outside the box, and who sweetly struck the ball and steered it into the goal.

Much of the rest of the match included FCC putting immense pressure on the Montreal goal. FCC was not able to get the equalizing goal, and that can be directly translated to the team’s horrendous finishing in the first half. The team must improve in this area. Noonan seemed quite upset with the blown chances in his halftime interview.

Also, some of the luster on Celentano has started to come off. He made some definite mistakes today, most noticeably the goal at the end of the first half. He is, of course, only a rookie, so it’s ok that he needs to improve, and we need to realize that.

Overall, this match was a very disappointing affair for FCC. They had multiple chances to get at least a point but weren’t able to do so.