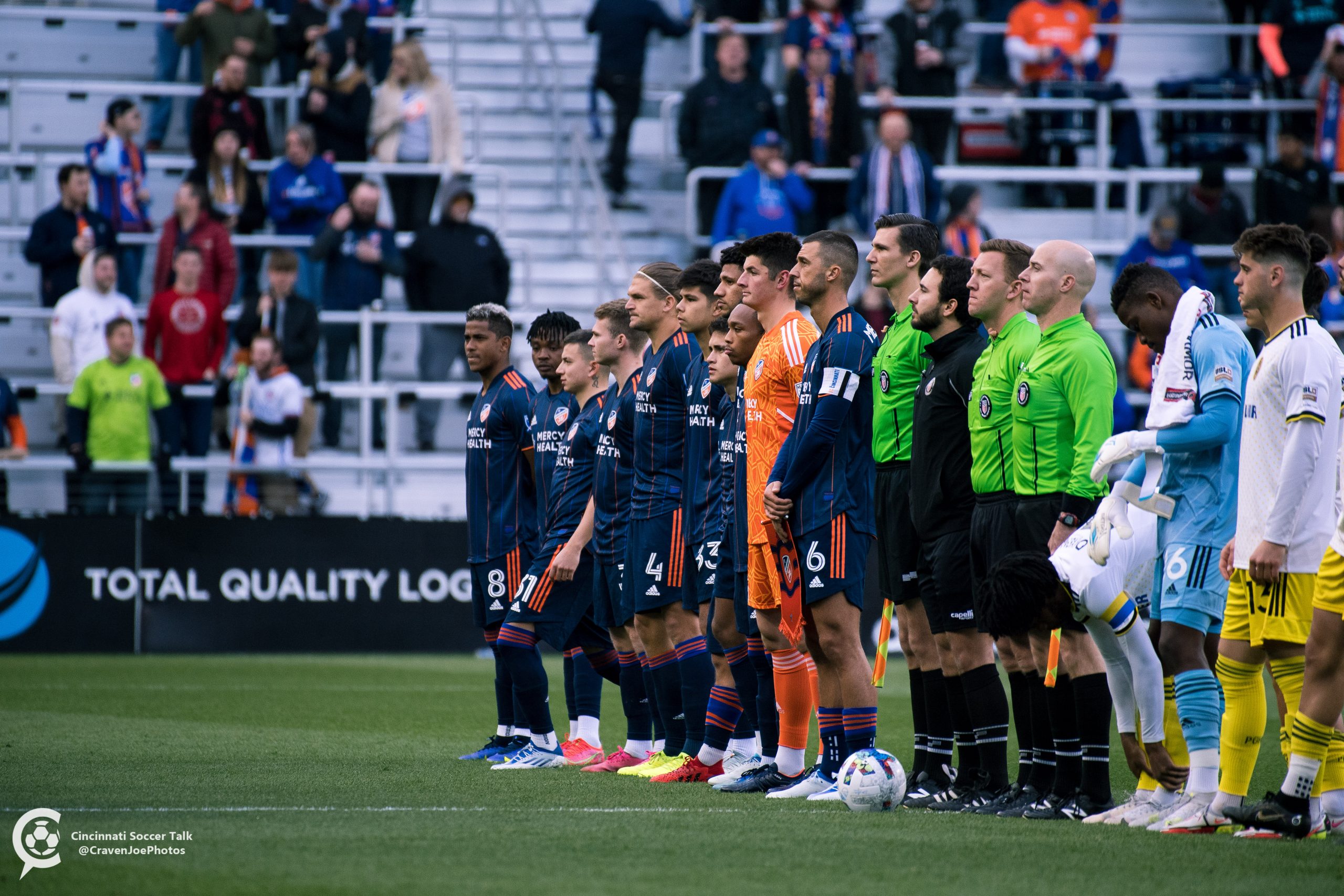 Coming off a close loss that actually served to boost confidence in the team’s prospects this season, FC Cincinnati will travel north of the border to face Toronto FC Saturday afternoon in an MLS encounter.

If that performance wasn’t enough to whet local appetites for the match, the prospect of seeing the club’s new DP signing in action for the first time should do the trick.

The Orange and Blue (2-5-1) gave a very good account of themselves at home Sunday, dropping a 2-1 decision to Western Conference leaders Los Angeles FC despite missing a number of starters to injury. The team’s attacking vigor and competitive mentality that was on display in the match have observers on the team intrigued at just how much this team has improved from the previous three seasons’ version of FCC.

Noonan knows none of that will matter if his team doesn’t step up to face the challenge posed by Bob Bradley’s Toronto FC side on Saturday.

“We’re prepared for a team that can get after the ball defensively in ways that can make you uncomfortable,” Noonan said in comments distributed by the club to the media. “So how do we find solutions to being able to deal with the pressure moments? And then with the ball, a team that has the quality to move the ball quickly. They can beat you through the middle, they can beat you in wider areas if they’re playing with the wing backs. It presents a good test for us. And we know when we step on the field that it’s going to be an intense game, and we need to be prepared to match that intensity, but also have some quality with certain areas of our game to be able to get a result.”

Toronto is 3-3-2 this season, with a trio of 2-1 home wins over DC United, NYCFC and Philadelphia the season highlights. The team has scored 15 goals in eight matches, conceding 16.

The team’s leading scorer is newcomer Jesus Jimenez, a 22-year-old forward who joined the team from Spain, by way of Poland. Jimenez has six goals and an assist so far. Other fixtures in the starting lineup include midfielders Alejandro Pozuelo, Jonathan Osorio (two goals and four assists each), Michael Bradley and Jacob Shaffelburg. In defense, the regulars are Lukas MacNaughton, Luca Petrasso, Carlos Salcedo and Shane O’Neill. Alex Bono holds down the fort in goal.

The Toronto squad is enjoying close to full health, but FC Cincinnati manager Pat Noonan is still managing an array of injuries in his team. One result of this is that 20 different FCC players have started at least one MLS match this season.  Some of the lineup questions for Saturday revolve around players recovering from injuries such as forward Brandon Vazquez, defenders Geoff Cameron and Ray Gaddis and goalkeeper Alec Kann.

New signing Obinna Nwobodo arrived in Cincinnati this week and had his first training session with the club on Thursday but Noonan (while not ruling out his involvement Saturday) emphasized caution regarding inserting the Nigerian into the lineup too soon.

“We have to be smart with his inclusion into the group. He’s been here training, really, for the first day. He’s been here a couple days, but today, it was his first real push as far as intensity with our group,” Noonan said. “While he’s in good form from the games that he’s got under his belt, it still is a new team, new ideas. And so we need to be smart about how we give him information and how we build with his minutes. The positive is he’s available for selection.”

Make no mistake however, Noonan is bullish on the impact Nwobodo can have on this FCC team.

“It was nice to have him with the group today on the field. He’s coming off of a long travel last couple days,” he said. “You can see his impact on the group and in training just with his ability to cover ground; win balls; break up plays; get us moving forward. And that’s with him being a little bit rusty after the travel, so there’s better to come.”

For his part, Nwobodo acknowledged that the long flight to Cincinnati followed by a quick trip to New York for visa-related procedures has left him a bit “rough,” but he was glad to get his first training session in on Thursday. Despite not knowing a lot about the FCC squad or MLS in general, the midfielder is excited at the prospect of his new club and league.

Nwobodo added that the only guarantee he wants to make to FCC fans is that he will produce maximum effort every time he steps on the playing surface.

“I cannot say much the only thing I can say is that they should expect that I will always give my best in every given time that whatever I’m able to do, it will be my best,” he said. “I will never give something short or less than my best. So, I will always give everything and then we’ll see how it goes.”