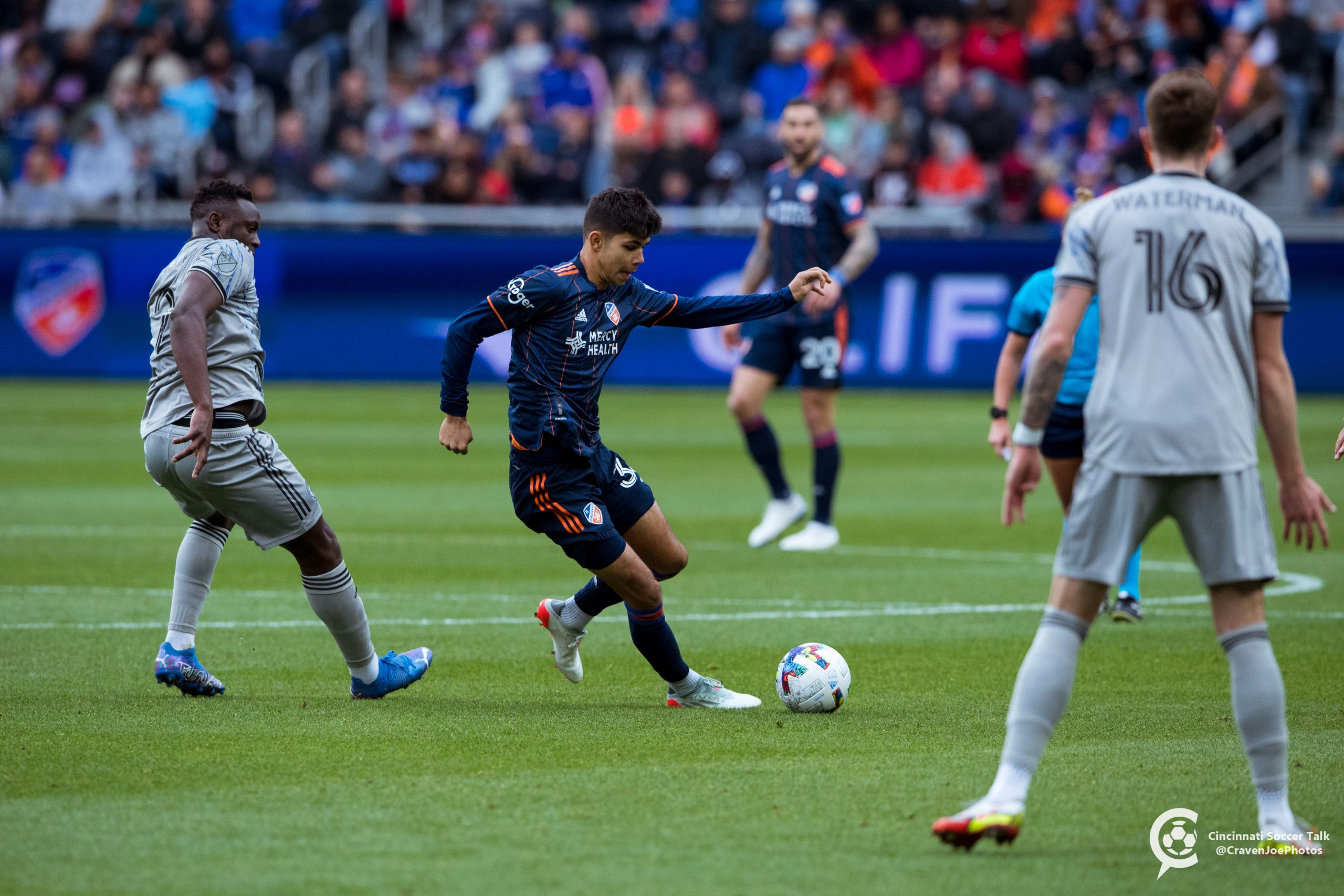 When running a soccer club, a crucial long-term goal is to develop players. Development is done in many different ways around the world, from an academy structure, to a reserve team structure. Both are key in producing talent that can feature for your club for years to come.

FC Cincinnati has been working on their development pyramid for years.   On a graphic from the Nijkamp-era, there was a visual pyramid structure, depicting the process a player would take to reach the first team. It was very elaborate, but far-reaching, when you look back on it. 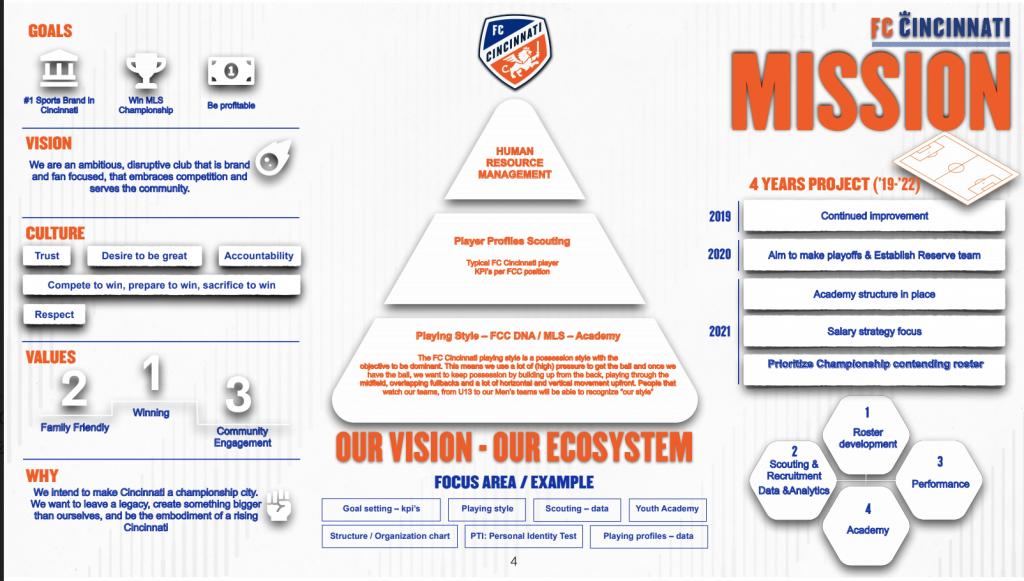 Of course, Nijkamp was let go of, so Chris Albright had to step on to the scene. In this time, the reserve team started its roster build, and now they find themselves 2 games into their inaugural season.

In today’s article at Cincinnati Soccer Talk, we are going further into the development structure, specifically the reserve team, for FC Cincinnati. The emphasis for this article is to show how pivotal it is to a club’s future.

In one of my last articles, I discussed the development structure a little bit, but with the roster constructed, and matches actually being played, I decided to go a little more in depth with the subject.

It is hard to stress how important reserve teams are for development. They provide the middle ground, a bridge of sorts between the academy and the first team. This allows a combination of young stars, and fringe first-team players to combine, and develop their talent further, until they can reach the top of the pyramid.

Reserve teams’ purposes aren’t for competition, but solely for bringing players further up the development pyramid. While it’d be great to see the reserve team win in their league, it’s not the most important factor. They can serve as a backup team in case of injuries and outgoing transfers as well.

Recently, MLS revealed their plans to create a development league (basically a reserve league with Rochester being the only independent club) to further their goal of becoming the top producer in young talent. This was a great sign for FC Cincinnati.

It was announced that this season would be the first for a lot of the club’s reserve teams, including the Orange and Blue. They hired Tyrone Marshall as the head coach, and built a roster combined with players from the academy, and the first team. Their first match was against Philadelphia Union 2, in which they suffered a 2-0 loss. FCC2 followed it up with a 2-1 win over TFCII.

There are many structures set up across the world that are successful at developing talent. Recently, these setups have reached the United States. Domestically, there is perhaps none better than FC Dallas’ setup. They have continually produced talent, for their first team, and for the rest of the world.

Weston McKennie, Rogelio Funes Mori, and Bryan Reynolds are some of the players to come out of the academy. Many of these players go on to play for the USMNT, or even stretch their talent at a European club.

FC Dallas’ reserve team, North Texas SC, has continued to develop their club structure. They won USL League One in their inaugural season, and two of the stars on that team had great futures ahead of them. Ronaldo Damus, and Ricardo Pepi were the two players who shined the brightest, and they would go on to continue doing so.

Pepi reached the first team of the club, where he would win MLS Young Player of the Year, and transfer to FC Augsburg for 18 million dollars. Damus transferred to Orange County SC, and was a key factor in their USL Championship winning season last year.

Granted, it will take a long time for FC Cincinnati to reach a point where they consistently develop talent for the first team, and maybe even for the world to see. But, they are at a great place. The structure is set up with their reserve team, and all they have to do is wait for a talented player to reach the first team, and become a star.