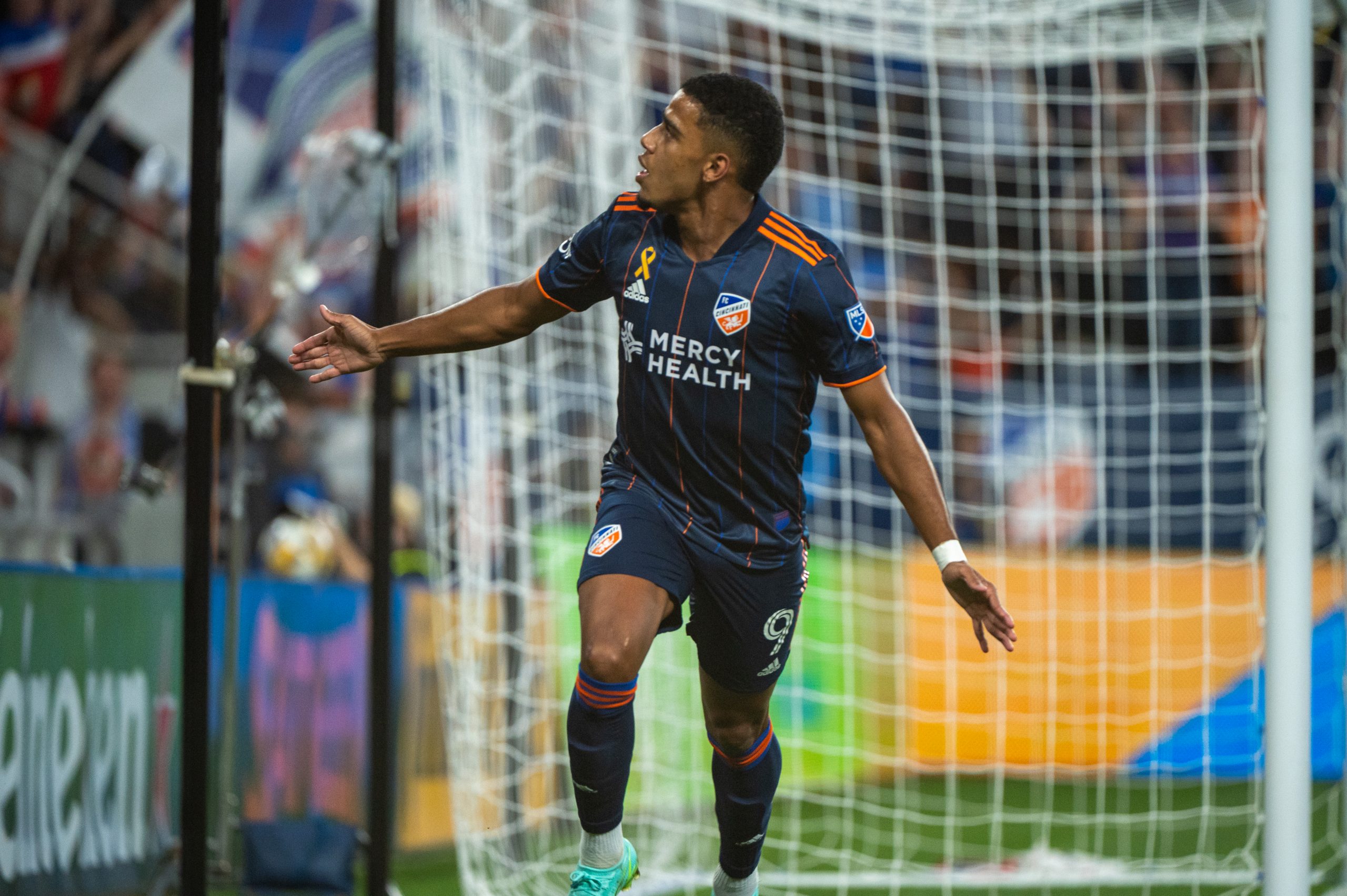 As FC Cincinnati looks to break out of its winless, goalless start to the young season, there is a primary opening question prior to Saturday’s match at Orlando City.

As FC Cincinnati looks to break out of its winless, goalless start to the young season, there is a primary opening question prior to Saturday’s match at Orlando City. Will FCC fans see the opening weekend version of Pat Noonan’s side that took a heavy 5-0 loss in Austin, or last week’s performance where the side looked the more likely to score a winning goal before falling to a last-minute penalty from DC United’s Ola Kamara?

In comments distributed to media by the club, Noonan spoke this week about the team’s desire to keep moving forward, driven in part by both the improvement from week one to week two, and the disappointment from not securing a result despite a good performance vs. DC.

“I think the response has been good. Again, the disappointment with the result doesn’t leave you after one night. So it’s still something that you want to fix. You want to get those results going your way, especially when you have performances like that,” Noonan said. “So the message was the progress that we made from week to week was a positive one, but the result was the same. So now how do we continue to progress with the right results? To continue to grow as a group with the confidence and expectation that those performances end in wins?”

While there’s a hope to see a continuing positive trajectory in terms of on-field play Saturday evening in the Sunshine State, this is still a team that has lost 14 matches in a row, dating back to September 11 of last season. The team’s lineup remains largely unchanged from most of that spell and one of the losses in that streak was a 1-0 home defeat to Orlando City in October, courtesy an early goal from midfielder Junior Urso.

Then there’s the fact that winning on the road in any sport remains a difficult proposition, but especially for this team. FCC has gone 12 away matches without a win since a 2-0 victory over Toronto last June 26. In that span of road games, the team has been outscored 39-13. When the teams last faced off in Orlando, City came up with a comprehensive 3-0 triumph on May 1. In fact, the Lions have lost just three games out of 28 played at Exploria Stadium since 2020, compiling a 15-3-10 home record in league play.

Orlando City has begun its season brightly, defeating Montreal 2-0 on goals from Benji Michel and Alexandre Pato, then recording a scoreless draw at Chicago. Oscar Pareja’s team dropped some firepower from last year’s team that lost in the opening round of the MLS playoffs to Nashville, Chris Mueller left in July for Scotland, while U.S. Men’s National Team striker Daryl Dike was sold to West Bromwich Albion in the English Championship. Brazilian star Nani left town at the end of his Designated Player contract, moving to Serie A side Venezia.

But the club’s owners spent some money to bring in Uruguayan duo Facundo Torres and Cesar Araujo as a winger and midfielder respectively. Designated Player Mauricio Pereyra, another Uruguayan, returns in an attacking midfield role, while Ercan Kara is another newcomer and DP, the striker signing in the offseason from Rapid Vienna.

Defensively, Pedro Gallese is strong in goal for the Lions, with Antonio Carlos and Robin Jansson a solid center back pairing, and Ruan and Joao Moutinho manning the outside back positions. Cincinnati native and LaSalle graduate Kyle Smith is another defender on the roster.

Noonan singled out the threat posed by Ruan going forward, saying FCC will be challenged to defend well as a unit, even while pressing.

“They’re able to play through pressure, so we need to be connected defensively to limit how they can play through or around us,” he said. “It’s a very strong team and it will be a good test for us.”

Regarding FCC, Noonan admitted the makeup of the team, including best 11 team selections for particular matchups, is still evolving somewhat.

“I just look at performances of the group, certainly the challenges of having different players like Brenner being away for longer stretches, who’s performing? What’s our best 11? That’s how I look at it. It’s not the name on the back. It’s what’s our best group?” Noonan said.  “And we know certain players have talent that if they’re in the right place physically, mentally, they’re going to help our group. But that changes just based on performances, and guys taking advantage of opportunities. So we just look for our best group each week, and hopefully that group goes out and performs in a way where it helps our team continue to move forward and get results.”