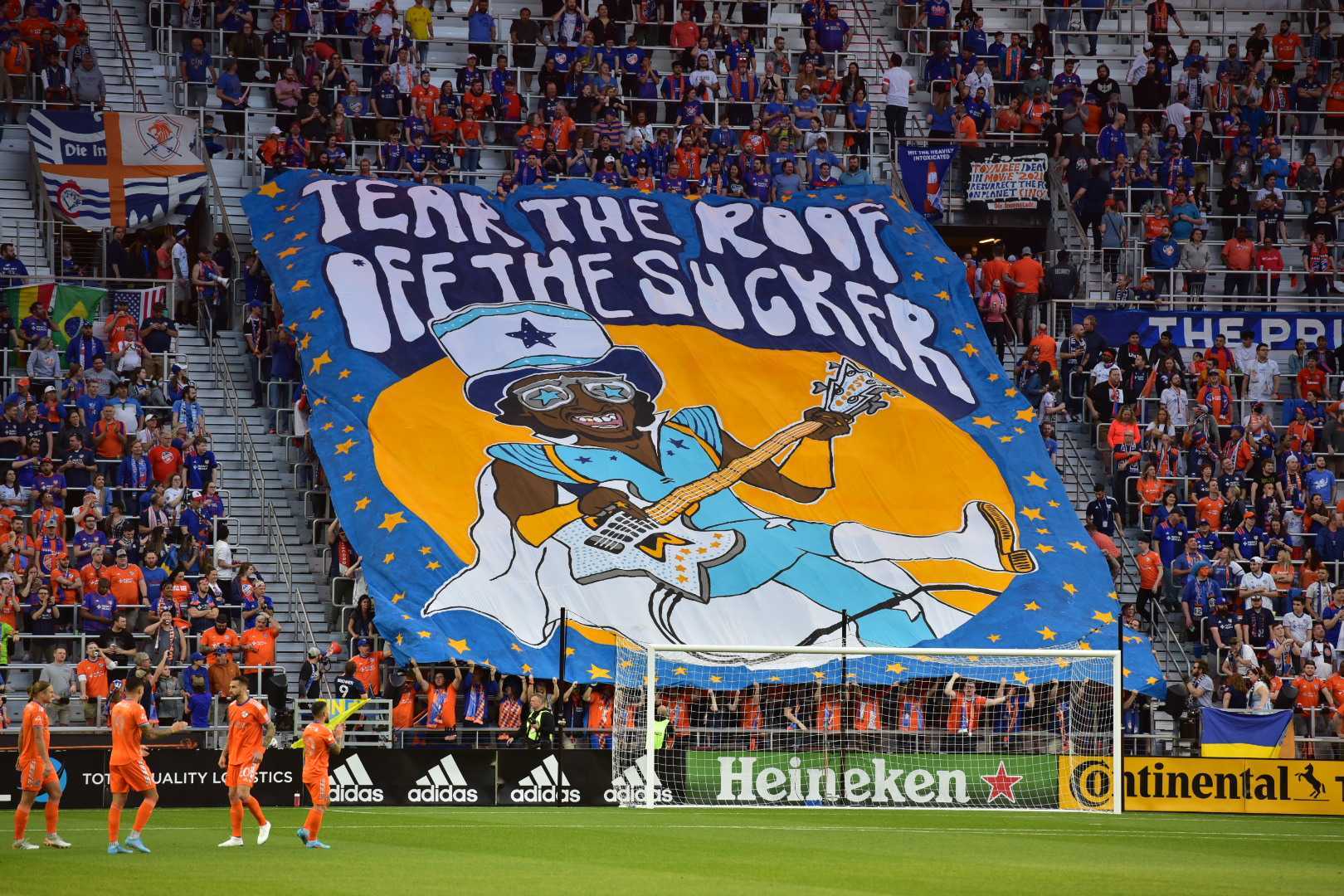 FC Cincinnati lead DC United in most metrics but a late PK ended up deciding the match.

FC Cincinnati manager Pat Noonan wanted a response from his club following last week’s 5-0 thrashing at Austin FC in the season opener, and he got it. What the first-year FCC manager didn’t get was a result. But within the full context of Saturday’s 1-0 loss to D.C. United, there were signs of progress.

FCC can focus on the brutality of the ending, with a handball determined by VAR and an Ola Kamara penalty that won it in the 98th minute for United which played the final 20-plus minutes with 10 men. Or, they can build on the body of work they put forth before 22,183 fans on a summer-like March evening at TQL Stadium.

Noonan got what he wanted from his team.

“I’m really proud of them, and I feel for them right now,” he said. “It’s not be best feeling in the locker room, when you put that much effort into a game and come away with nothing.”

In the 80th minute, D.C. United midfielder Moses Nyeman received a red card for his challenge on Lucho Acosta. Nyeman initially was handed a yellow, but it was upgraded following video review. The Orange and Blue had several chances to find a winner in the closing minutes, but didn’t.

That is the moral of this story.

While the handball called on Geoff Cameron was the most undeserved of fates, it was the missed opportunities earlier in the match that ultimately sealed FCC’s fate.

“Looking back on it, I think it was the wrong call,” Noonan said, of the handball. “The way it hits Geoff’s hand and arm, which is the front of his body. I don’t think it was an unnatural position.”

When the teams met at TQL Stadium last July, the match finished in a 0-0 draw. For a while, it looked like Saturday’s match would be a repeat performance.

Much like Austin last week, D.C. brought some early danger. But the Orange and Blue were able to withstand the onslaught.

Tyler Blackett prevented an early D.C. goal with a clearance from inside the goal vacated by keeper Alec Kann, who later had a decent kick save.

“We got off to a slow start with some of the chances we conceded, but from that point on, I thought defensively, the guys did a very good job,” Noonan said.

Brandon Vazquez appeared to score the opener for FCC in the 22nd minute, but he was ruled a hair offside. 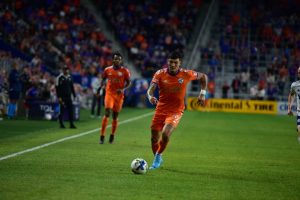 The Senegalese’s best chance came in the 43rd minute of the first half when he sent Gaddis’ cross just past the far post.

In total, FCC had seven shots in the first half, four on goal, all from Badji and Vazquez.

“I was really pleased with their effort,” Noonan said. “They did a lot of things well creating chances for us. Just the decision making on where we’re getting our shots from, maybe getting close to goal. We missed some opportunities to get Dom in behind.”

Vazquez had the first shot on target in the second half off a misplayed pass, but it rolled comfortably to Hamid.

Brenner subbed on in the 63rd minute, replacing Badji, who garnered praise for his performance but was critical of himself.

“I’m a goal scorer,” Badji said. “So, I’m disappointed tonight. I had a couple half chances and one that I should have out in the back of the net. Goals change games.”

D.C. had its chances early in the second half, too. Kamara who subbed on in the 60th minute went just wide with a header. But the Norwegian would end up being the hero for D.C.

“It’s tough losing,” Badji said. “But we have to look at the positives. We created enough chances to win the game. Pat (Noonan) emphasized intensity this week and we showed that tonight. The result just wasn’t there.”

The Orange and Blue play next at Orlando, looking to get their first points of the season, and first under Noonan. While Saturday was a painful loss, Noonan didn’t dwell on the ending in his post-match message, instead he spoke mostly about the moments throughout the rest of the match when FCC could have changed the outcome for themselves.

“It was a tough result and I was really pleased with the effort,” Noonan said. “We did a good job creating chances. But that was the difference, finishing those opportunities. We have to find a way to dig ourselves out of it, and find a way to score goals and win games.”