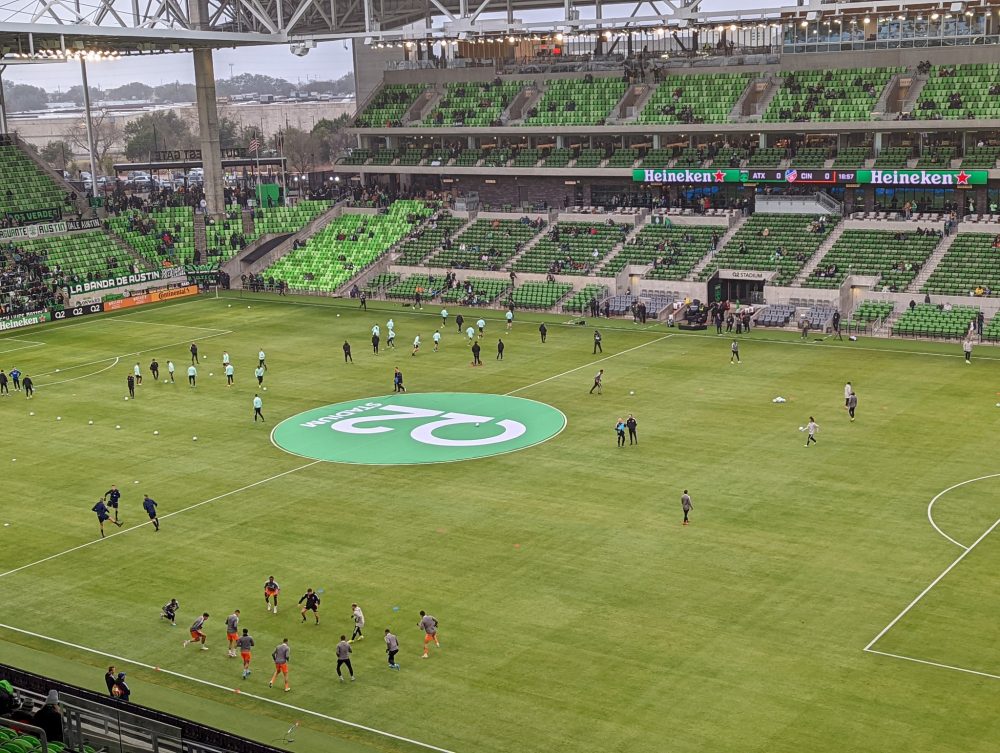 FC Cincinnati show similar cracks as they fall 0-5 in their home opener at Austin FC. Fans wonder, does it get better from here?

A sold out Q2 Stadium erupts around me as Austin adds more unneeded goals to go ahead 5-0 in the second half. Traveling FC Cincinnati fans do not look surprised, they have been here before. These are the same people that each year lay down hundreds of dollars to see their favorite team kick off on the road. The fans have never seen a first week win, and if you subtract some pre-match hope, they know what is likely coming. Hope is the tool FC Cincinnati wields to convince fans of a better tomorrow. A powerful tool, but one that become less believable with each passing coaching change or patch signing.

Who do you blame in times like these? Is it the owner who has allowed others to run the club in their stead? The former GMs? current GMs? One of the last seven coaching changes? Is it time to just buckle down and stop the changes until results finally come? FCC twitter was an absolute mess tonight. It was the new GK’s fault or the coaches. FC Cincy didn’t have all their players in preseason- that must be it! The back line looked awful to others, and they just have not played enough minutes with each other. No matter what your personal reasoning is, there just isn’t a singular reason. FC Cincinnati isn’t a player away from winning. We all wanted to believe things would be better. It isn’t fair that a newer Austin can win 5-0. That other newer clubs have come in and do it better. To be honest, it just sucks and it hurts.

I’m supposed to write a match report that breaks down the match, but all I saw was more of the same despite some changes. The new coach even spent the last week lowering expectations, and yet fans are somehow still caught off guard. Losing we all can accept, but losing without a moment of substance to cling to makes it all the worse. Will FC Cincinnati improve in 2022? Maybe. Does FC Cincinnati need to just stick with one course and see it out? Yes. The road ahead isn’t easy, and it is filled with more disappointment and heartache. FCC matches are not for the faint of heart. The club may not even deserve the devotion, but, alas, soccer fans can’t help themselves.

Cincinnati fans have watched a college and an NFL team exceed expectations, yet fall just short of the finish line. Exceeding expectations has been the rare theme of the past year in Cincinnati. FCC is just not built to continue that trend. Whatever expectations you did or didn’t have heading into this season, bury them. The club just lost 5-0 to a club many expect to be mediocre. Once again, FCC isn’t on a solid historical course. Now is the time for us to decide what is actually acceptable. It may simply be a matter of finishing this season second to last.

The Cincinnati fans in Austin still loved their club. They still spend money and time to see a club despite the past several years. All anyone is looking for is a glimmer of hope. May 2022 give us something to believe eventually, that this life won’t be the norm. This might be the worst match report you have ever read, but it is better than the 0-5 scoreline tonight.