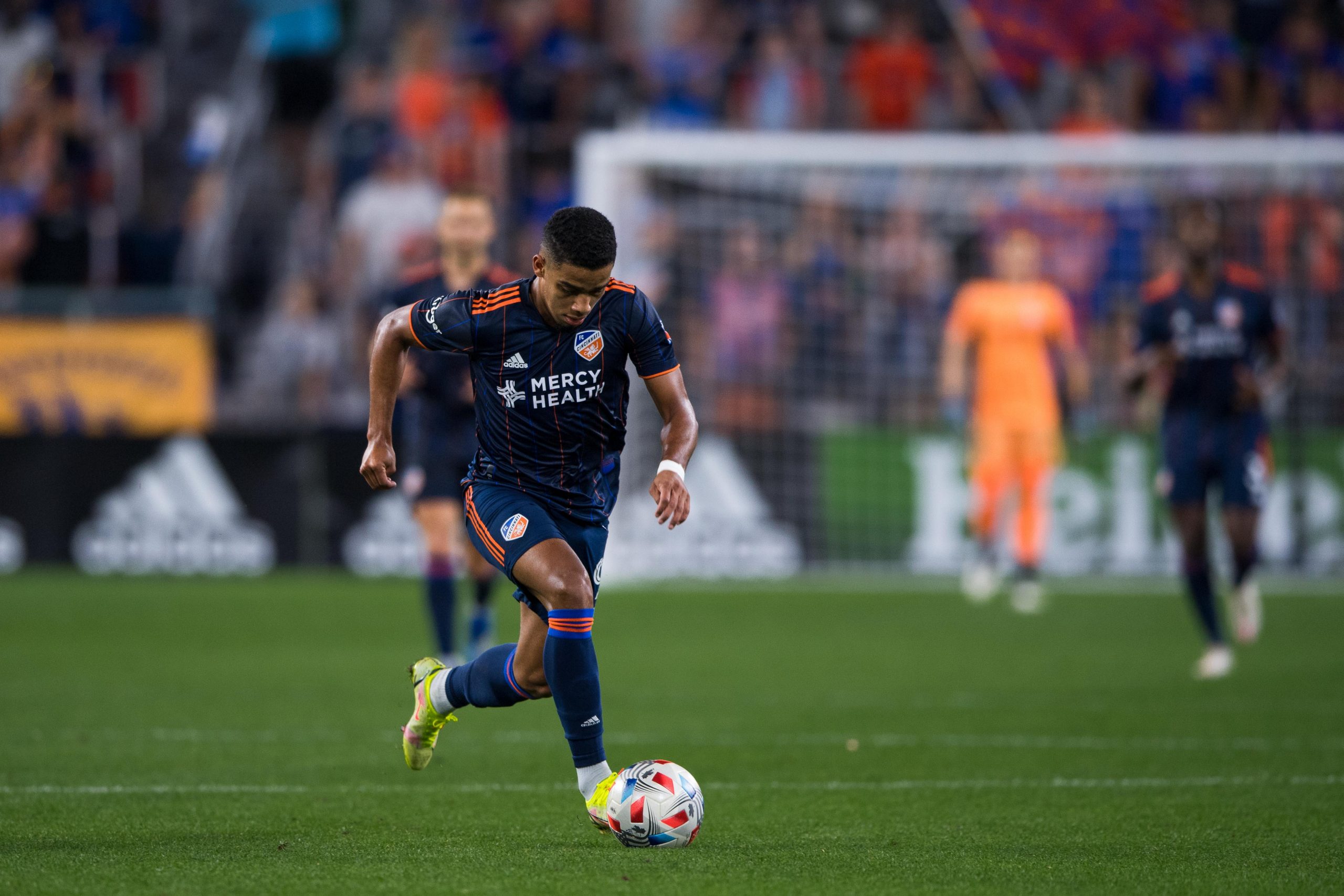 Brenner spent more time tracking back than most MLS strikers in 2021. Putting both strikers in a system to succeed is vital in 2022

Brenner’s unsettled Green Card status and subsequent late arrival (at the time of writing, Brenner is still not in camp) to preseason raises doubts that he will be available when FCC opens the season next week in Austin. However, when he’s available and back to full fitness, Brenner’s potential, as well as FCC’s substantial investment in him, should assure that his name is on the lineup sheet in pen. Who starts next to Brenner and how they can create a successful attacking partnership is one of the many questions Pat Noonan faces this preseason.

Two potential options to fill the second striker role, Luciano Acosta and Yuya Kubo, will almost certainly play further back in the formation, as an attacking midfielder and shuttling midfielder, respectively. Dominique Badji joined the Orange and Blue as a free agent in the offseason but he seems likely to feature as an impact sub off the bench as well as a spot starter.

Based on his performance at the end of last season as well as indications this preseason, Brandon Vazquez looks to be Noonan’s choice. Vazquez should have an opportunity he hasn’t had yet in his MLS career: to start the majority of matches and to show that he can contribute in more minutes on the field.

Assuming Brenner and Vazquez will be the first choice pairing in attack for FCC, it’s worth considering what a strike partnership of the two of them would offer. Getting the most out of both players will help a team that has struggled to score goals throughout its entire tenure in MLS.

Putting Brenner In Positions To Succeed

Brenner’s first season with the Orange and Blue didn’t live up to expectations. Yes, he scored eight goals but his 0.24 non-penalty expected goals per 90 minutes was well below average for MLS strikers. However, Brenner still absolutely has a chance to be a very good player. Let’s not forget that he just turned 22-years-old and moved to a foreign country, where he didn’t speak the language during a once-in-a-lifetime global pandemic. Even discounting the previous factors just listed, young MLS Designated Players often struggle to adjust in their first season in the league.

It sounds obvious but a major focus of Noonan’s attacking plan should be getting Brenner into positions where he can take shots. Brenner’s 2.10 shots per 90 minutes put him in the 23rd percentile for MLS forwards. The average distance of those shots was 17 yards from goal (21st percentile). Look at his shot map for the season from Wyscout. 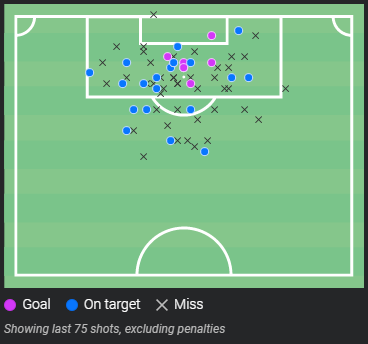 Clearly, when Brenner found dangerous spots, he capitalized. However, he was forced into, or settled for, low percentage shots too often.

For much of 2021, FCC was dogmatic about building from the back in possession. The Orange and Blue were never really very good at it. Even when FCC successfully advanced the ball to midfield, the team rarely seemed to have a plan about how to move the ball into the attacking third of the field. Frequently, Luciano Acosta would drop deeper into midfield to find the ball, frequently ending up as the team’s primary ball progressor from deep, limiting his impact further up the field.

That impacted Brenner as well, forcing him to drop deeper into midfield to receive the ball. When he did, there was often no other option ahead of him or a plan to give him time to get back into dangerous positions where he could take shots. The numbers agree. In 2021, Brenner had more touches than other MLS strikers in his defensive third and the middle third of the field. However, he was well below average in touches in the attacking third of the field and the attacking penalty area.

So establishing patterns of play to get Brenner more touches in and around the opposition’s penalty area should be high on Noonan and his coaching staff’s tactical agenda. A second forward playing alongside Brenner will also help. With another forward, Brenner should be able to combine in possession but not have to be the primary outlet for forward passes. Instead of Brenner being the primary option to receive the ball in the final third, laying the ball off, and then having to find space to take a shot, the 4-4-2 diamond should provide multiple forward targets and leave him in more one-on-one matchups with centerbacks in transition.

Early indications from preseason also show FCC’s fullbacks pushing high and staying wide, hopefully providing more width for the Orange and Blue in 2022. Having real threats from out wide will allow for more crosses but, also importantly, should stretch opponents’ backlines horizontally, leaving more space for Brenner to exploit in the box.

Brandon Vazquez thrived down the stretch in 2021 and, based on the numbers, he was FCC’s most effective striker last season on a per minute basis. His 0.42 xG/90 put him in the 66th percentile among MLS strikers and his 2.86 shots per 90 minutes was good enough to be in the 64th percentile.

The complicating factor in all of this is Vazquez’s playing time. Last season, he played more than 76 minutes just five times, all in the latter part of the season. According to Football Reference, Vazquez ended the season with 4.0 expected goals, with 1.7 xG coming in the 364 minutes he played off the bench. 10% of Vazquez’s season xG came from one chance during a 5 minute appearance against DC United in July when he registered just 5 total touches.

Vazquez’s 2.3 xG in his six starts should give FCC supporters hope for what he can do in 2022. Even after allowing for some regression to the mean in terms of chance creation, Vazquez showed he can contribute in other areas that should fit into the new style Noonan will bring.

Vazquez showed an ability to receive the ball in forward areas. With the obvious small sample caveat, Vazquez was FCC’s most effective target to receive forward passes in 2021.

In addition to finding space to receive the ball, Vazquez gives FCC an aerial option. Vazquez won 44% of his aerial duels compared to Brenner’s 11%. Having multiple options to play through up front should make FCC’s attacking play more versatile. Now, if FCC is struggling to break a press and opts to play direct, playing a ball in the air towards Vazquez is a viable choice, not just a likely turnover.

Vazquez’s defensive work rate also fits into how Noonan is likely to set up the squad. He was well above average compared to other MLS strikers in putting opponents under pressure, something that will be vital in a pressing system focused on winning the ball back higher up the field.

If Vazquez can carry his form from the end of 2021 into this season, he should make the Orange and Blue a more dangerous attacking team, both with what he brings and how he can open the game up for Brenner.