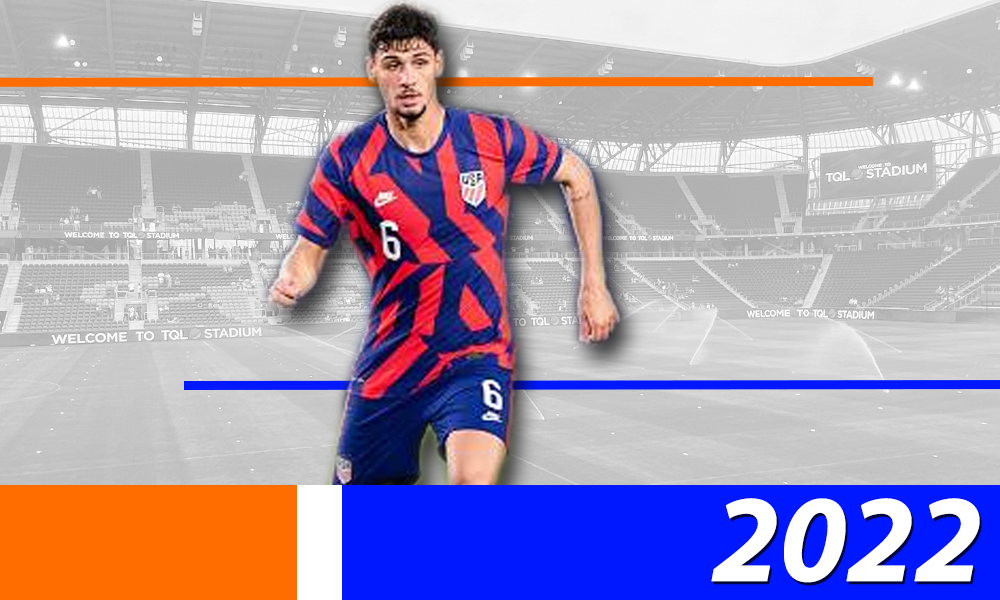 Recently, FC Cincinnati has been on the search for a defensive midfielder to add to the team. A couple names have been mentioned for potential arrivals, but the club hasn’t found their guy yet. According to 4Linhas (@Inter_4Linhas), a Twitter account posting on Brazilian club Internacional, Johnny Cardoso has been pursued by some MLS clubs.

It begs the question, is FC Cincy one of the clubs interested? It is certainly a possibility, as the club have been searching for a CDM to add to Pat Noonan’s system. The opportunity to sign the player cannot be passed, he could truly add something to this team.

Johnny was born in Denville, New Jersey, and moved to Brazil at the age of 3 months old. He bounced around a couple of youth academies in the country, before joining his current club, Internacional, at the age of 13. After 5 years in the youth system, he made his debut for the first team.

In the 2020 season, he made 13 appearances for the team and truly broke out. He’s continued being a rock in Internacional’s midfield, making 27 league appearances, 1 Copa Libertadores appearances, and 2 cup appearances, scoring 1 goal in it.

Additionally, Johnny made a great impression on Gregg Berhalter in his 3 USMNT appearances, including a friendly where he came on as a substitute for Tyler Adams.

What could he bring to the team?

Johnny’s main position is in the defensive midfield, where he is most comfortable. In the youth teams, he had success as an attacking midfielder and a striker, but was moved to his current position based on his ability to be an intelligent decision maker.

His under-20 coach at Inter, Fabio Matias, revealed to GZH that the club started “seeing some very interesting things: his control of the game, tackling, pressure,” he added that this is where they see his future at. His conversion to a Number 5 has been very successful.

In Pat Noonan’s system, the formation we can assume he uses is a 4-4-2 diamond, based on how the club played in preseason. The midfield consists of an attacking midfielder, 2 wide midfielders, and the defensive midfield, where Johnny could fit in at. That defensive midfield position is crucial to the team, and how they play.

The lineup that will be used by Noonan will consist of Luciano Acosta in the attacking midfield, and players like Kubo, Barreal, Atanga, and others in the wide midfielder roles. With Johnny occupying that last midfield position, it will complete a very productive central group in matches.

Similarly, Leon Flach played in that position for the Philadelphia Union, and had great success with the same formation employed by Jim Curtin. Johnny plays the same way as Flach, and he could have a kindred resemblance to the latter’s success.

As of right now, it isn’t clear if an offer has been made yet, but things could continue to develop in this transfer rumor. The arrival of Johnny could come soon, and he is going to be an exciting addition to this team.

The player is one of the best young defensive midfielders in Brazil, and his addition to FC Cincinnati could be huge. His smart decision making, and his ability to receive passes as well as provide them is brilliant. In Pat Noonan’s team, he can become one of the best in his position in this league.

Note: Toronto FC were interested in Sebastian Giovinco, but this potential deal was complicated due to the allocation spot, as it would’ve needed to have been traded between TFC and FCC. It is possible FC Cincy would’ve wanted a larger fee for this move.