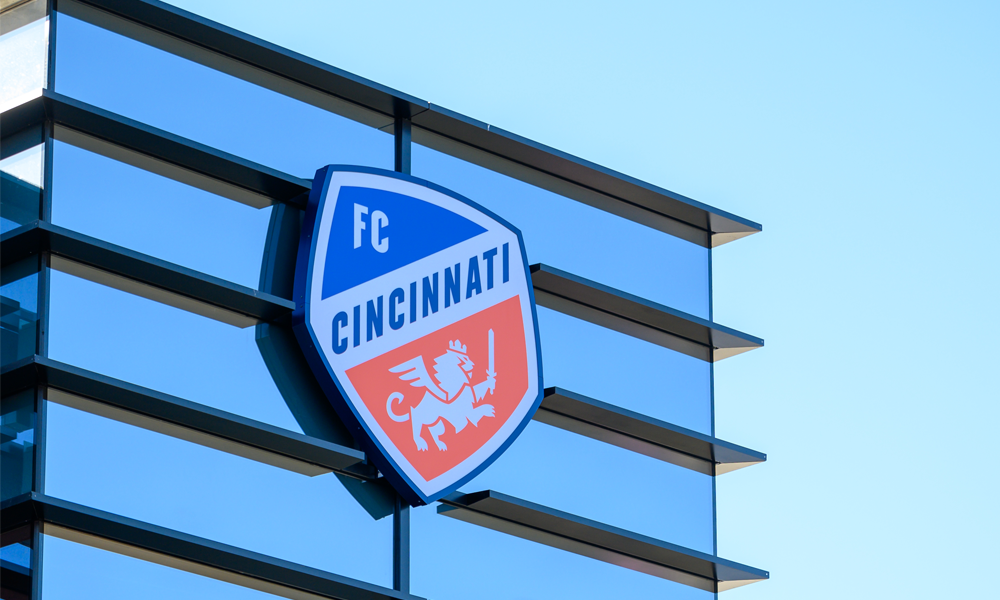 The 2022 MLS SuperDraft takes place this Tuesday where FC Cincinnati holds the 2nd and 14th picks. There are a wide array of players available for selection including a class of eight Generation Adidas (GA) players.

The 2022 MLS SuperDraft takes place this Tuesday, in which FC Cincinnati hold the 2nd and 14th picks. There are a wide array of players available for selection including a class of eight Generation Adidas (GA) players.

When coming up with our board we had to take into account FC Cincinnati’s current roster setup.

Presently the club has 1-2 Supplemental spots available which would lend itself to a GA selection. For those unfamiliar, a GA player has signed a three-year supplemental contract with the league that does not count against the salary budget, while earning a salary higher than the league minimum.

The club also has 9 international players with just 8 spots available. While it is rumored a couple of players could land a green card before the roster compliance date (just before the opening weekend), the rule has changed where a player’s international status can not change after the beginning of the season.

If FC Cincinnati isn’t confident in landing green cards to free up international spots by the start of the season, those players are locked in for the entire season limiting potential moves in the summer. If FCC would need to acquire a spot from another club, the cost would be roughly $250,000 in General Allocation Money (GAM).

I would question the wisdom of this rebuilding club selecting an unproven international player when that spot could be occupied by a proven Senior roster player that would be a safer bet to have success, even if their ceiling could be a bit lower.

The player that I’d most like to see wearing the Orange and Blue is the 6’3″ center back from Saint Louis. Keller was a 2021 2nd Team All American and the Atlantic 10 Conference Defensive Player of the Year. As a youth he played as a midfielder and has shown quality on the ball with the size to compete in MLS. He also fits in at a spot of need at FC Cincinnati.

With the departures of Maikel van der Werff and Nick Hagglund, Keller could jump right in as the 4th center back and be groomed by Geoff Cameron as an option to take over in 2023. With FC Cincinnati’s precarious situation with international slots, I think Keller a safe bet while occupying a domestic spot. That domestic spot does lead to a solid chance Keller could be taken #1 overall.

Charlotte holds the #1 pick and has loaded up on international players so he could be an option there. However, they have several young CB’s on their roster and recently agreed to a deal with Inter Miami for CB Christian Makoun. I could even see someone move up ahead of Cincinnati and select Keller as he has been rumored to be the top player on several team’s boards. Simply put, if he’s available, take the domestic center back.

If Keller was taken with the first pick, I think Chris Albright and Co. have Bender’s name as option 1B. Either way, I don’t think FC Cincinnati could go wrong here and Bender likely fits nicely on either side of the midfield diamond or as a box to box midfielder. It’s a position where FC Cincinnati doesn’t have an answer written down in ink so he could be destined for minutes earlier in his career.

Bender was the Big Ten Midfielder of the Year and his domestic status makes him an attractive pick. He could be a nice addition to replace the hole that Frankie Amaya left in 2021 but could also be another option at 1 if Charlotte decides to go midfielder instead of defense.

The youngest player in the 2022 Generation Adidas class, Isaiah Parker is my wild card at number 2. As a freshman, Parker played in the attack for Saint Louis but projects to be a wing-back combo player in MLS. Several analysts have likened him to Kevin Paredes, the 18 year old midfielder/wing back from DC United. You could see Parker as an understudy to attacking full/wing back Ronald Mataritta while getting minutes and learning the position early on for the MLS Next team.

Parker could give FC Cincinnati a domestic player that would not have to be rushed through the system and could realistically transition into a starter for the 2023 season. If he plays well, there is no reason to think the club couldn’t flip him in 2025 for a nice transfer fee as he’d be just 22-23 years old.

If international/domestic classifications weren’t a thing, Bouda would likely be the first name off the board. The junior forward from Burkina Faso would have likely been a Top 5 pick in 2021 but chose to come out this year after not playing his 2020 college season. He’ll likely be an inverted winger in MLS which is not a position of need for FC Cincinnati.

With the thought that FC Cincinnati would model the 4-4-2 diamond like the Philadelphia Union, there are already several players that could perform the job Bouda could provide (Isaac Atanga, Alvaro Barreal, and Calvin Harris). Add to the fact that FC Cincinnati already has hit their limit for international players so I’d think Bouda’s selection at 2 would be unlikely. Keep an eye on this name though. We could likely see him as a MLS Young Player of the Year candidate come to the end of the season.

Both are Generation Adidas players and domestic goalkeepers expected to go in the top 10. Both had success in college where Celentano was back to back Big Ten Goalkeeper of the Year and Schulte was A-10 first team All-Conference and a USYNT player.

I think there are several needs for FC Cincinnati ahead of goalkeeper with Kenneth Vermeer returning and Alec Kann coming over as a free agent from Atlanta. Not that I love either at this moment but I think if you can improve the defense and midfield, it would take more pressure off the keeper to be perfect.

If Chris Albright does go this route, I think either player would be set up for success better than previous picks in front of them such as Ben Lundt. With the MLS Next team starting this spring, they could battle Beckham Sunderland for the starting job on that team and push to be the starter in 2023 for FC Cincinnati. Keep an eye out if one falls down to 14. You could see FC Cincinnati take another Generation Adidas player if Alvas Powell occupies a senior roster spot vs supplemental.