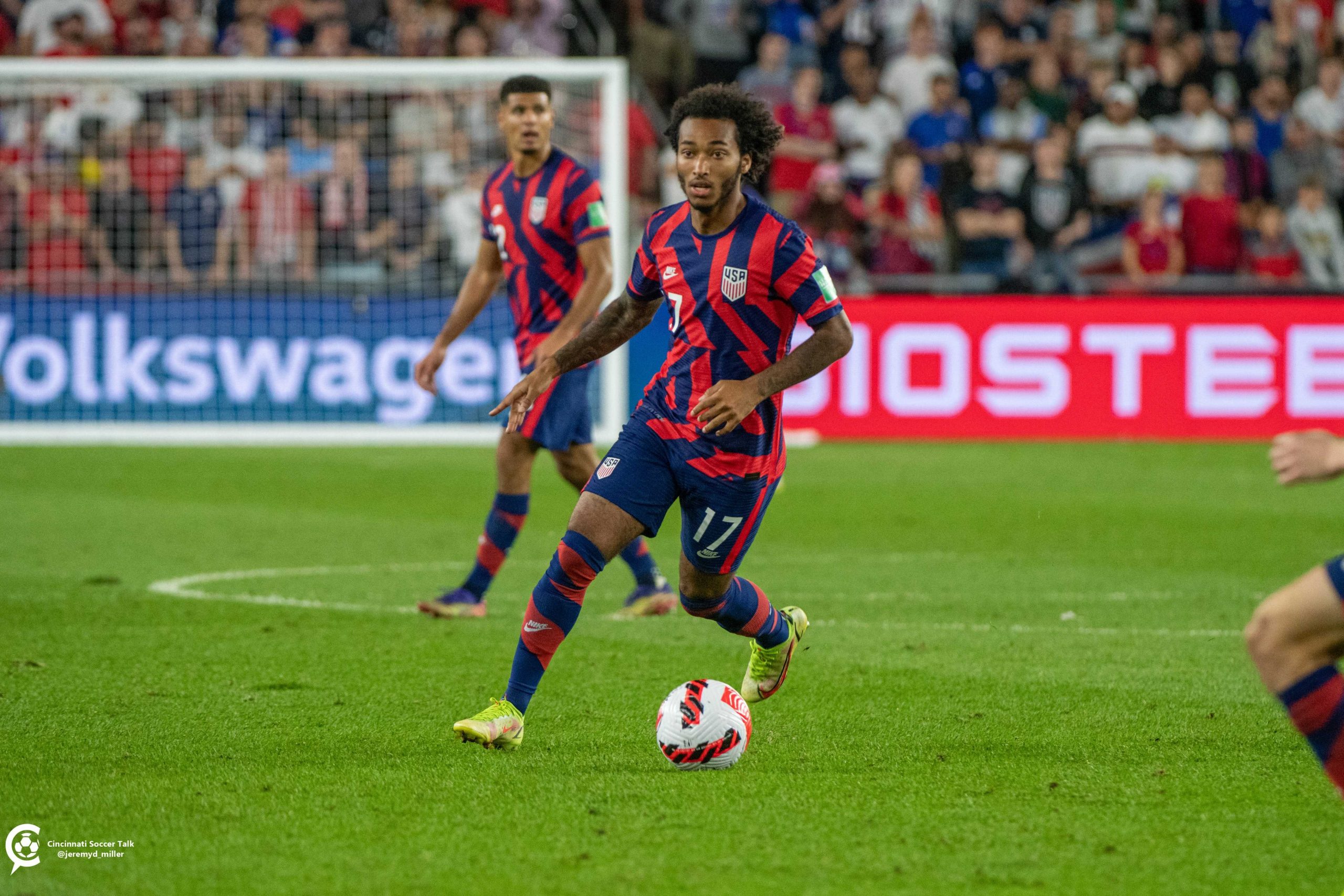 Soccer fans within the Queen City have been waiting for this day for months, perhaps years. While Cincinnati has hosted mostly disappointing MLS results and homecoming friendlies that don’t count in the standings over the past few years, it is finally the center of the soccer universe for one of the biggest marquis matchups.

On Friday, the United States men’s national team will try to take a major step towards qualifying for the 2022 World Cup, as it hosts the Mexican national team at TQL Stadium. This high-profile matchup marks the midpoint of the “Octogonal” qualifying round, where the top three teams in the eight-team field will advance.

This match may not be for all of the prizes in the piñata, but this chapter in the CONCACAF rivalry could dictate who has the most direct route to Qatar in 2022.

Despite the standings, the United States men’s national team (2nd place, 3-2-1, 11 points) has held a slight advantage over Mexico (1st place, 4-2-0, 14 points) this year. In the Nations League final in June, the United States rode goals from Gio Reyna and Weston McKennie to knot the score at 2-2 after 90 minutes. It took a Christian Pulisic penalty kick and an Evan Horvath PK save in added extra time to give the USMNT a 3-2 victory.

While the Gold Cup final in August introduced a more domestic squad to the rivalry, the result was virtually the same. Both squads slugged it out to a 0-0 draw over 90 minutes, but a Miles Robinson header in the 117th minute flipped the result to a 1-0 win. In both cases, Mexico held a firm advantage in possession and shots, but the United States held advantages in steals and held their own in shots on goal.

The rivalry has dramatically switched back and forth over the recent years, but Mexico’s success in qualification has been more pronounced than the United States. While the USMNT has not played in the World Cup since 2014, Mexico has consistently qualified and reached every Group of 16 since the 1994 World Cup in the United States. On the other hand, the United States have climbed the higher peak, reaching the quarterfinals in 2002 by defeating Mexico 2-0.

When it comes to the actual qualifier games, the results have been solidly split down the middle since the 2002 World Cup. The past five matches for World Cup qualification in the United States (from 2001 to 2016) have been held in Columbus, and most have resulted in that infamous 2-0 score line. The USMNT won the first four of those matchups, but it took an 89th minute stunner by Rafael Marquez to break the lock in 2016 and secure a 2-1 win for Mexico.

Qualifiers in Mexico have skewed mostly in the other direction. Mexico has won three of the last five matchups at home. However, the United States have managed draws in the past two visits. Overall in World Cup qualifiers, Mexico holds a solid 16-6 advantage in wins and 7 draws, but five of those six wins by the United States have come at home (5-4-3).

Due to the reduced schedule during this international break (two games instead of three), head coach Gregg Berhalter opted to select players who were performing well for both club and country and who could possibly go all 180 minutes over the two games. This meant holding back forward Gyasi Zardes, midfielder Gio Reyna, and defender Sergiño Dest due to injuries, as well as defender John Brooks, who is working to get back to form.

The vacancies have allowed Berhalter to call up some new and old faces. Defenders Reggie Cannon, Sam Vines, and first-time call-up Joe Scally join the group, while forward Jesus Ferreira accompanies his FC Dallas teammate Ricardo Pepi as a prospective striker. Despite being left off the last roster due to injury, Christian Pulisic also returns to the squad, but his role in the next two games is still much up in the air.

Although the USMNT enjoy a second-place standing in the Octagonal, the floor could easily drop. Both Mexico and Canada are undefeated in the table, and losses this time around could send the United States below the qualification line. The USMNT needed a goal by Dest and an opponent’s own goal to beat Costa Rica 2-1 the last time around.

While there are no players serving suspensions, both Tyler Adams and Weston McKennie are on yellow-card warnings. A card in this game would force either to miss the next game at Jamaica.

Mexico stands atop the table after six games, but their form hasn’t made them appear invincible. Despite a 2-0 victory against El Salvador in October, El Tri were unable to put their opponents away until late in the game. A goal from Héctor Moreno in the 30th minute could have been enough, but offsetting red cards during the game made the situation a little hairier. A late penalty kick from Raúl Jiménez in extra time iced the game.

Surprisingly, head coach Tata Martino had the team participate in a friendly against Ecuador between the last and current international windows. While Mexico dominated the possession battle, Ecuador initiated and ended the scoring, taking away a 3-2 victory. While the result did not count in the records, it did indicate that Mexico could be countered and resolved.

While Mexico has called up their reliable front line of Jiménez, Hirving (Chucky) Lozano, and Jesús (Tecatito) Corona, there have been some notable adjustments and omissions. Midfielder Jonathan dos Santos, a key figure from the last few matchups against the United States, and super-sub Diego Lainez, who scored in the Nations League final, were left off the roster. Starting defender Néstor Araujo also will sit after drawing a red card versus El Salvador, while his usual replacement Cesar Montes is out with and injury.

This still leaves an experienced Mexican squad that has players who defeated the USMNT in Columbus back in 2016. Eleven on the Mexican roster are over 30 years old, while only one player on the USMNT squad (goalkeeper Sean Johnson) is. Eight members of the Mexican squad were in the starting lineup and bench that day, while only two (Pulisic and DeAndre Yedlin) were a part of the 2016 USMNT squad.