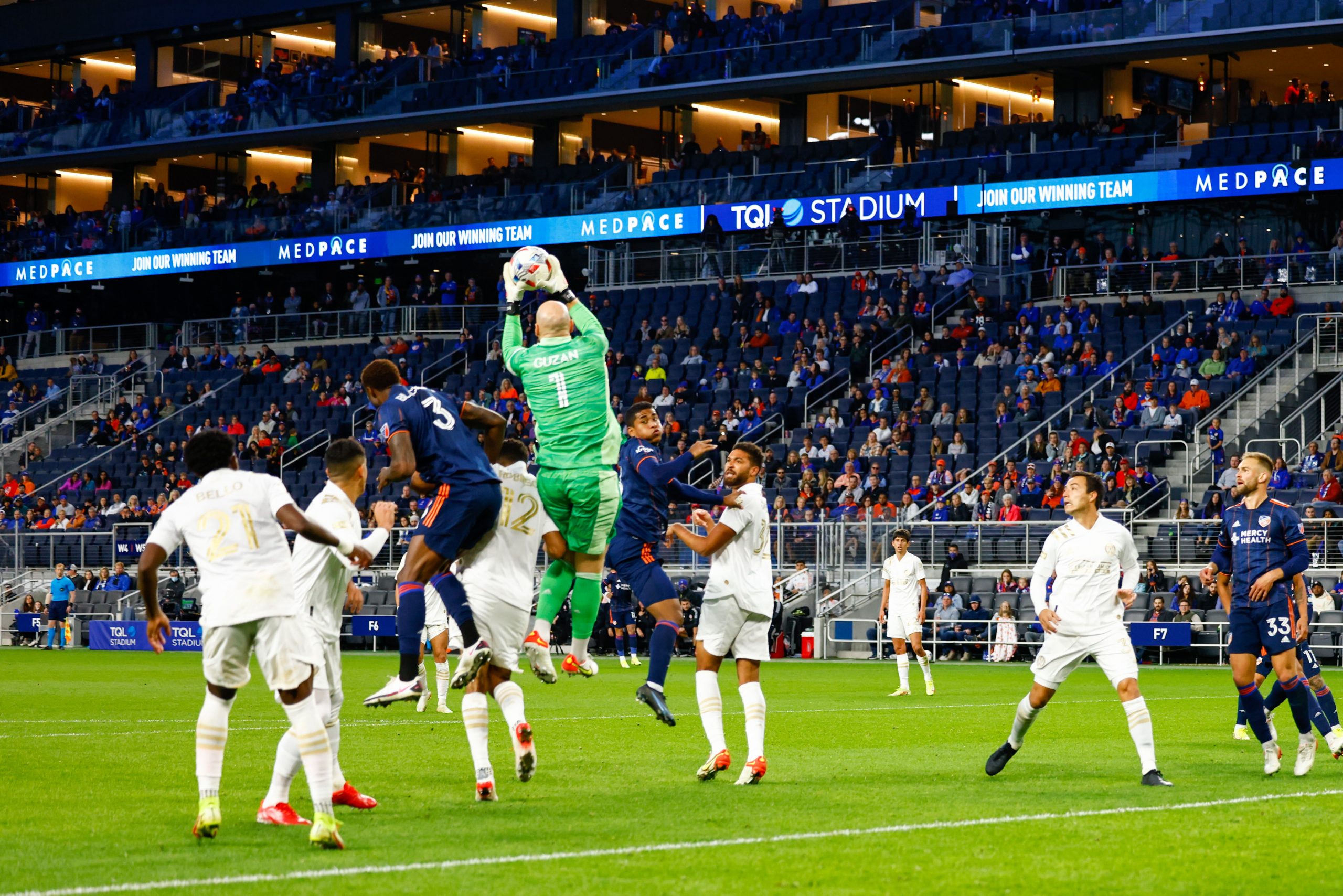 In the 2021 regular season finale, FC Cincinnati, couldn’t maintain an early lead over Atlanta United FC, and in the process, extended its losing streak to 11 matches. The orange & blue became the first team in MLS history to not win more than one home match in a season.

The match started splendidly. The first half was outstanding for FCC with the defense limiting possession in the final third, which in turn limited Josef Martinez. Atlanta was frustrated in the first half as they felt they were limited in the chances they would normally generate.

Starting center backs Tyler Blackett and Gustavo Vallecilla did a good job at being in good positions to stop chances from Barco and Martinez as well. Bailey also dis well in an impressive first half.

The offense, while not as impressive as the defense, was able to get into good places to possibly cash in opportunities. Acosta did well and didn’t try to hold onto the ball too much. Vazquez was better than Brenner, and if I didn’t know who cost $13 million, I wouldn’t have been able to say who it was. Brenner continued to be invisible. This must be fixed in the offseason with the new roster build.

Bailey was a weapon on offense. In the 21st minute Bailey found space outside of Atlanta’s penalty box. His give-and-go with Acosta was executed with perfection creating space for the defender who launched a shot far post. The shot beat keeper Brad Guzan and put an exclamation point on a solid first half.

It’s too bad soccer matches are more than one half.

Almost immediately at the start of the second half, Atlanta had a better grasp at the game than FCC did. FCC was trying to not lose in the second half, looking to limit dangerous chances in a compact shape. Meanwhile Atlanta pushed to win and increase the speed of attack. That was shown in the difference between each of their play.

Martinez got much more of the ball compared to the first half and when he goes, Atlanta goes. The start striker had his chances but the FCC defense and keeper Kenneth Vermeer repelled the attack early in the second. It felt like FCC’s goal was taped over because there were multiple chances that probably should have gone in but didn’t.

However, the opening goal for Atlanta did eventually come, and it was from US centerback Miles Robinson. This goal really sparked the spirits for Atlanta, and I think every FCC fan knew the second goal was probably coming, it was just how.

And come it did. Josef Martinez certainly picked his moment. One of the best players in Major League Soccer slotted in the winner off a volley that then went into the back of the net. After that goal, it didn’t seem like FCC was really up for the match.

Overall, FCC played in this match as it had in almost every single match this season. It played well to start the match, but then decided to let the other team back into the match and lose it.