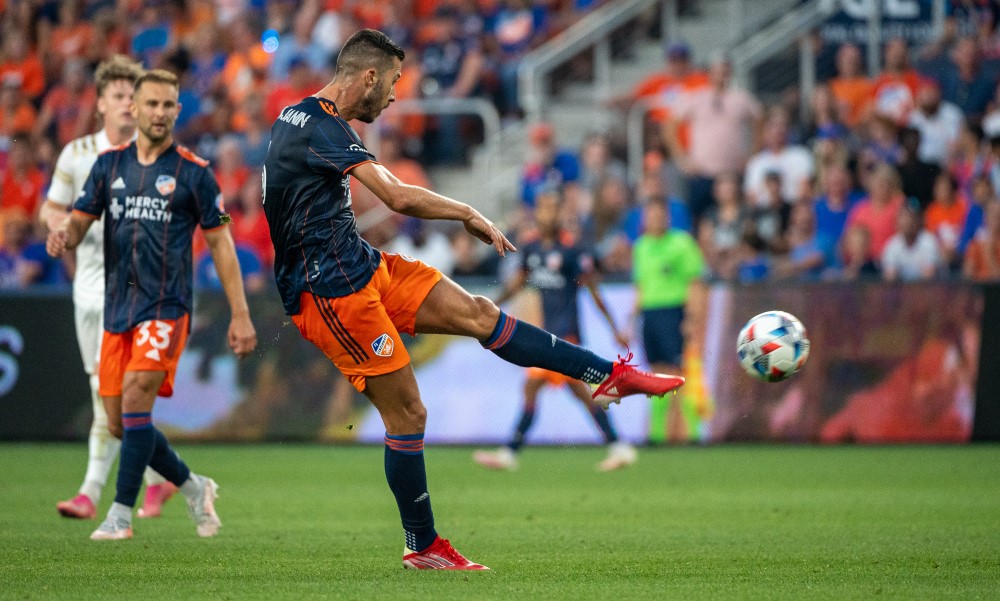 FC Cincinnati clinched its third straight Wooden Spoon on Wednesday, but unfortunately, the season didn’t end on that day. FCC still has two matches remaining, and one of them takes place Sunday night against the Philadelphia Union. FCC will look to possibly play spoiler and try to hurt the Union’s chances for a higher seed in the Eastern Conference standings.

FCC had what some might consider its worst performance of any match in its three-year tenure in MLS, but the 10-match losing streak the team is currently on has been full of that statement, so it’s nothing new to be disappointed by this team lately.

I think it’s obvious that Tyrone Marshall is not the answer to the coaching position. We’ll see him for the last two matches of the season, but that will most likely be it. The formation we have seen in the last couple of matches will reportedly be what Chris Albright is looking to play, so that is something we can look at and try to review even though the players will be different. It’s been evident that the team hasn’t been playing its best lineup every match to try and see what Albright has at the club now, and I like that. It’s unfortunate that most of the roster is pretty bad, making these games bad to watch. But I think I’d prefer this happen now when we know our season is already gone, rather than next season when the team looks to go for its fourth-straight spoon.

This match against the Union, in my opinion, looks to be that kind of experience but we’ll have to wait and see. FCC looked pretty good the last time the two sides faced off and seemed to be in control. The team had multiple clear-cut chances prior to the Union taking control. It’s possible FCC does this again and maybe even takes it to the Union. Brandon Vazquez is in great form, which will massively help FCC in actually taking advantage of some of the chances the team might get. Vazquez doing this might also help take some of the heat off Brenner and allow him some chances with space too.

The Philadelphia Union are currently third on the Eastern Conference table with a record of 13-11-8 and 50 total points. The Union have scored 45 goals on the season and allowed 34 of them.

According to WhoScored.com, some strengths of the team include stealing the ball from the opposition, attacking down the wings, shooting from direct free kicks and protecting the lead.

The site said their weaknesses include avoiding offsides and keeping possession of the ball.

WhoScored.com said the Union’s playing style includes attacking down the right, attempting crosses often, controlling the game in the opposition’s half and playing with width.