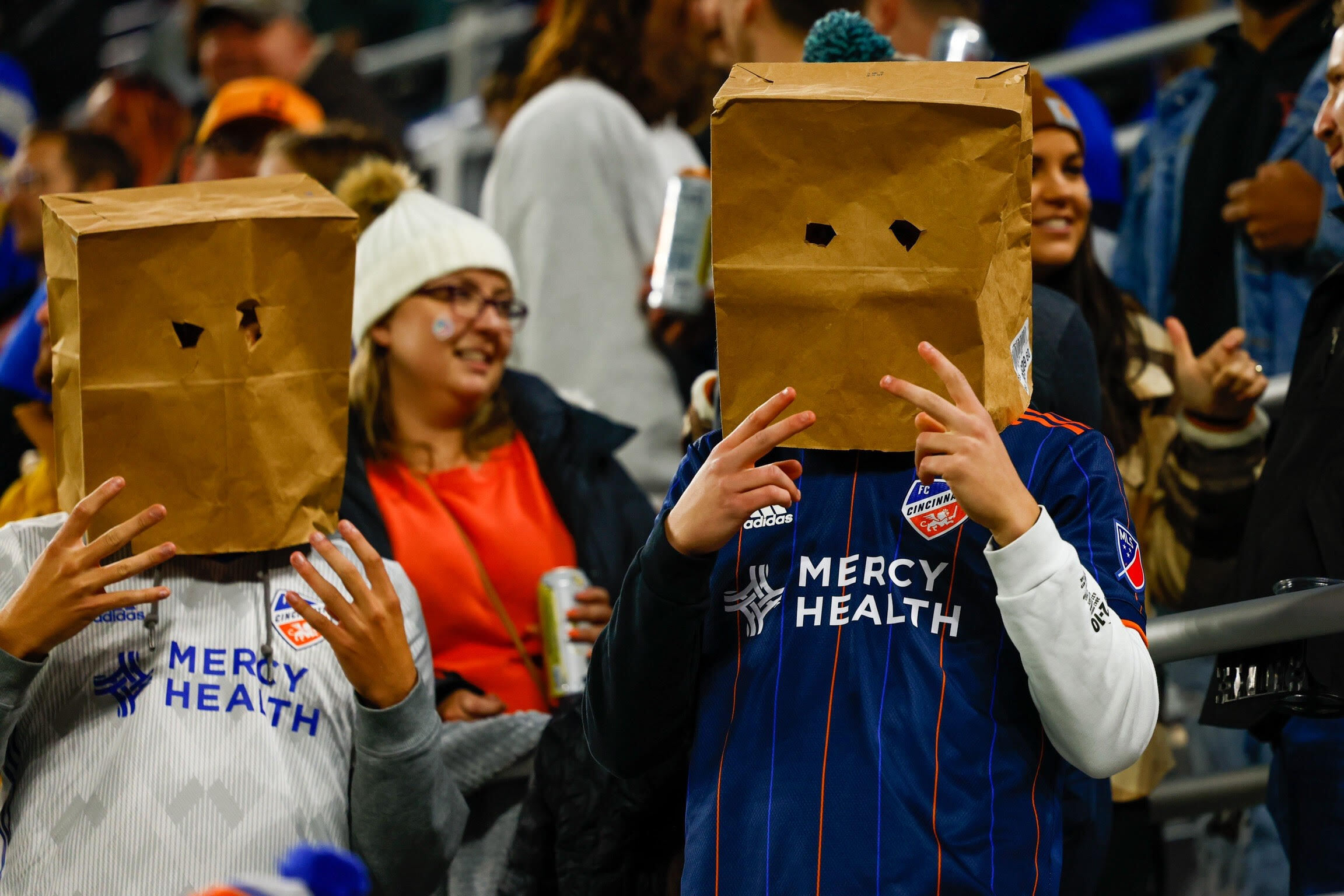 FC Cincinnati once leading 3-1 fall by 3-6 in a massive second half breakdown.

If nothing else, FC Cincinnati has managed to entertain the fans who passed through the turnstiles during TQL Stadium’s inaugural season.

There have been plenty of goals and a fair share of drama in the West End this season. But the bulk of the celebration, and the points, have gone in the direction of the visiting sides.

One week after they lost to the Chicago Fire on a late stunner, the Orange and Blue suffered more heartbreak along Central Parkway, relinquishing a two-goal advantage in the first half in a 6-3 loss to Nashville SC.

Brandon Vazquez who has benefited from his recent partnership up top with Brenner, scored his fourth goal of the season and third in three matches to give FCC a 3-1 lead.

But like a bad movie when you can predict a few minutes in who lives and who dies, an all-too familiar plot took shape.

“The first half, that’s the type of football we want to play,” said FCC interim head coach Tyrone Marshall. “Attack and pace, be organized defensively. If you could put that first half, bottle up over the course of the season, things would be different.”

After joking following the Chicago loss last week that he might bring in a priest to bless the turf at TQL Stadium, Marshall was out of creative answers. There’s no incantation or spell that help the Orange and Blue now, not with one home match left.

“As their caretaker, I’m trying to stay positive,” he said.

The Orange and Blue got off to a flying start before 20,581 fans on Wednesday night.

Initially is appeared as if Brandon Vazquez netted his third goal in three matches, but it was ruled an own goal off Nashville’s Dave Romney putting FCC ahead 1-0 in the sixth minute.

Eight minutes later, a foul by Romney on Yuya Kubo in the box earned FCC a penalty and Brenner buried to put the Orange and Blue ahead 2-0. And Nashville, which needed to win to have a chance to secure a playoff spot, was shell-shocked.

“I don’t think they expected to play in that 4-4-2 set up,” Marshall said. “We were covering the width of the pitch.”

It was a start very indicative of the season opener in Nashville when FCC jumped out to a 2-0 lead courtesy of a Brenner penalty only to relinquish the lead and settle for a 2-2 draw. Of course, it also drew comparisons to blown two-goal leads this season against Columbus and Toronto.

Those fears began to be realized when Walker Zimmerman followed up a poorly-taken penalty by Brenner with a headed goal to make the score 2-1 in the 28th minute.

Brenner’s miss which floated into the arms of the keeper, turned out to be a huge play in the match.

Vazquez’s takeaway, extraordinary first touch and rocket past the keeper put a halt to Nashville’s momentum for a moment. He became FCC’s first player to score in consecutive games.

“They tried to play a ball between me and Lucho and I picked it off,” Vazquez said. “I didn’t plan on that first touch. Just instincts, I guess.”

But Randall Leal’s blast from distance cut FCC’s lead before halftime. The strike was similar to the Fire’s winner a week ago.

“You need two midfielders in front, willing to sacrifice,” Marshall said. “When you’re not in a playoff situation, maybe you don’t put your body in front of them to block those opportunities. It’s a mindset to close things down. Moving forward, those things can’t happen.”

But on the defensive side, Nashville never stopped threatening.

In the 71st minute, Nashville equalized on C.J. Sapong’s tap-in off a set piece. Leal’s second goal five minutes later, another from outside the box that tucked just inside the right post, put Nashville ahead to stay.

It was the fourth time since joining MLS in 2019 that FCC has lost a match in which it led by at least two goals.

“It’s just deja vu,” Vazquez said. “It just hurts. We see the quality every day in training and the work we put in. It just hurts.”

There were boos at the final whistle as most everyone associated with FCC counted the days before Chris Albright’s real work can begin.

FCC got an injury boost on Wednesday with the return of Yuya Kubo from an ankle injury, defender Geoff Cameron who was suspended one match due to yellow card accumulation and Brenner who was rested for Saturday’s 5-1 loss at Miami.

The Orange and Blue are still without Gustavo Vallecilla who’s out with a hamstring injury and Nick Hagglund who had season-ending surgery on his broken wrist.

Kenneth Vermeer made his first start in goal after being on the bench for the past eight matches. He was under pressure most of the night.

“Second half, we didn’t stick together defensively,” Kubo said. “We connected really well in the first half. I don’t know if it’s mental. We needed to focus more in the second half. We score three goals, and we couldn’t beat them. What can I say?”

Vázquez: Yeah it hurts, it’s like deja vu every time we play at home. We played really well the first half and a couple seconds of lack of focus in the second half cost us the game, and it really hurt.”