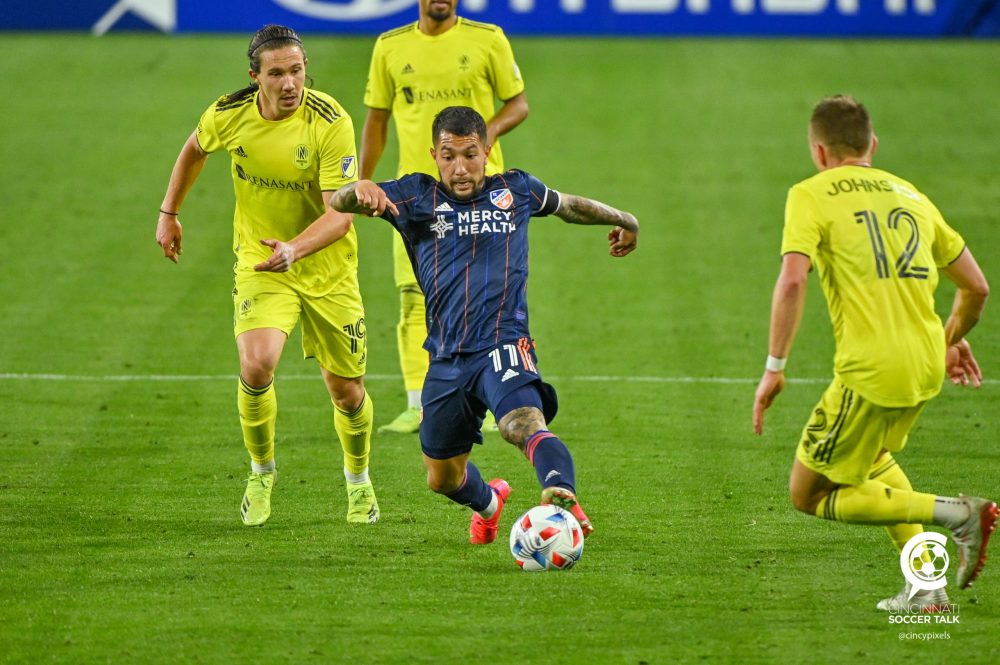 FC Cincinnati is in the middle of a nine-match losing streak and with that weight welcomes Nashville SC to TQL Stadium.

FCC is by far the worst team in Major League Soccer, and if the team loses on Wednesday, they can clinch the Wooden Spoon (with a Toronto win). That would be the team’s third-straight Wooden Spoon in just three seasons in the league, an absolutely astonishing record.

All the metrics point to how bad FCC has been this entire season. The team’s defense has allowed more goals than any other in the whole league. It has allowed 64 of them total on the season. The second-worst club, Toronto FC, has allowed 60. That number has been added to in the last couple of matches. FCC allowed nine goals in the past week, after only allowing four in the prior three matches.

We discussed on Monday’s podcast that perhaps new General Manager Chris Albright is experimenting with what he has. He doesn’t have much in the center-back role, outside of Cameron, as the past week taught us.

On the other side of the ball, FCC is tied for second-worst in the entire league with only 33 goals scored. FCC is behind Austin FC in that regard, who only have 31 goals on the season. Lucho Acosta had a decent match all things considered, but the entire rest of the offense has struggled. The club has nearly let in two times as many as they have scored. Brenner shows promise for a match or two then looks invisible. Whether that’s the rest of the offense or him, considering the price tag, things must look better.

This team needs considerable improvement before it can even think about contending for something not made of wood. That’s why Albright was brought in and why Stam was let go.

What FCC has been since joining MLS, Nashville has been the exact opposite. Nashville SC is currently third on the eastern conference table with a record of 12-11-8 for a total of 49 points. The team has scored a total of 47 goals and allowed only 28 of them, the latter of which is tied for tops in the league with the Seattle Sounders. They were 2nd prior to last week but they stumbled against the Union who nabbed #2 from them.

According to WhoScored.com, the strengths of Nashville SC include counter-attacks, winning aerial duels, coming back from losing positions and protecting the lead.

The site also said the team’s weaknesses include avoiding offside and defending against long shots.