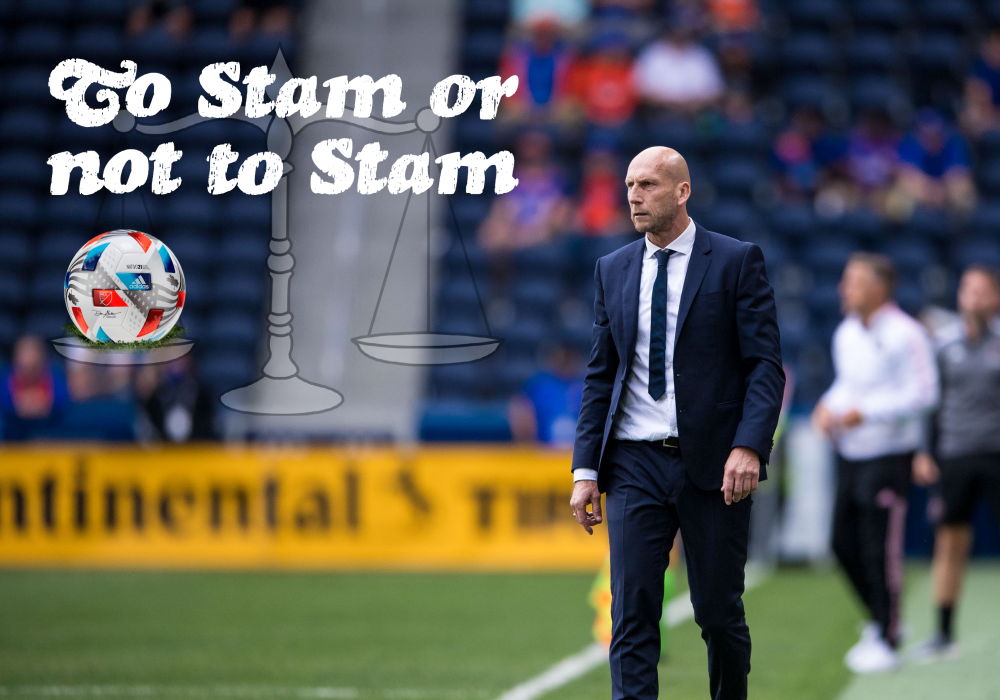 Bryan, Geoff and Boston take opposing views on if FC Cincinnati should keep Stam on in 2021

My position: To Stam

Jaap Stam has shown creativity and willingness to try new concepts over the course of the season. Unfortunately, he has had to cover for an incomplete roster build. Covid and injuries while trying to spark some results have not helped. Every coach deals with these issues in some way, but I would wager signing unproven or young attacking players has really hurt Stam’s chances to succeed. Has he made mistakes? ABSOLUTELY, but for now, I still think he is the person to lead the group. With 13 matches remaining in this season, I want someone who has the clout to still lead the group and to keep them focused. While his managerial career can be questioned, I still think he can command respect due to his superior playing record. That goes a long way with players. Can they see through his flaws? SURE. They aren’t dumb. I do think they would have significantly more respect in the room than any other option that we could install. I think it really comes down to the new GM hire. In a normal situation, I want Jaap to have some freedom to manage the group as he sees fit. Not in this case. Jaap needs to manage how the GM wants him to this Fall. If he cannot do what the new GM expects, I want that trigger pulled quickly. I want Jaap to succeed and really hope he can provide a spark. Give him the reigns until he can’t complete the tasks given by the new GM or a continued melt-down.

My position: Not to Stam

Jaap Stam doesn’t look long for Cincinnati either way. The plan was to let a GM come in and evaluate him and then decide what will happen next season. That was a decent plan when Stam was drawing matches, taking few risks, and had a few other teams under him in the standings. Since Gerard Nijkamp “parted ways with FCC”, the team hasn’t been able to win. They are falling apart the back half of matches and Stam is running his main assets out with few breaks.

Season ticket holders have not seen a single win. The only people walking in and out of TQL stadium happy are visiting fans. That is where the main future problem is for FCC. Even if keeping Stam on is the correct thing for the players, FC Cincinnati for the first time in their existence has a fan problem. You may not see it in the stands quite yet but this renewal period is going to open eyes. FC Cincinnati needs a win. If they can’t get it on the field they need to get it off the field. They need to convince fans something is worth coming back for. Goodwill is gone, the benefit of the doubt, gone. Firing Stam and getting some wins would be huge, granted that the last part isn’t guaranteed.

End of the day, I think fans need to see a plan and most don’t believe Jaap will make it past a new GM’s review anyway. I chop him early and tell the replacement to only play players that are under contract or part of the future plan. Inform fans of this plan and let them see new players. We all will understand why Lundt and Arquimides Ordonez are on the pitch. We will certainly enjoy losing that way more than the pointless 80′ minute Brenner for Vasquez sub we see each week. Give the fans something to cheer for if it isn’t winning. Give us a young player to love and if Stam won’t do it, someone else will.

We’re in a no-win situation when it comes to the fate of Jaap Stam’s managerial position here in Cincinnati. Firing him with 13 games left in a subpar season feels both unnecessarily early and desperately late. One could argue that, if a bystander was shown FC Cincinnati’s record and asked if the manager should be fired, most would agree that the numbers justify an axing.

Stam has managed six more MLS matches (42) than the last three managers, both permanent and interim, combined (36). Comparatively speaking, that has resulted in only one more win (7-6), yet three less goals scored (30-33). Equally painfully, a last-place finish during a pandemic is still a last-place finish. At the same time, what would firing Stam do for the team at this stage in the season? Yes, Stam has barely managed to compile more points per game than the other three (0.79-0.67), but an improvement is still an improvement. Yes, Stam is finding newer ways to lose points late in games, but FC Cincinnati is still competitive when it provides a full squad, and it doesn’t make that much sense to fire the coach when talent is about ready to join the team (Kyle Scott, Tyler Blackett).

In general, we’re witnessing a “Schrödinger’s cat” situation when it comes to the status of the team between now and the end of the 2021 season. The future is easy to see; Stam’s not going to be here in 2022. However, until then, we cannot see if this team is going to get better or fail miserably. Within the box that is the final 13 games, either the cat’s alive and barely out of the cellar, or the cat’s dead and staring down the barrel of another Wooden Spoon.

For FC Cincinnati fans that were given the promise that this team will be vastly improved, a minuscule improvement over the past two seasons of lethargy will not justify keeping Stam around, but it will not matter what you do now. Whether you fire him now or fire him later, the result will still put a period on a failed MLS start that has undone everything FC Cincinnati had constructed in the USL era.