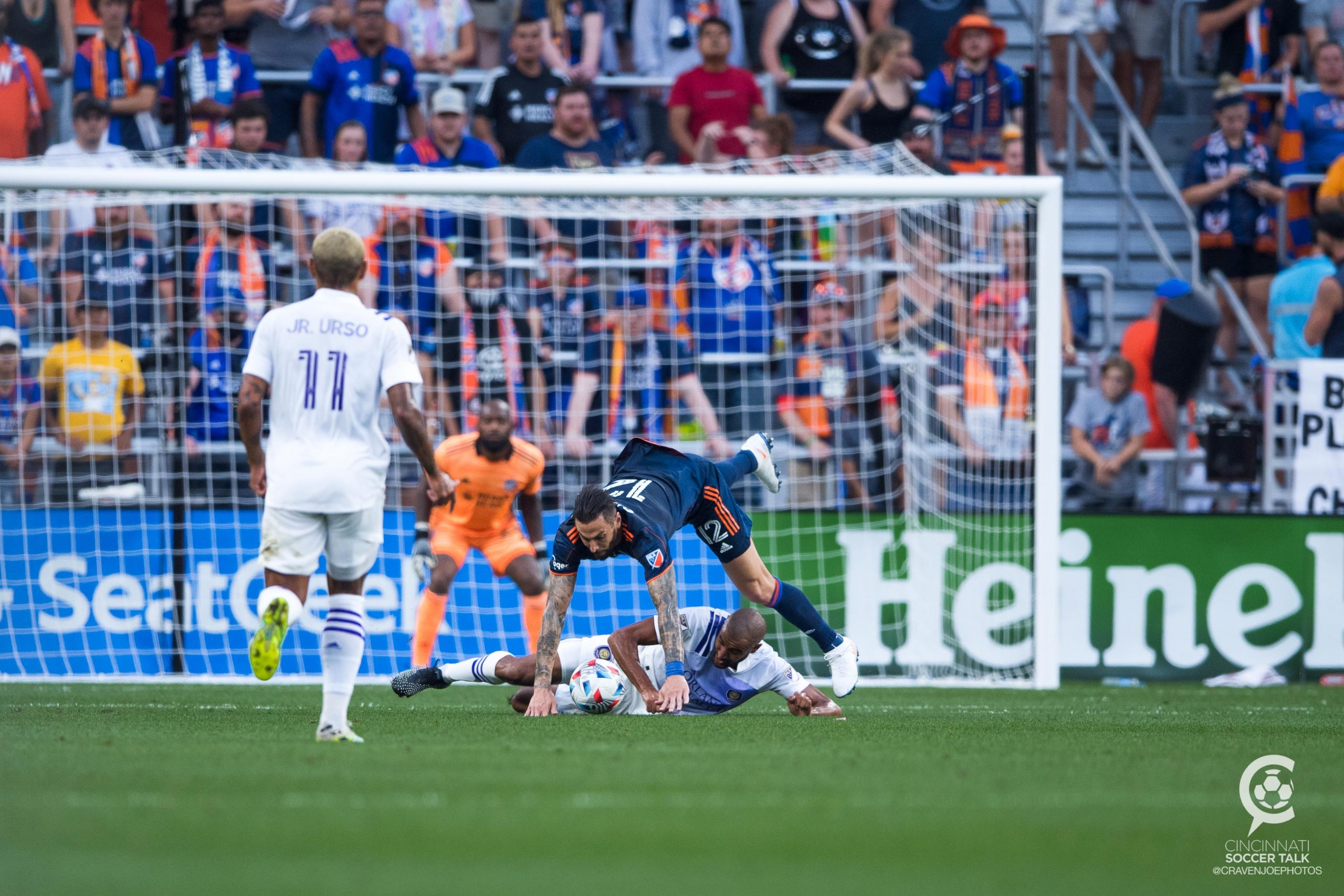 FC Cincinnati played to another draw at TQL Stadium on Saturday, finishing 1-1 against Orlando CIty SC.

Despite taking the lead before the stroke of halftime on Saturday, FC Cincinnati conceded a second-half equalizer to draw Orlando City 1-1. The draw is FCC’s sixth in their last eight matches.

The result follows a chaotic week in Cincinnati during which the club parted ways with general manager Gerard Nijkamp. And handing away the club’s first win at its new ground likely wasn’t the response for which the club hierarchy had hoped.

“When you’re not careful enough on the ball, you make a mistake yourself and you give away a goal, that’s harsh,” offered FC Cincinnati coach Jaap Stam in the virtual postmatch press conference. “That cost us again the three points. We’ve been here before, we’ve spoke about it before, but we were very close.”

Against Orlando, Stam opted for the same team selection for the third match running. And for the first 30-minutes of the match, it looked a side who had played three matches in eight days. The Orange and Blue struggled to connect passes and failed to even register a shot in the opening half an hour.

But its fortunes changed in the final quarter-hour of the opening half. Sustained pressure in Orlando’s box led to a classy opener for FC Cincinnati, as Luciano Acosta laid off for Barreal on the right side of the box. The Argentine attacker then slid a ball across the box to the penalty spot, where Brenner was waiting to smash home his fourth goal of the campaign.

Orlando found its feet again at the start of the second half, and a trio of substitutions in the 55th minute proved an effective adjustment by manager Oscar Pareja.

Just moments after stepping on the pitch, Portuguese designated player Nani picked off an errant pass from Allan Cruz in FC Cincinnati’s defensive third. The attacker drove forward 10 yards before slotting the ball past an outstretched Kenneth Vermeer to level the score.

A scrappy final thirty minutes of play followed, with the hosts and visitors exchanging bouts of possession. Vermeer would be forced off through a tight quad just after the hour mark, though his replacement Przemysław Tytoń didn’t have much work to do after his introduction.

FC Cincinnati will now have 10 days to recuperate from the hectic spell before hosting playoff contender CF Montreal in the Queen City.