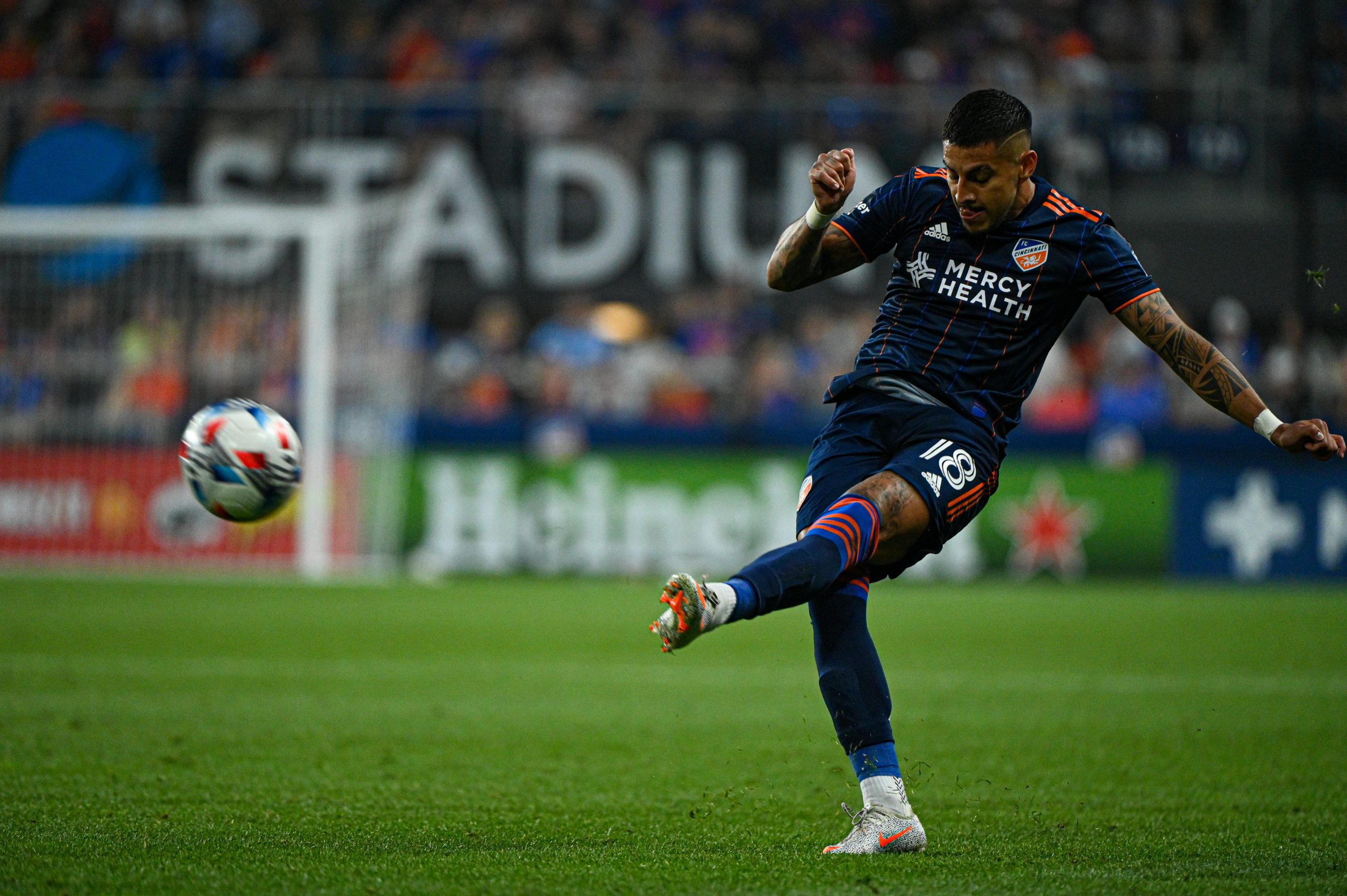 FC Cincinnati looks to get its first win at TQL Stadium on Saturday against Orlando City SC.

FC Cincinnati will look to capture its first win at TQL Stadium when the team goes up against Orlando City SC on Saturday. FCC is currently 3-6-7 with a total of 15 points.

FCC’s last match against the New York Red Bulls was very disappointing from an attacking standpoint. Brenner didn’t look the part of a $13 million striker, and Luciano Acosta looked exhausted by the second half. Alvaro Barreal was disappointing as well.

This team is relying too much on the same people too often, and because of that, the opposition knows what to expect, and those players are starting to get very tired legs. This problem has become exacerbated because of coach Jaap Stam’s problem using his subs.

He played the same starting 11 that couldn’t score a single goal against a 10-man — and for a short time 9-man — D.C. United. FCC needs to make substitutions to not only rest players but also try a new attacking route when the original one isn’t doing well enough.

The defense has done a good job on paper the last two matches, getting two shutouts. There have been many close calls and extenuating circumstances that made it easier, but both matches ended with zero goals, which is the most important part. Geoff Cameron continues to be a force, and Gustavo Vallecilla brings the speed that is needed.

However, the one part that is causing disappointment is Nick Hagglund at right back. Yes, it allows the defense to look better, but that in turn negatively affects the offensive output. He is not good in that area, and it shows.

FCC has already faced off against Orlando once this season, and that match ended in a 3-0 loss for FCC. This match happened prior to Cameron’s arrival to the squad, and it was Vallecilla’s first appearance on the matchday roster, as he started on the bench. This is a factor, as FCC’s defense improved considerably when they started playing.

Orlando City SC is currently second in the Eastern Conference with a record of 8-5-4 and 29 total points. The team has scored 27 goals on the season and allowed 22 so far.

Orlando’s leading scorer as of now is Nani with eight goals. The team has two players tied for second with three goals on the season, Tesho Akindele and Benji Michel. Then it has five players with two goals apiece — Junior Urso, Daryl Dike, Chris Mueller, Andres Perea and Silvester van der Water.

According to WhoScored.com, Orlando’s strengths are finishing its scoring chances, attacking down the wings, coming back from losing positions and defending set pieces.

The website also said a weakness for the team is defending against through-ball attacks.

FCC has certainly improved since it last played Orlando thanks to its newest additions at the center-back position, but that doesn’t mean the team is infallible. Orlando has considerable attacking prowess thanks to Michel, Nani and Dike and knows how to use them to score in droves. I think this game could turn out to look ugly if FCC doesn’t go out with a lot of energy.

I think this match will end with a 2-1 win for Orlando City SC.