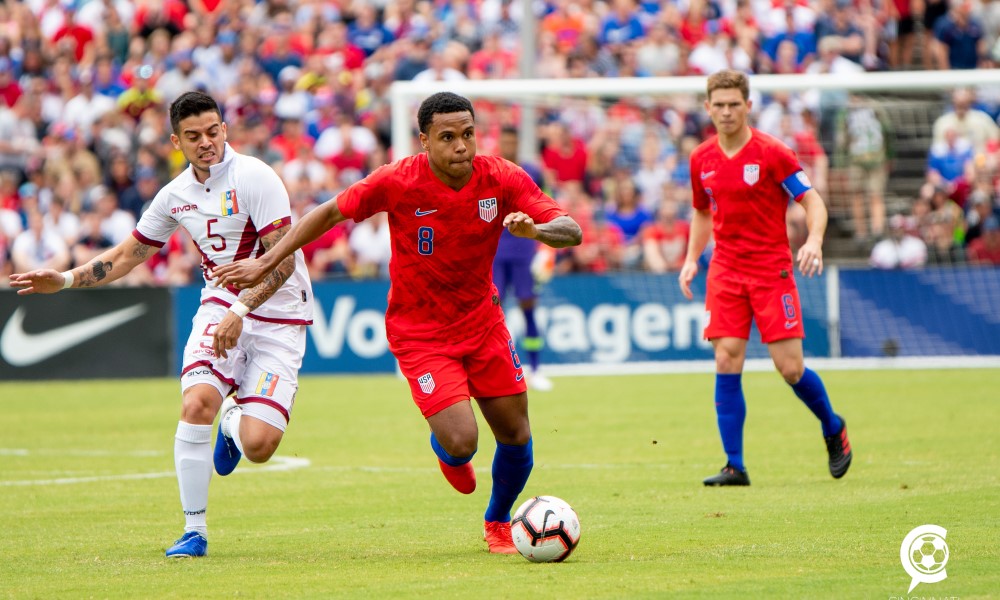 BREAKING: This story will be updated. Please check back in with Cincinnati Soccer Talk later as we will feature a story from D.J. Switzer about today’s announcement.

The rivalry match famously dubbed ‘Dos a Cero’ will be held on Friday November, 12th with live coverage on the ESPN and Univision family of networks.

This will be the the United States seventh contest of the fourteen match CONCACAF FIFA World Cup qualifying cycle. The U.S. will try to avenge a November 2016 home loss to Mexico at Historic Crew Stadium.

It is fitting that the Queen City would host the crown jewel event for US. The new state-of-the-art home of the FC Cincinnati, hosted its first match in May 2021. While other contests in the US might have trophy implications, this is without a doubt the preeminent international soccer match hosted in the US every 4-5 years.

Cincinnati has recently been the host for U.S. national team matches. The U.S. women’s national team played New Zealand in 2017, and the men faced Venezuela in 2019 — both friendlies at Nippert Stadium.

This is not the first time the newly opened TQL Stadium has been considered for a prominent international match. CST reported that the stadium had originally been chosen as a venue for the 2021 CONCACAF Gold Cup. Unfortunately playing sites were re-evaluated due to the pandemic restrictions at the time and the match was moved.

Ticket information is available via USSoccer.com.

Please check back in with Cincinnati Soccer Talk later as we will feature a story from D.J. Switzer about today’s announcement.