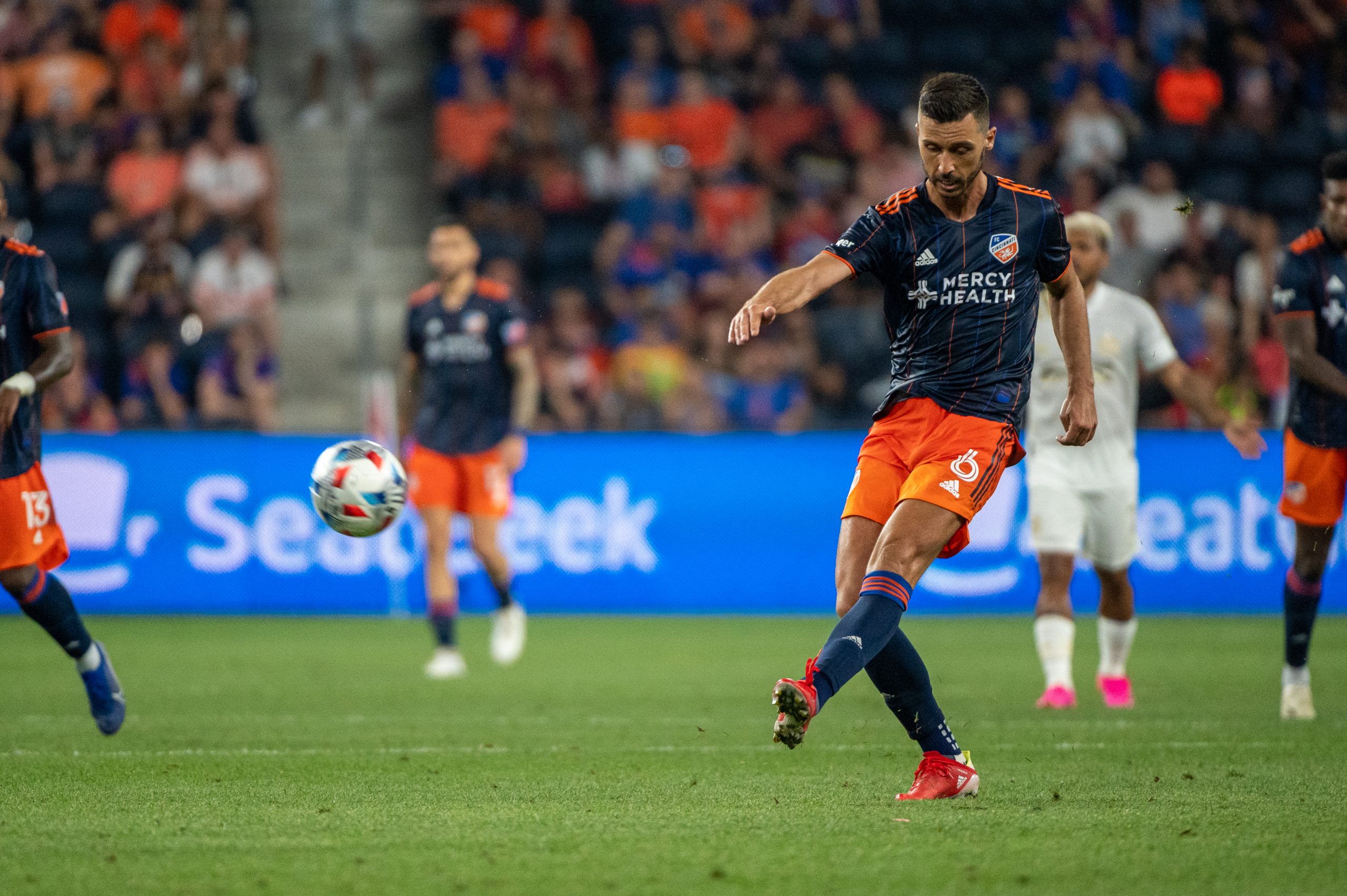 FC Cincinnati closed out three matches in eight days with just one point after Saturday’s 3-0 loss at Nashville SC.

FC Cincinnati had another disappointing performance in its second match of the season against Nashville SC, losing 3-0 on Saturday.

FC Cincinnati looked sluggish for almost the entire match and like it had eaten 10 pounds of spaghetti 15 minutes before the match.

The biggest disappointment of the match was the offensive output — or the lack of it. Brenner, Luciano Acosta and Alvaro Barreal had what might be the trio’s worst match together. There weren’t many times they were able to link play between each other, and the times they did, it led to some bizarre choices.

The biggest chance from FCC came when Brenner had a choice of an almost open goal or a pass to Barreal, but he decided too late, and the pass to Barreal was intercepted, wasting it.

The ending 15 minutes of the match wasn’t bad from an offensive point of view. But that really can’t be counted as a fact because the opposition can just defend and not really have to worry about losing the match, especially when it is up 3-0 on a team that sometimes has trouble scoring.

Another problem FCC had was that it was just too slow. Even when it had what looked like promising chances, it didn’t come to fruition because the offensive players just kept passing too slowly and not taking the chances as soon as they showed themselves. The offensive players also didn’t offer any movement to the person holding the ball. Many of the players were very stoic and just expected the ball to come to them.

The defense was sorely lacking, especially prior to Nick Hagglund’s entrance into the game. C.J. Sapong ate Gustavo Vallecilla alive, and the backline as a whole was torn apart.

Nashville SC gave the FCC backline a hard time with knowing where the offensive players were at any one time. There were too many times where FCC had five or six players back on defense where it didn’t matter. That was either because the backline didn’t know where the opposition was or the pass was too good to stop.

Once Hagglund entered the match, the backline got a little bit better, but it wasn’t good. He took away two clear-cut chances from Nashville which could have made the scoreline even worse.

Overall, this game just felt like a match where FCC didn’t want to be there. The match dragged on for what felt like hours because of how slow FCC was playing, and the defense showed why it was — shocker — still a weakness.

FCC still has a ways to go to compete for even a top 10 finish in the Eastern Conference.