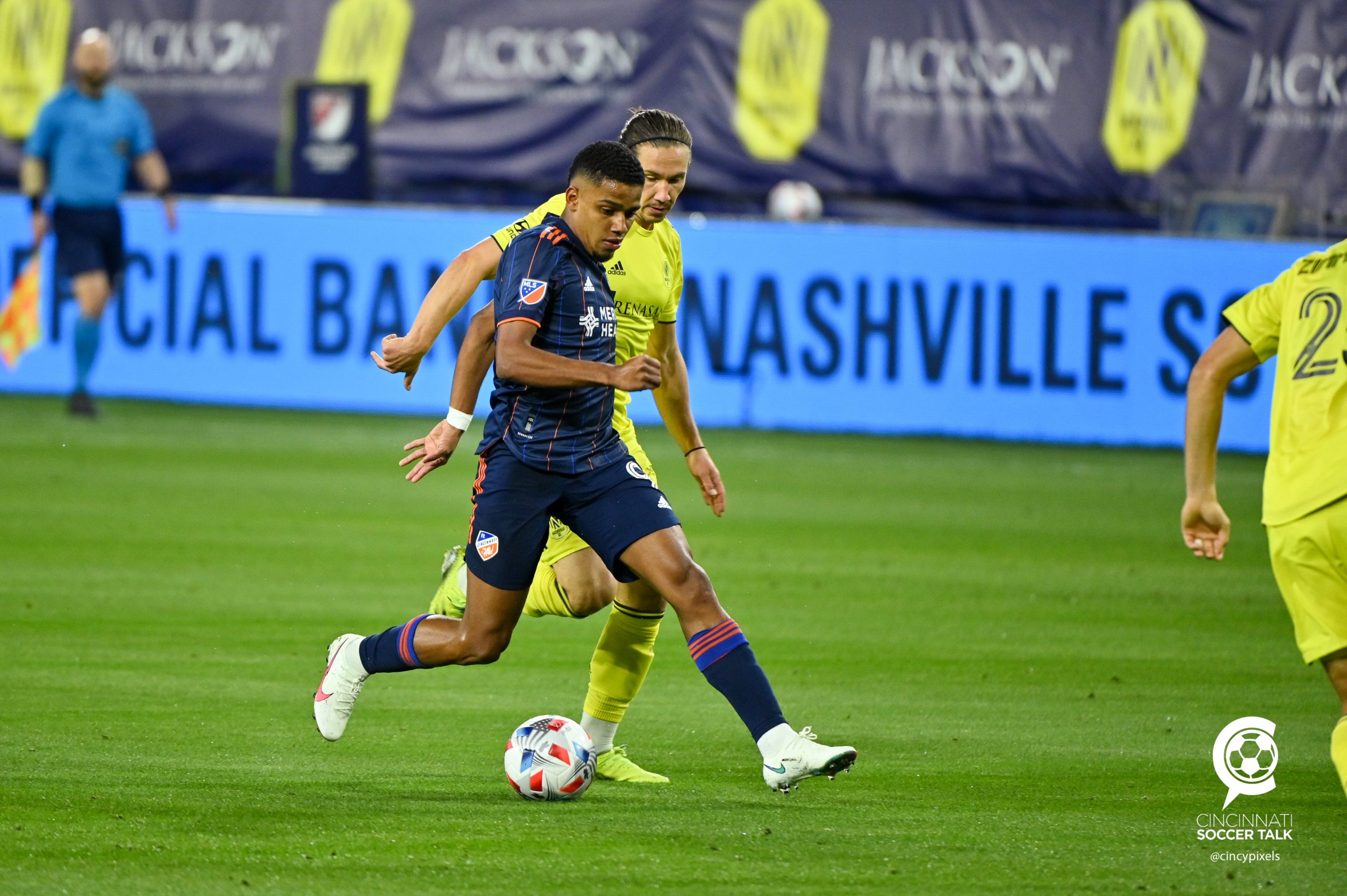 After playing to a 2-2 draw to start the season, FC Cincinnati returns to Nashville SC on Saturday.

Following another disappointing home result from FC Cincinnati, the team will go on the road to take on Nashville SC for the second time this season. That first matchup between the two clubs, which was the first match of FCC’s season, was a dream start for the club but devolved into what fans have come to realize — that FCC can’t hold a lead, especially a two-goal lead.

FCC’s previous match against Atlanta United FC really showed how far the team has come in terms of its offensive potential. The team was creating chances relatively consistently and pressured the opposing defense a considerable amount. Unfortunately, that pressure only equaled a single goal, but there were plenty of other opportunities that could have easily gone in.

Once again, Luciano Acosta showed why FCC tried to bring him back to MLS following his departure from D.C. United, and what a return it has been.

Alvaro Barreal and Brenner are also getting considerably better at being able to play together. Their chemistry and link-up play, along with Acosta, are the most prominent reasons the team will be able to score, and it is only getting better.

The team’s defensive capabilities improved from the match against CF Montreal on Saturday, but the team still could have done much better considering all of the absences Atlanta had. Gustavo Vallecilla and Geoff Cameron, however, didn’t have a terrible match. The biggest reasons for concern were from the fullbacks, Joseph-Claude Gyau and Edgar Castillo.

Kenneth Vermeer had a pretty good match all things considered against Atlanta. The end of the match showed exactly why FCC and coach Jaap Stam decided to bring in the Dutch goalkeeper. He knew exactly where he needed to be, and in instances he needed to come up big, he did. He was the only reason the team was able to salvage a point out of a match they were leading at one point. If he can play more like the end of the match, he could get in the good graces of fans.

Nashville SC is currently third in the Eastern Conference with a record of 5-8-1 and a total of 23 points. Nashville has scored 21 goals on the season and only allowed 14 goals in its 14 matches this season.

The team’s leading scorer this season is midfielder Hany Mukhtar with seven goals, including a hat trick. Forward C.J. Sapong has also tallied three goals on the season. Also, the team has three players with two goals apiece. This shows Nashville is very good at distributing the ball and giving a lot of offensive players chances.

Nashville SC will be without 2020 MLS Defender of the Year Walker Zimmerman, which will, obviously, be a massive loss, and because of that, it could be vulnerable.

While I think FCC has a chance to take advantage of Nashville without one of its most important players, if not its most important fullstop, I think its bevy of offensive weapons will pose big problems for the width of FCC’s defense. The ability of Nashville to spread the FCC backline and create spaces for Mukhtar and Sapong to run into will not bode well for the team. I see FCC getting a goal, but I think that will be the extent of it.

I think the final score will be a  2-1 Nashville SC win.