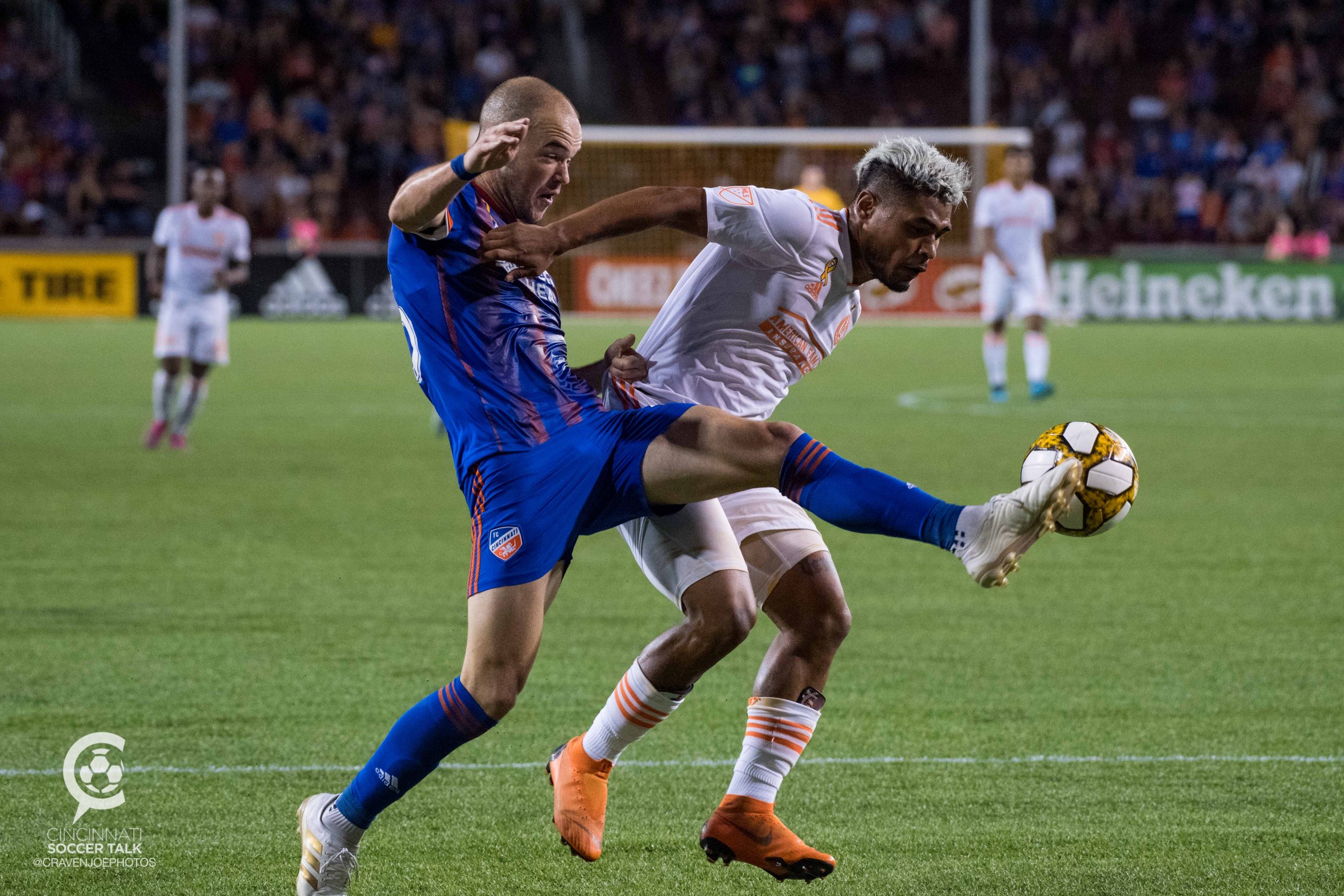 With a coaching change and likely armed with Josef Martinez, Atlanta United comes to TQL Stadium on Wednesday for a bout with FC Cincinnati.

FC Cincinnati will look to wipe its memory following the humiliating performance against CF Montreal on Wednesday when the team faces off against Atlanta United FC.

FC Cincinnati comes into the match following a performance that fans were not impressed with on the defensive side of the ball, which could come into play for a sort of redemption game for star forward Josef Martinez.

The FCC backline will, unless something catastrophic happens, have Geoff Cameron back for this match, which should improve its prospects immensely. Cameron has been a guiding rock on the field, both in terms of experience and his actual play, and had he been in Montreal, that game would have been a definitive three points. Look for Cameron to try and immediately establish his presence and show his passing connection with Gustavo Vallecilla.

Kenneth Vermeer also had an abysmal showing, and that has led to fans thinking Przemysław Tytoń could see the field again soon.

According to Laurel Pfahler on Twitter, Stam offered some criticism of him, but also similar praise, so it isn’t clear.

Just wrapped up interviews with Gustavo Vallecilla and Jaap Stam. More later but Stam did speak to the goalkeeping situation many have been questioning. He still rates Vermeer as a strong GK, said he thinks the same of Titi. At some point Titi will get a chance again… #fccincy

Something big to note is that Yuya Kubo will not be available for the match due to yellow card accumulation, which will be a massive loss. The team will now be without both Allan Cruz and Kubo. The midfield is currently looking mighty thin in terms of players able to even mildly pressure the opposing midfield. Look for the team to possibly play aggressively early on to try and get an early advantage.

The offense may not have had an outstanding match in terms of creating consistent chances, but what it did do is take advantage of the small number it did have. That’s the second game in a row that’s happened, which is a great sign.

Brenner finally broke out and got his first goal from open play and then got another one, so you could say he’s finally arrived. Alvaro Barreal and Luciano Acosta have continued to look outstanding. Don’t be surprised when we soon start seeing the transfer rumors from real clubs looking at him and paying out some serious dough to acquire his services.

Atlanta United FC is currently 10th on the Eastern Conference standings with 13 total points and a record of 2-7-4. The team has tallied 13 goals in its 13 games played and has allowed 16 goals so far this season.

Atlanta United is also in a different spot than fans of both FCC and Atlanta thought they might be coming into this match a week ago due to the team’s front office firing head coach Gabriel Heinze. Heinze and star forward Martinez did not see eye to eye, and this is cause for firing even without the bad performances.

Now that Heinze is not with the club anymore, look for the team to bring Martinez back into the fold in a big way. Star forwards usually love to perform against the FCC backline — just look at Gyasi Zardes, and Martinez will look to continue that.

Martinez this season has only scored two goals in his seven games played, while the leading scorer for Atlanta is Marcelino Moreno with three goals. Defender Anton Walkes has two goals on the season as well, which should tell you enough about how this season has gone for the Five Stripes.

However, Atlanta’s defensive performance hasn’t been horrendous considering its place on the table. The team has allowed just 16 goals on the season, and if its offensive woes stop, look for it to shoot up the table almost immediately.