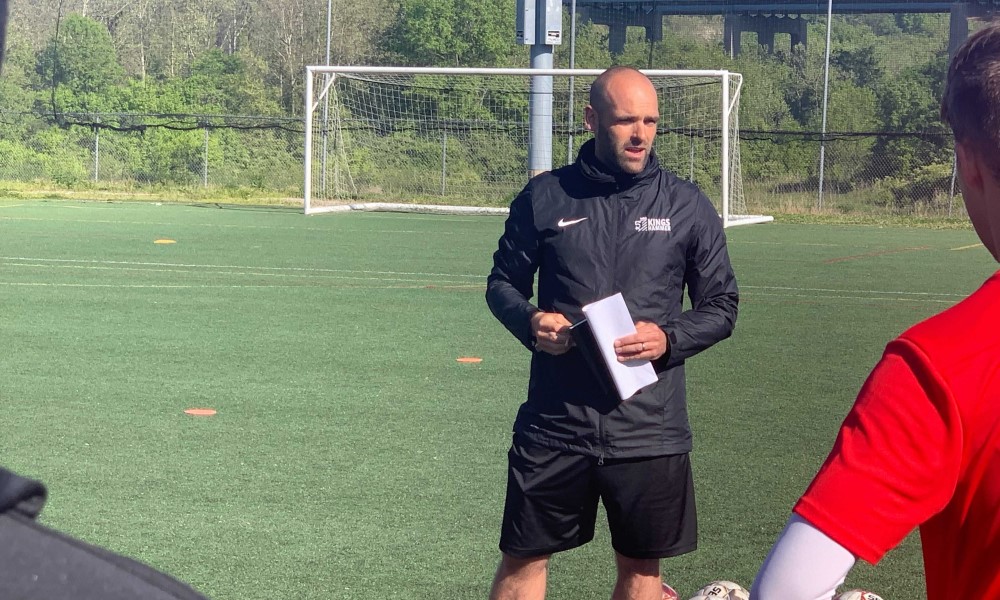 Kings Hammer FC took a step closer to the playoffs with a 4-1 victory Saturday at Toledo Villa.

Cue the old Jim Mora, Indianapolis Colts, “Playoffs” clip now. Kings Hammer FC has nine points left to collect this season before making an attempt at a playoff run. Saturday, on one of the shorter road trips of the season, KHFC established its dominance of Toledo Villa in the final 30 minutes and come home with a 4-1 victory.

Was it the best match of the season?

It’s possible that this will go down as a real turning point for Kings Hammer. A new formation seemed to generate more offense in the second half, but it seemed as though KHFC was just more fit when it comes down to it. It is something, as a coaching staff, to be proud of though. Kings Hammer FC does a great job in setting the expectation that the boys are fit.

The game opened with a mistake by the Toledo goalkeeper in the fifth minute. Rodrigo Robles took advantage of the keeper’s mistake to put Kings Hammer up by one early. Toledo didn’t shut down though and had a number of chances to equalize and did so in the 32nd minute.

Toledo looked like the better team from about the 20th minute to the 55th minute. Halftime saw the teams locked at one goal apiece. Kings Hammer made a couple of halftime changes, and it took about 10 minutes for those changes to show their effectiveness. Danny Barlow and Alexander Krakowiak entered the match at halftime, and their leadership showed as the match continued.

Robles scored his second goal of the match in the 68th minute on a beautiful assist by Brayden McNitt.  The Kings of the Queen City poured the pressure on as Cory Pitlik scored his first goal for Kings Hammer FC in the 81st minute. That was the beginning of the end for Toledo. Down by two, Toledo Villa was desperate to push forward to try to make something happen.

Kings Hammer had a number of scoring chances in the last nine minutes, and stoppage time provided just enough time for Barlow to add a goal to his assist on the night for a solid second-half performance coming off the bench. A 4-1 final with a strong second-half performance by the boys in silver and black put them four points ahead of Flint City, who took a loss at home against Grand Rapids on a weather-delayed Saturday night in Flint.

Dayton (0-1-9)
Dayton picked up its first point of the season on Sunday with a draw against Ft. Wayne. The Dutch Lions come to Xavier to take on Kings Hammer at 7 p.m. Wednesday.

Ft. Wayne (1-5-5)
Ft. Wayne comes to Cincinnati to take on KHFC at 7 p.m. July 7. This match was originally scheduled for July 9 but was moved when the FC Cincinnati-Columbus Crew match was moved to that night.

South Bend (3-3-4)
The other Lions head to Xavier for the regular-season finale for Kings Hammer FC on July 11 for a 4 p.m. match. South Bend will see Flint, Ft. Wayne and Dayton all before coming to Cincinnati for their first-ever visit.

The playoff picture is an interesting one in the Great Lakes Division. As of this moment, the only team statistically eliminated from the playoffs is Dayton. Ft. Wayne would need to win out and get a lot of help along the way. The top three teams in the division will get a playoff birth this season.