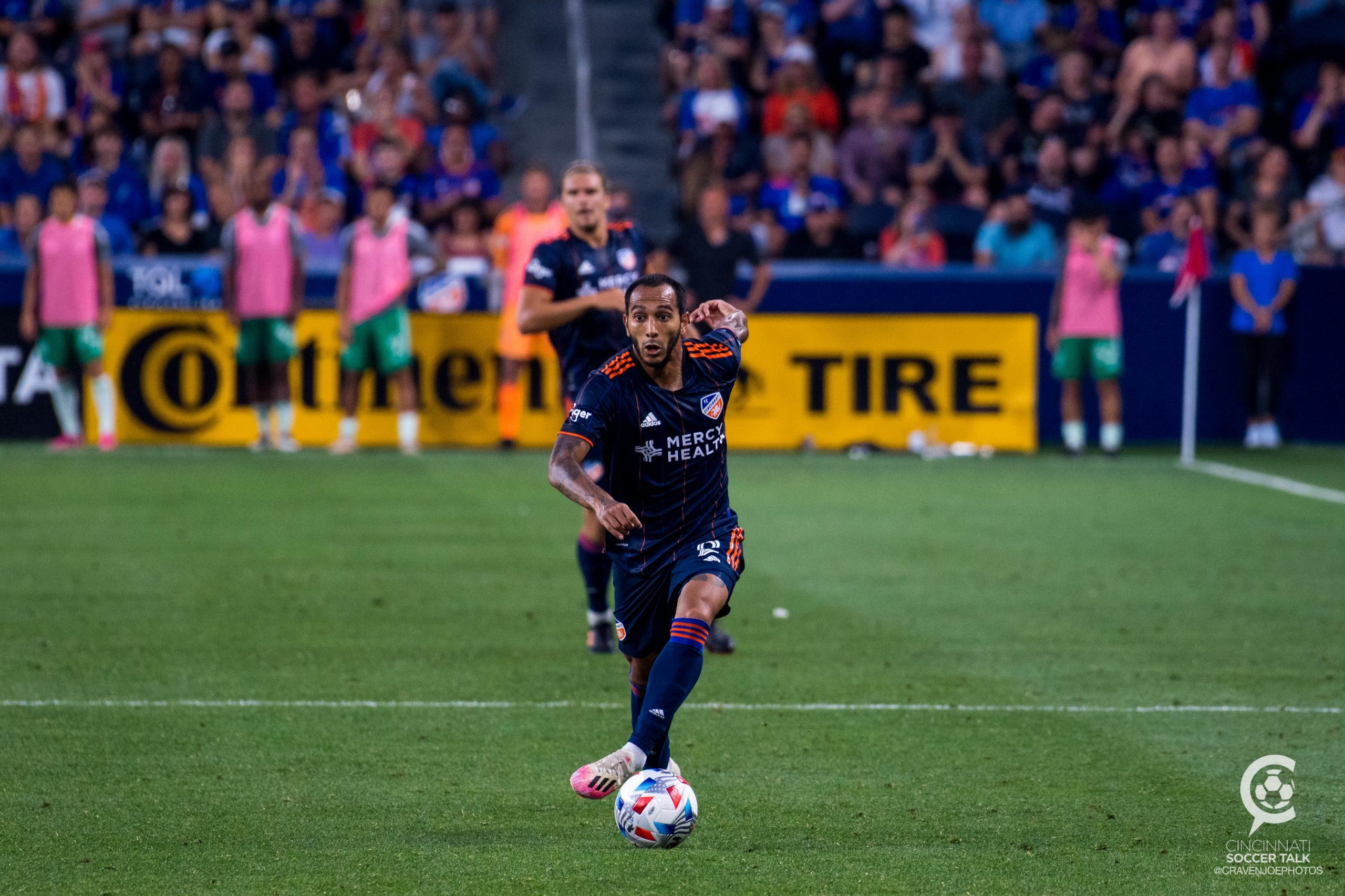 Fresh off its win in Chicago, FC Cincinnati travels to Orlando, Florida, on Saturday to face Toronto FC, which features the league’s worst defense.

FC Cincinnati will look to continue its winning ways when it travels to Orlando, Florida, to face off against Toronto FC at 7 p.m. Saturday. FCC earned its second win of the season on Wednesday in Chicago and Toronto FC is a team that is in a similar place to Chicago. Toronto FC currently has a 1-2-6 record, giving the team a total of five points.

FCC looked exponentially better on the offensive side of the ball for most of the match against Chicago Fire FC. FCC tallied 12 shots on goal during the match compared to two shots on goal for Chicago. FCC could have scored multiple times just in the first half alone. One of the bigger reasons for this might be because FCC used the width much better than in previous matches. They stretched the opposition in much better ways, allowing better passing lanes and more intriguing opportunities.

However, the team’s finishing remains one of its weakest aspects. Jurgen Locadia, Isaac Atanga, Brandon Vazquez and Brenner should have all had a goal but they didn’t because of their awful quality in the final third. Vazquez specifically had an attempt at the end of the match he didn’t convert, and had it not been for VAR, FCC would have dropped the win.

The defense for FCC during the Chicago match didn’t get much better, which was especially disappointing because of Chicago’s lack of goals scored. Chicago had multiple spots during the match where it should have scored, with one moment in particular sticking out, as Robert Beric pulled a Locadia in front of goal. Geoff Cameron had a couple of good moments, but the backline as a whole still lacked a lot of cohesion, and each time the opposition neared the goal, it always felt like something was going to go wrong. There was never a moment during the match where the FCC defense seemed like it was in control of the incoming attack from Chicago, which is still massively worrying.

Toronto FC is currently 1-2-6 and the team has totaled five points on the season. Its lone win on the season came against a familiar foe, Columbus Crew. This match saw Toronto beat FCC’s northern rivals 2-0 on May 12. Toronto has been a team of hot and cold. The team has scored 12 goals this season, which is higher than all of the other bottom dweller teams in the Eastern Conference. The team’s leading scorer is midfielder Jonathon Osorio with three goals. Ayo Akinola is the only other player on the team with more than one goal, with two specifically.

However, Toronto has also allowed more goals than any team in the Eastern Conference with 18. That’s even more than FCC, obviously, which should show how bad its defense is.

WhoScored.com lists some of the strengths, weaknesses and style of play for Toronto FC.

The site says some of the team’s strengths include coming back from losing positions, protecting a lead and stealing the ball from the opposition.

It also lists some of its weaknesses, which are extensive, and include keeping possession of the ball, defending down the wings and counter attacks and avoiding individual errors and fouls in dangerous areas.

WhoScored.com said the team’s style of play includes attacking from the left, controlling the game in the opposition’s half and playing the offsides trap.