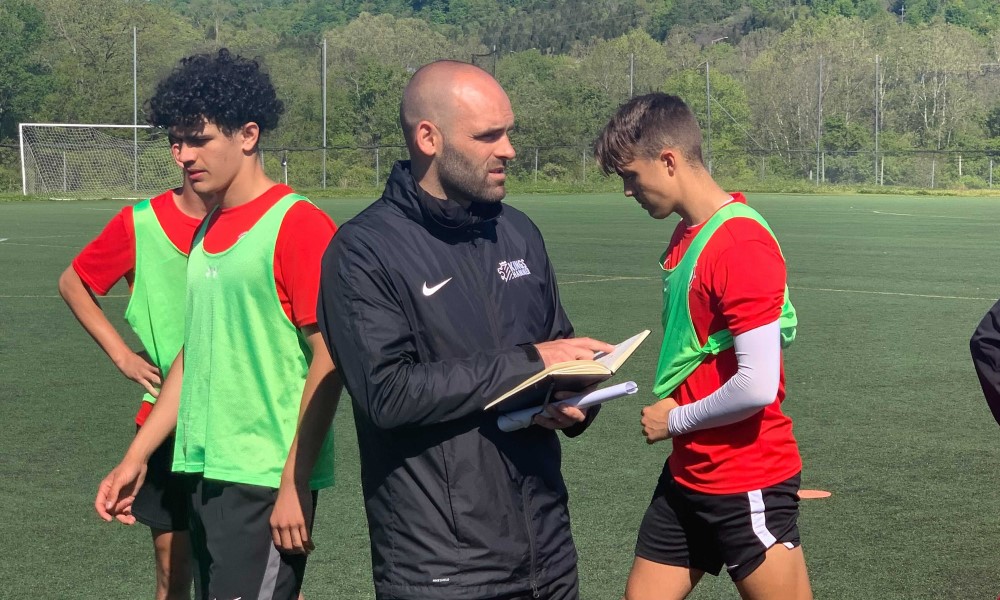 Kings Hammer earned a 0-0 draw Wednesday at the South Bend Lions to stay near the top of the table.

Something strange is happening in the Great Lakes Division this season: The Flint City Bucks are having their worst season in 24 years. The Dayton Dutch Lions have zero points at the midway mark in the season. Then, you have some newcomers, Kalamazoo FC, Kings Hammer, and Toledo Villa, sitting at the top of the division table.

There are 12 matches in the division that have ended in ties. Kings Hammer has played three — all 0-0 draws.  The most recent was Wednesday at the South Bend Lions.

We’ve all heard this saying before: “Defense wins championships.” While to some extent that is true, with quite possibly the best defense in the league, Kings Hammer sits five points out of first place at this point, though with a game in hand.

Coach Paul Nicholson appears to have built a very defensive-minded squad this season. Through eight matches, it has given up eight goals. Four of the goals were in the loss to current division leader Kalamazoo. Kings Hammer played the majority of that match down a man.

Eight matches into the season, Kenney Walker has only played in three matches.  It was a big deal for KHFC to bring Walker in, but so far fans have been questioning his role.

Before the season-opener fans were commenting, and one Twitter post read: “If Kenney Walker isn’t playing, this roster must be stacked.”

Perhaps there’s an unrealistic expectation for Walker to dominate at this level given his career, but there are a number of factors contributing to him only being in three matches.

Hopefully, Walker is healthy and we see more of him going forward.  Given that, he left the match against Toledo Villa with what looked like a slight knock.

Goals? Where are they?

KHFC has 10 goals scored.  According to the league website, there are 10 different players with one goal. It’s great that the team is spreading the goals out and that teams can’t just focus on shutting down a star player, but 10 goals in eight games isn’t getting the job done.

Similarities between FCC and KHFC

Is it possible that defensive players-turned-coaches focus more on playing in the defensive third?  This question is something that is always interesting. There seems to be some validity to it.

If you look at FC Cincinnati and Kings Hammer FC, you can see some similarities in their play. Both teams like to bring the ball down the outside of the pitch and swing the ball into the 18-yard box. Their goalkeepers do a solid job at keeping them in most matches. Both teams seem to struggle to find goals at times. They also both have very talented rosters on paper.

Historically are defenders-turned-coaches more defensive-minded?  Maybe that is something to take a deep dive into later.

It’s fine, everything is fine

With four wins, Kings Hammer sits in a very good place — only five points out of first place — but it needs to find some goals over the next few matches to get some more results. Kalamazoo just keeps finding ways to win. KHFC needs to continue to find those wins because Kalamazoo doesn’t seem to be slowing down.

Kings Hammer FC has four wins on the season. While it probably sounds like it is struggling, there’s reason to be concerned when it comes to generating offense. The team is too good to be wondering if it is going to make the playoffs this season. While it may not catch Kalamazoo, it should put a lockdown on second place for sure.

Join the club on Father’s Day at Xavier

You can save 10% on your tickets by using the code CSTKHFC at checkout. The 4 p.m. match is against Oakland County FC. KHFC defeated Oakland County 1-0 in their last matchup.