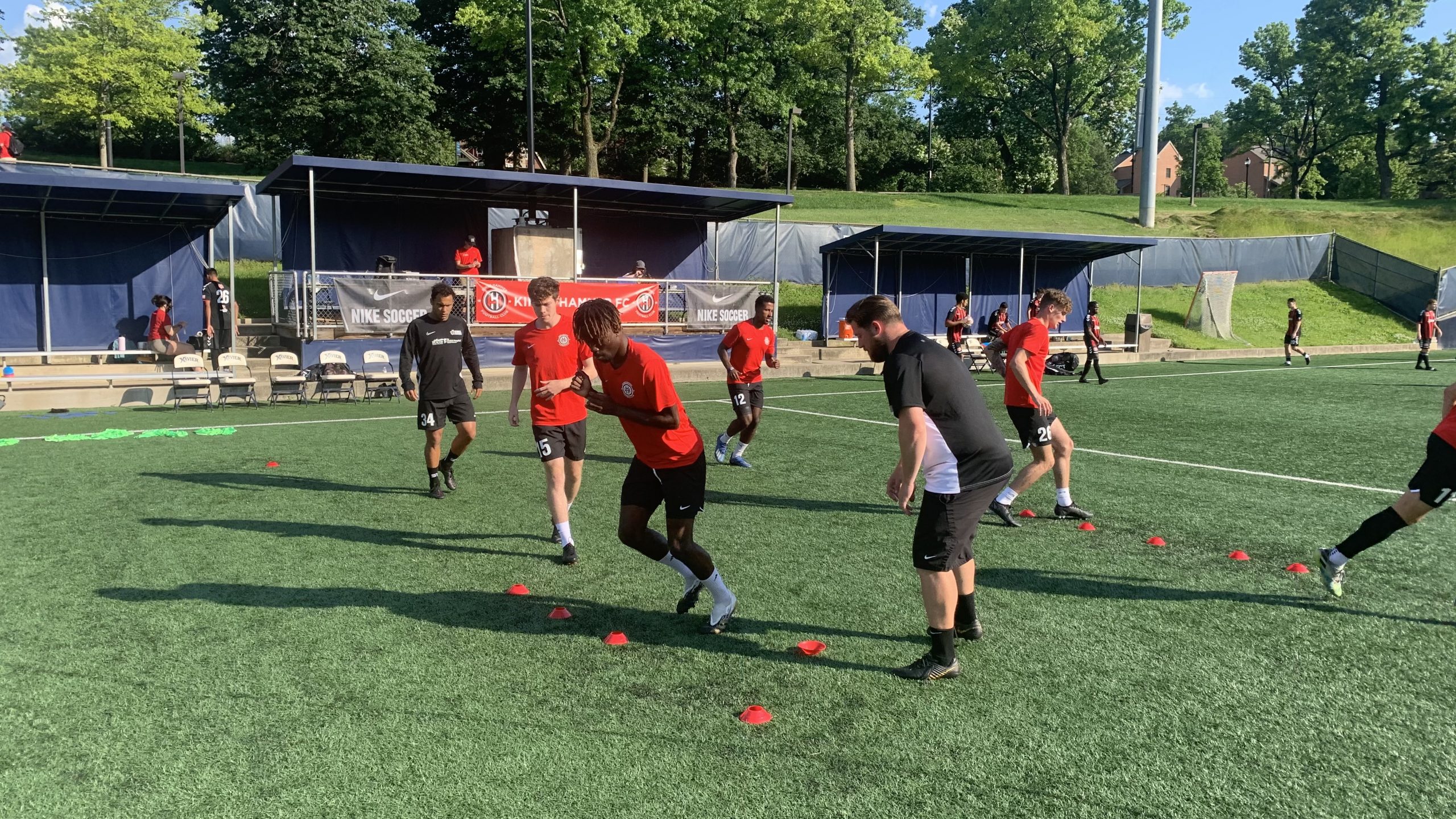 Kings Hammer FC hopes to boost its spot in the table today with a match at the South Bend Lions.

Kings Hammer FC has a game in hand as it hunts for another three points on the road against the South Bend Lions. Kings Hammer FC enters the game fresh off a 2-1 victory over the Flint City Bucks, and South Bend looks to rebound after falling to Oakland County (Mich.) 1-0 in their last match.

Kings Hammer is chasing Kalamazoo FC for first place in the Great Lakes Division. The Kings of the Queen City could use a little help today as Kalamazoo FC plays Flint City Bucks. A Bucks win could help Kings Hammer draw even with Kalamazoo if Kings Hammer can defeat South Bend.

Keagan McLaughlin- goalkeeper: Originally listed on the Kalamazoo FC roster, McLaughlin is an interesting piece to the South Bend roster given his announced transfer to Ohio State. The Ohio State transfer and former member of the Notre Dame Fighting Irish played under Kings Hammer’s Paul Nicholson in 2019. He’s only played one match this season for South Bend, giving up two goals.

Abraham Dukuly- midfielder: The Ghanaian-Canadian attacking midfielder was part of the FC Edmonton youth system and got his first senior team minutes for the club in 2019 with four caps.  Dukuly has scored two goals in his five appearances with South Bend and has played a total of 210 minutes.

Matheus Santiago- forward/midfielder:  The Brazilian attends Bethel University in Mishawaka, Indiana. Santiago led Bethel with 16 goals and 36 points, adding four assists this season. He tied for the Crossroads League lead in total goals scored and ranked second in the league in total points. He was listed as an NAIA Honorable Mention for his play in 2021’s Spring season.

Who starts for KHFC against South Bend?

When asked who would be starting the match against South Bend, Nicholson said, “Same as the last game, mate.  Thought the lads did well.”

There’s no doubt that the boys played well against Flint City. The defense was some of the best at this level. Getting on the board early made it easier to play a little more relaxed. One would hope that the same happens against South Bend.

Join us for the next home match on Father’s Day

There’s nothing better to get dad than tickets to the next Kings Hammer FC home match for Father’s Day. You can save 10% on your tickets by using the code CSTKHFC at checkout. The 4 p.m. match is against Oakland County FC.

SIDE NOTE: There will be frisbee dogs for halftime entertainment!