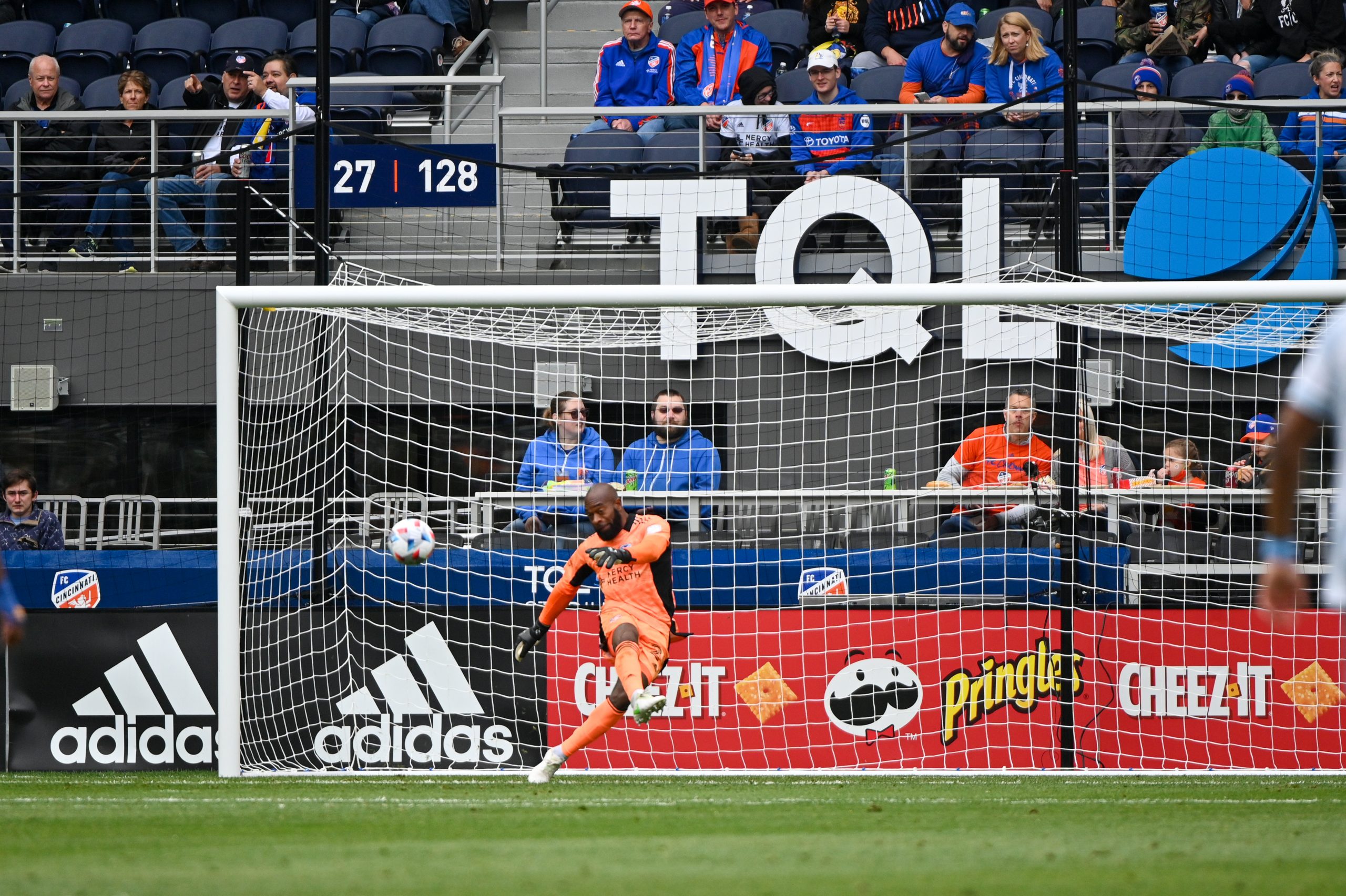 Looking at FC Cincinnati as it prepares to return from the international break, Nate Gilman examines the 5-3-2 formation vs. other formations Jaap Stam has used.

FC Cincinnati won’t have played an MLS match for three weeks when it returns to action Saturday against the Colorado Rapids at TQL Stadium. The break in matches gives coach Jaap Stam and his squad time to reset and make adjustments following six matches where the team earned five points. It’s a good opportunity for us as fans to consider where FC Cincinnati stacks up compared to the rest of the league and to consider what the team might look like in the next slate of matches.

Though six matches is still a relatively small sample size, considering how FC Cincinnati stacks up in terms of expected goals and expected goals allowed can be insightful. The upper left quadrant of the chart below, ones with above average offenses and defenses, is fairly representative of the actual league table. FC Cincinnati’s place in the poor offense, poor defense quadrant shouldn’t come as much of a surprise, either. 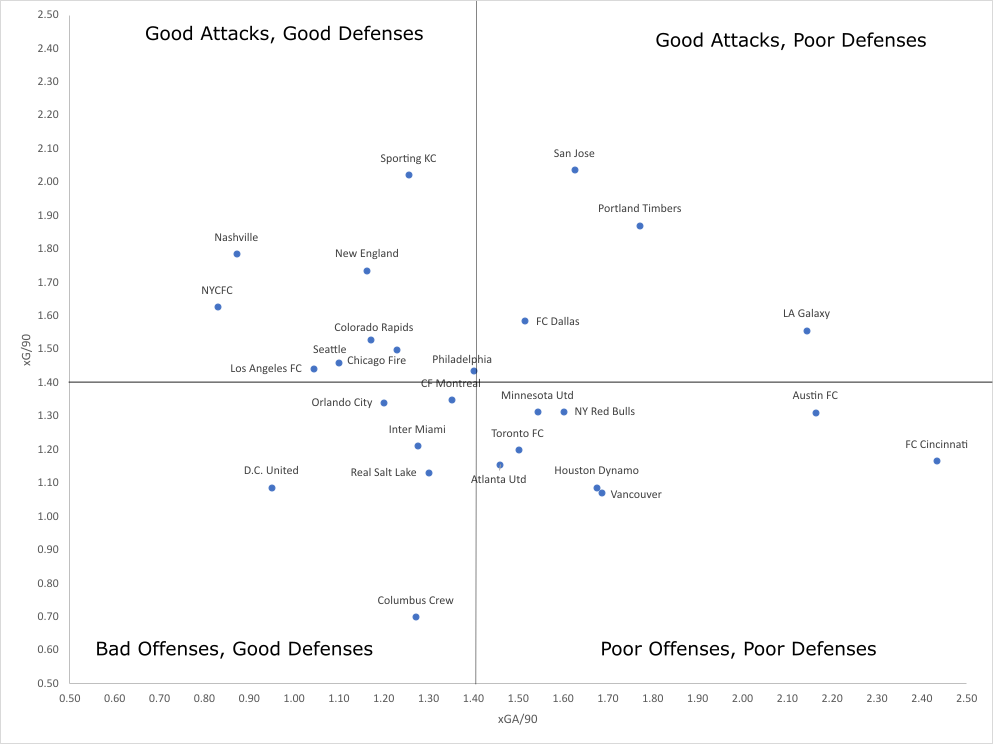 According to Football Reference, FCC’s offense has definitely been better in 2021, creating 1.17 xG/90. That number is still in the bottom third of MLS offenses but not close to last. However — and forgive me if you’ve heard this before — FCC’s defense is the major concern through six matches, conceding 2.43 expected goals allowed per 90 minutes.

Part of that can be explained when looking at shot statistics. FC Cincinnati is conceding the most shots per match in MLS, over 20, as well as the most shots on target per match, more than seven. On top of the high number of shots allowed, the average expected goals per shot by FC Cincinnati’s opponents is 0.12, the fourth-highest in MLS. So it’s not as if FCC’s defensive strategy is forcing opponents to take low percentage shots because that’s the only thing available. There has been a lot of effort from distance against FCC but opponents are still creating high-quality opportunities on top of those more speculative efforts.

Comparing FC Cincinnati’s performances by formation is very telling. By my count, FCC has only played in a three center back formation for 113 minutes. In those minutes, FCC created 0.52 xG and conceded 4.39 xGA. When adjusted to per 90-minute numbers, in a formation with center backs, FCC is conceding 3.48 xGA while creating just 0.41 xG. For visualization’s sake, a data point for FC Cincinnati’s 5-3-2 would require change in the axes because it would be lower and further to the right in the poor offenses, poor defenses quadrant.

Of the non 5-3-2 formations, on the other hand, mainly a 4-3-3 has shown promise. Though FCC is still conceding the most xGA in MLS, the number is much closer to Austin FC and LA Galaxy’s defensive numbers. When coupled with an attack that actually produces above-average number of expected goals per match, it seems like an easy choice to return to the tactical setup FCC started the year with.

Hopefully, Stam and his staff have spent the international break working on how to limit opponents’ shots. As Luciano Acosta continues to develop chemistry with his teammates and Brenner further adapts to living in the Queen City, I expect FCC’s attack will improve. If the defense can make similar gains, FC Cincinnati will be a tough fixture on the schedule for any MLS team as we get further into the summer.