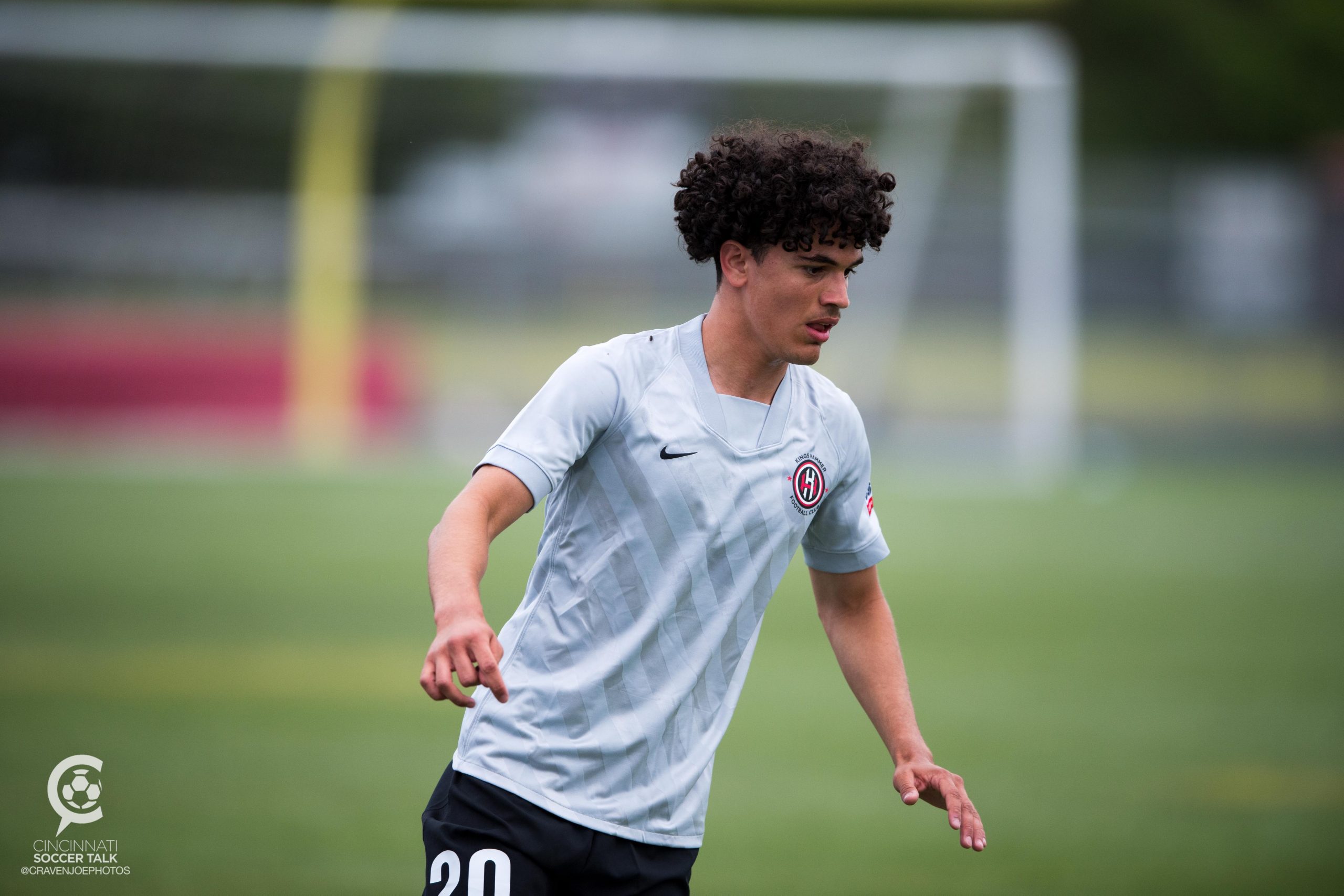 Editor’s note: This story was updated with Kalamazoo FC’s victory over the Dayton Dutch Lions on Friday.

Saturday’s matchup at Flint City was a pivotal matchup for Paul Nicholson’s Kings Hammer FC side.  It went into Flint to take on the Bucks while both teams were sitting with 11 points. The Bucks were hopeful to finally put a goal on the board against KHFC.

KHFC had a key piece of their backline back as Karson Kendall had returned from international duty.  The backline of Territo, Melker Anshelm, Kendall and Allen were solid as has been the case for most of the season. KHFC did not give up a goal against the Bucks in its earlier matchup, and it looked to do the same on the road at Flint City.

Flint City doesn’t change things depending on who its opponent is. It runs the same formation out time and time again, and to their credit, most of the time, it works. Historically though, Nicholson seems to have the Bucks’ number when it comes to head-to-head matchups.

Kings Hammer needed to find a way to generate offense early and they did just that. A service from Danny Barlow found a diving Jalen Brown for a goal in the 13th minute. Flint City isn’t used to playing from behind, and it showed.  The Bucks were unable to generate any offense.

KHFC’s Luca Erhardt earned and converted a penalty kick in the 57th minute to give KHFC a 2-0 lead. They held that two-goal lead until stoppage time when Melker Anshlem was called for a penalty. The Bucks converted the penalty kick, and the match ended immediately after the goal, giving KHFC a 2-1 victory on the road.

First Place, but not for long

While KHFC has 14 points after the win, both Kalamazoo and Toledo had a match on Sunday that could determine Kings Hammer’s placement in the table. A win or tie by Kalamazoo FC would put them ahead of Kings Hammer. Toledo Villa would need a win to be ahead of KHFC.

At the half, Toledo had a 1-0 lead on Kalamazoo after a 45th-minute goal by Kainan Dos Santos broke the deadlock. Dos Santos put another goal in the back of the net in the 48th minute to give Toledo a two-goal lead.

Toledo could not hold the lead, and Kalamazoo FC put two late goals on the board in the second half, including one in stoppage time, to salvage a point. The draw put Kalamazoo at 17 points and Toledo at 13 points.

Kalamazoo holds the head-to-head tiebreaker with Kings Hammer FC for the division lead due to its 4-2 win over KHFC earlier in the season. Both teams sit together at the top of the table though with 14 points.

The Kings of the Queen City travel to South Bend for a match against the Lions on Wednesday. South Bend sits at 2-3-2. Kings Hammer looks to shut down the South Bend offense, while South Bend looks to get on the board after being shut out by Oakland County in its last matchup. We will have more about this matchup for you in our match preview on Wednesday.

There’s nothing better to get dad than tickets to the next Kings Hammer FC home match for Father’s Day. You can save 10% on your tickets by using the code CSTKHFC at checkout. The 4 p.m. match is against Oakland County FC.

SIDE NOTE: There will be frisbee dogs for halftime entertainment!