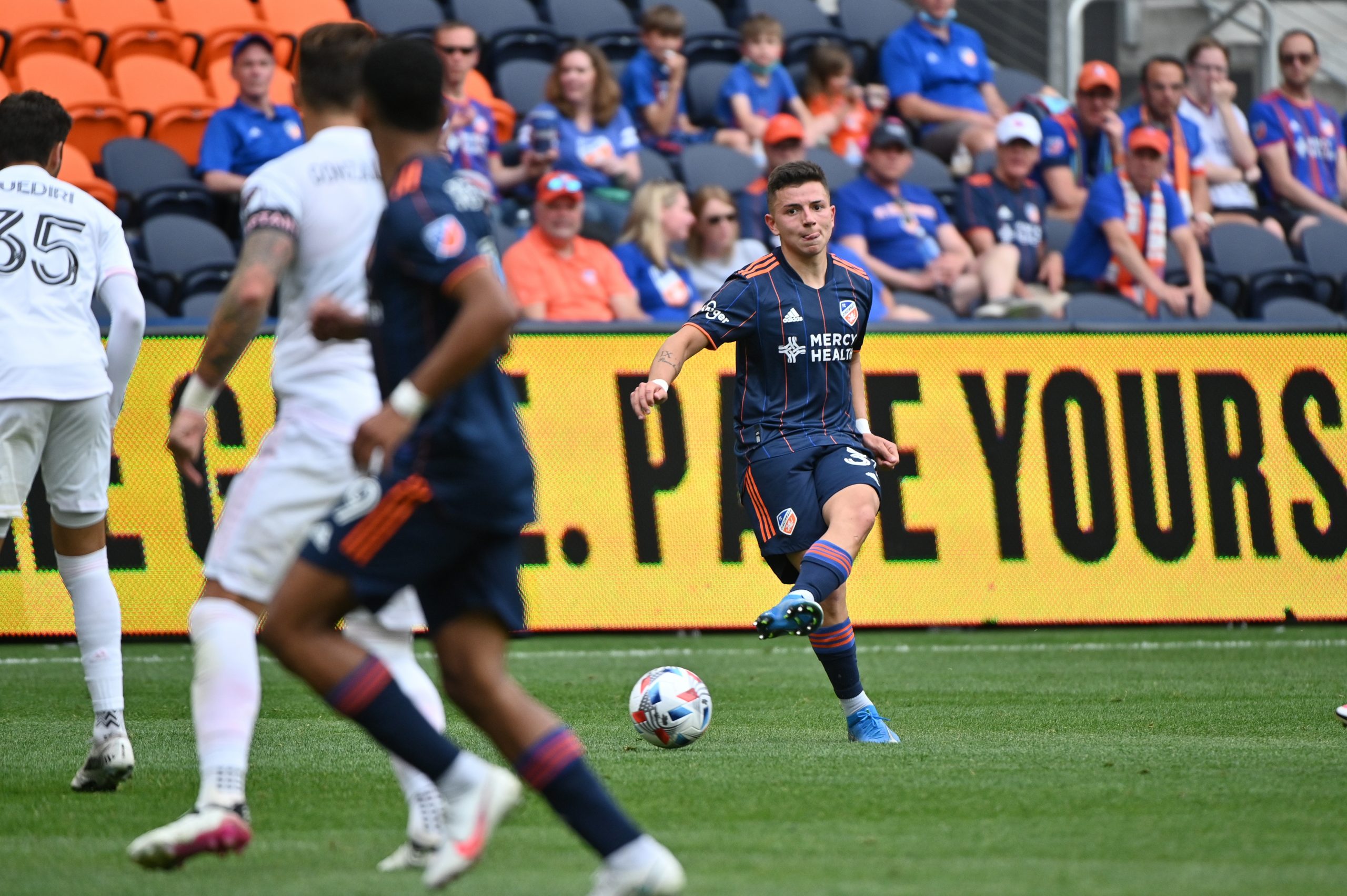 FC Cincinnati switched formations for Saturday’s win over CF Montreal, but Nate Gilman breaks down why the change shouldn’t be permanent.

It took five matches, but FC Cincinnati is finally into the win column, with a 2-1 come-from-behind victory on the road Saturday against CF Montreal. Due to COVID-19 restrictions, the match was played in Fort Lauderdale, Florida, making heat and humidity a factor. Perhaps that’s an explanation for manager Jaap Stam’s tactical changes at the start. Stam set up the team in a 5-3-2, switching from the 4-3-3 he’d relied on for the first four weeks. The shift meant Caleb Stanko slotted into the backline at the expense of Calvin Harris on the left wing. Alvaro Barreal, a standout performer against Inter Miami CF last week, partnered Brenner as a striker.

Stam’s tactical adjustment did not seem to have its intended effect or to provide a blueprint for future success for FC Cincinnati. Any defensive improvements appear limited and, offensively, the Orange and Blue struggled to create much going forward.

On the defensive side — ostensibly the reason why Stam would add another center back in the first place — FCC still allowed high-quality chances to a Montreal team that struggled to create them. Per MLS Soccer, through 61 minutes Montreal had racked up 2.7 expected goals, compared to just 0.3 for the Orange and Blue. Because Romell Quioto missed an absolute sitter (0.87 xG) in the first half and Victor Wanyama couldn’t direct a free header on frame 2 yards from goal (0.56 xG), FC Cincinnati was only down 1-0 when it easily could have been 2-0 or 3-0. If Stam’s strategy was to tighten things up at the back with the formation change, it didn’t really work.

The change in formation also limited FC Cincinnati going forward, as FCC struggled to do much of anything while set up in the 5-3-2. Montreal pinned FCC back in its defensive third with its aggressive press, ultimately forcing FC Cincinnati’s center backs to try to play long to Brenner or Barreal, who were outnumbered by Montreal’s three center backs. Goalkeeper Kenneth Vermeer and the three center backs were a combined 16 for 40 on passes longer than 30 yards. The lack of a consistent plan to play through Montreal’s press meant FCC struggled to get Luciano Acosta and Ronald Matarrita involved, two of the most dangerous attacking forces so far in 2021. Both players were limited to season lows in numbers of touches, according to Football Reference.

In the 68th minute, Stam adjusted. Taking advantage of a brief stoppage in play when Allan Cruz was receiving medical treatment, Stam switched formations to the more familiar 4-4-1-1 FCC relied on during the first four matches. Stanko moved up the field to play as a defensive midfielder alongside Yuya Kubo, and Cruz pushed to the right to play as a right midfielder. Jürgen Locadia, who had replaced Barreal in the 59th minute, played on the left side of midfield defensively, allowing Acosta to push higher up the field into his more natural attacking midfield position. Going forward, Locadia pushed higher as a left-winger, often playing in the left channel, providing another physical forward outlet alongside Brenner.

From then on, FCC racked up 1.4 xG on seven shots while preventing another Montreal shot for the rest of the match. After the formation change, FC Cincinnati looked much more comfortable and dangerous in possession. Acosta found the ball more, starting multiple dangerous attacks, including the through ball to Locadia, leading to his goal-tying corner in the 70th minute. FC Cincinnati also started to press higher up the field as well, forcing Montreal’s defenders into mistakes and ratcheting up the pressure. The free kick leading to Gustavo Vallecilla’s goal came following pressure high up the field, first forcing Montreal’s goalkeeper to play long towards the sideline, then Locadia aggressively closing a defender down and winning a throw-in in the attacking half of the field.

There are plenty of reasons to be positive about this result. Ultimately, winning matches is the only thing that matters, and the fight on display from FC Cincinnati in the last two matches, to battle back from deficits, says something about the strength of the locker room and the players in it. Every team has to ride its luck sometimes, and it’s a very good sign that FCC could be more or less dominated for an hour and still get find a way to get a result.

The last 20 minutes of the match showed FC Cincinnati’s preferred 4-4-1-1/4-3-3 formation can be dangerous, especially with Acosta pulling the strings from an advanced position and utilizing Locadia’s contributions in the left channel. The improvement on set pieces is worth noting, with three set-piece goals in the last two matches. FC Cincinnati has some players capable of serving very dangerous deliveries into attacking areas and getting consistent, high-quality chances from set pieces can be a major advantage this season. Coupled with the defensive liabilities shown by the starting 5-3-2 shape, here’s to hoping that Stam reverts to the 4-3-3 next weekend against New England.