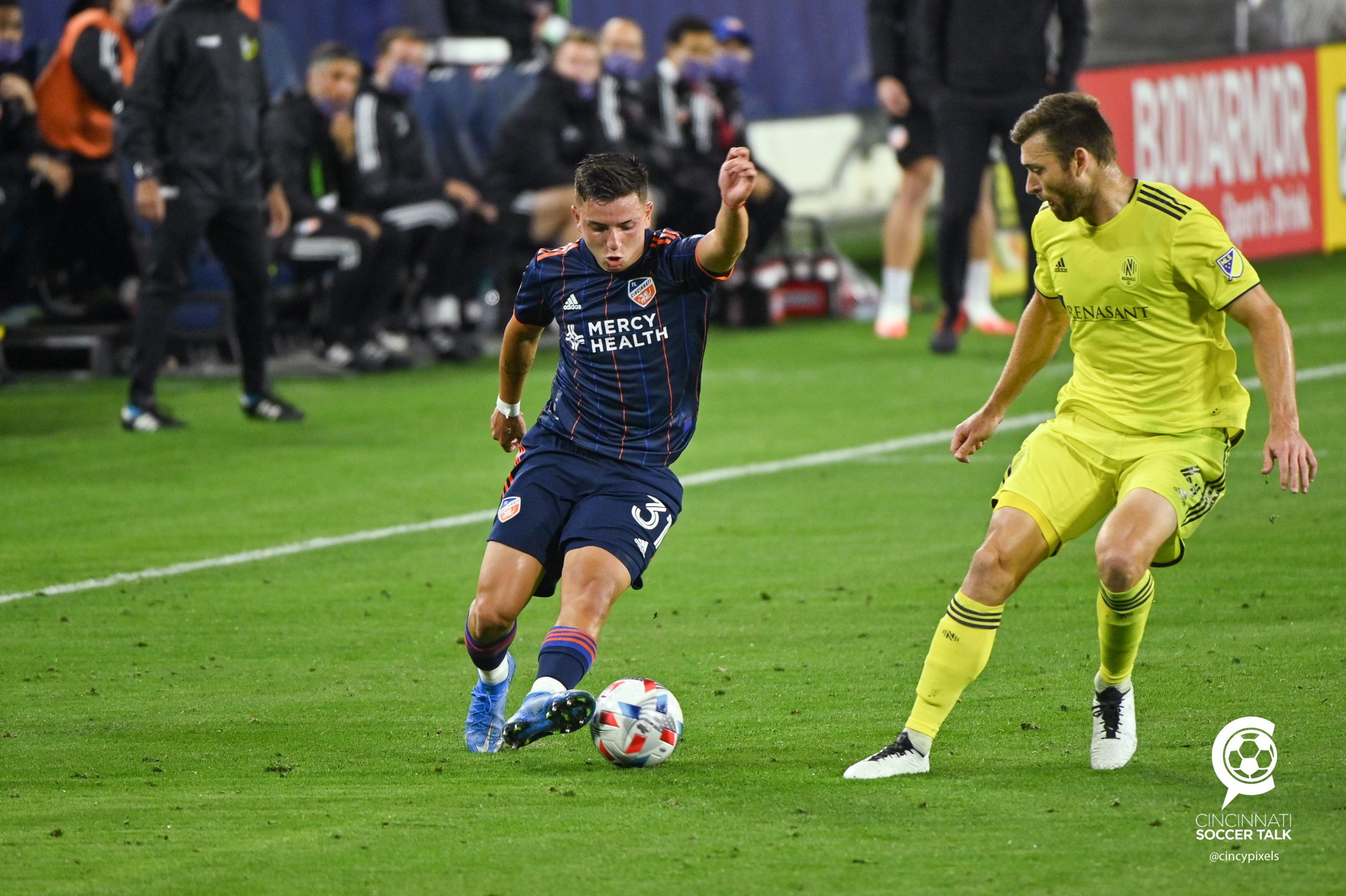 FC Cincinnati will look to end its four-game regular-season losing streak against New York City FC when FCC travels to Yankee Stadium on Saturday. FCC has played the Pigeons four times and has yet to get even a single point from those matchups.

FCC comes into this match after earning a point from its first match against Nashville SC. That first match looked good and bad for the Orange and Blue, and the team will look to have more of the good and less of the bad. Obviously.

What does that mean exactly?

Let’s start with the good. There likely wasn’t a better 15-minute stint in FCC’s MLS history than the first 15 minutes of the Nashville SC match. Two goals, from Lucho Acosta and Brenner respectively, helped bring them a sizable lead.

The team’s attack during this time was silky smooth. It did outstanding moving the ball through the opposition and getting into dangerous positions. It was very fun to watch.

Following the first 15 minutes, FCC found it very hard to play through Nashville’s press, which other teams will continue to try and take advantage of until it can learn to pass under intense pressure. That includes both the defense as well as the midfield. The midfield was anemic in the latter part of the match, as the team had a lot of trouble putting pressure on the Nashville SC defense.

The other aspect FCC must improve on is the quality of its backline. the team started the Nashville match with a 2-0 lead but then ended up getting a 2-2 draw and probably deserved a loss were it not for Przemysław Tytoń stopping many shots almost going in.

The backline had a tough time keeping track of all the opposing players coming into the box, especially on counterattacks. It was also easy to notice that the defenders had a hard time knowing where to be when they were inside the box. The opposing offense found it too easy to get into good shooting positions and that’s something the team needs to work on fixing.

NYCFC began its season facing off against D.C. United, with that match ending in a 2-1 loss. In this match, NYCFC’s single goal was scored by forward Valentín Castellanos and assisted by defender Anton Tinnerholm.

The two opposing goals scored on the Pigeons were both outside of the box, one of the banger variety and another which came from a volley following a corner kick. There looks to be a lot of room for FCC to take advantage of NYCFC’s backline on outside-the-box shots.

FCC could find ways to add confusion outside of the box, much like its first goal against Nashville SC where Acosta scored. This could go a long way to also try and take some pressure off the defense by passing the ball around in the other team’s final third. 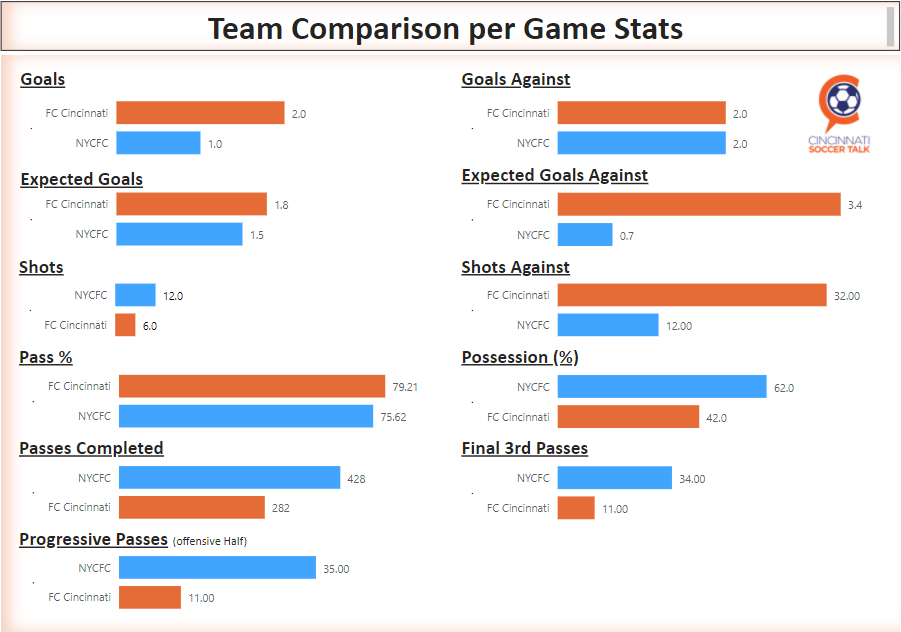