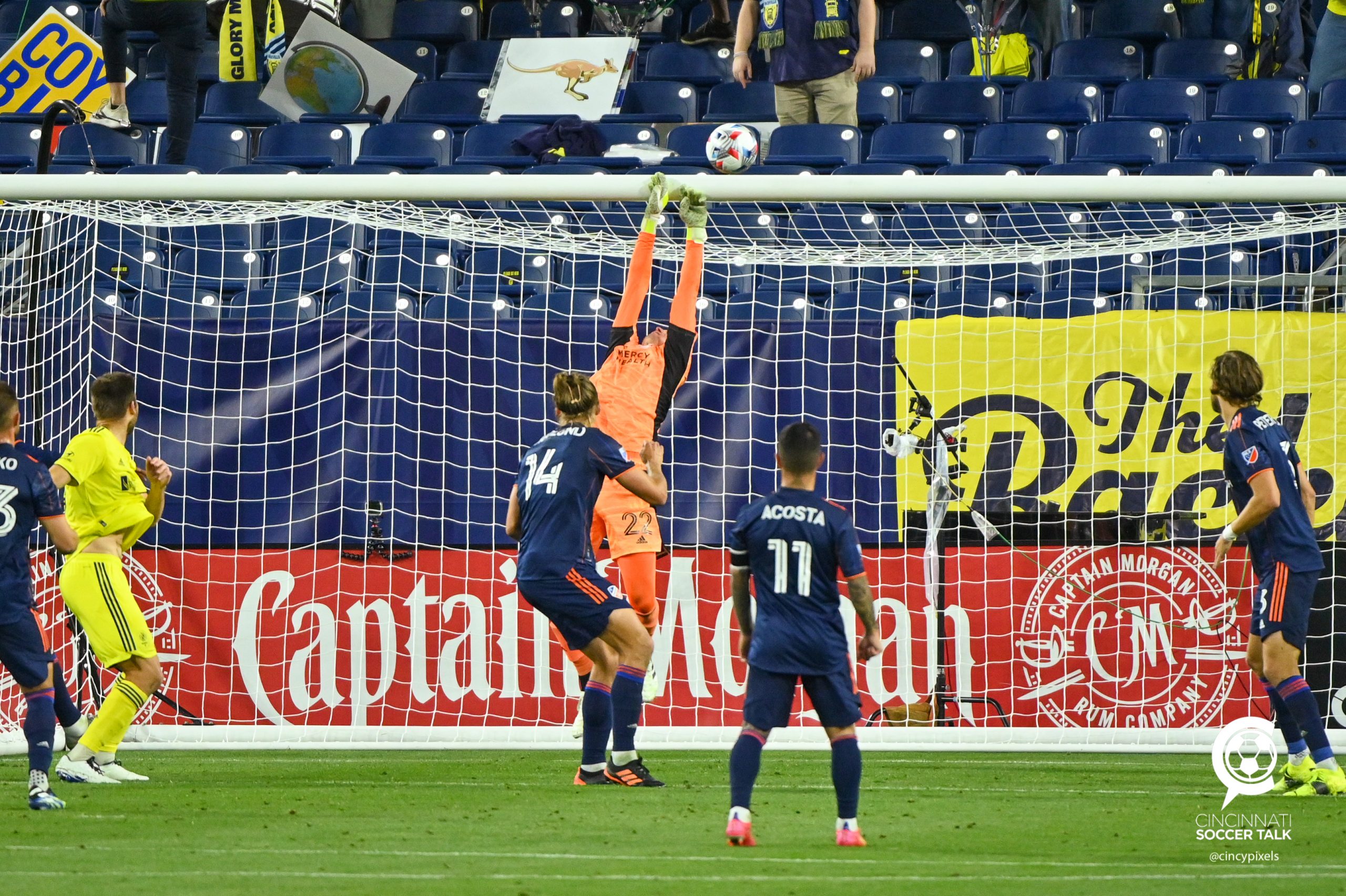 Przemyslaw Tyton helped FC Cincinnati get out of Nashville with a draw to start the 2021 season, and MLS acknowledged his performance Monday by selecting him as the goalkeeper in its Team of the Week. Voting is done by the MLSsoccer.com editorial staff.

Tyton saved an MLS career-high 11 Nashville SC shots as the Orange and Blue desperately clung to a 2-2 scoreline in the second half. According to an FC Cincinnati media release, Tyton’s 11 saves are the most in an MLS match since D.C. United’s Bill Hamid recorded 12 against Toronto FC on Oct. 19, 2019.

Tyton, along with defenders Joseph-Claude Gyau and Nick Hagglund, are the only players to start at least one match for FC Cincinnati in each of its three MLS seasons, according to the club release.

Additionally, midfielder Luciano Acosta was named to the Team of the Week bench. Acosta scored FC Cincinnati’s first goal of the season just eight minutes into the match and also created a team-high four chances and drew a team-high four fouls.

Nashville’s Randall Leal also earned Team of the Week honors. Leal’s goal on an attempted cross snuck inside Tyton’s far post in the 64th minute leveled the match at 2-2. Leal also assisted on Jhonder Cadiz’s goal in the 20th minute.