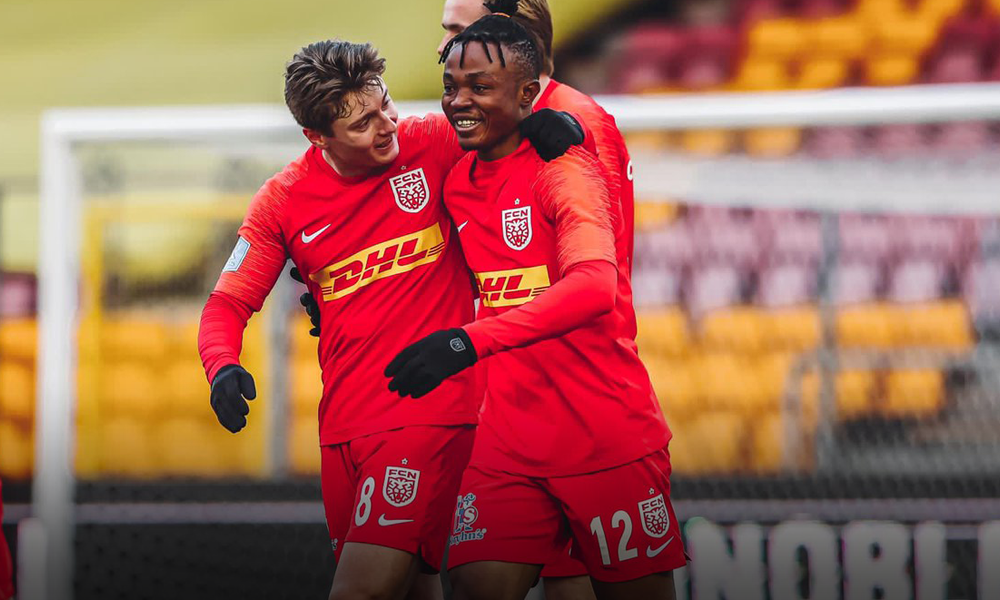 I wanted to dig a little deeper into the talent that is FC Cincinnati’s newest winger Isaac Atanga.

Even though the world of football feels smaller with applications like FotMob, TransferMarkt, SmarterScout or Wyscout it can be difficult to get an honest assessment of talent for an international player. I wanted to dig a little deeper into the talent that is FC Cincinnati’s newest winger Isaac Atanga.

I reached out to fellow blogger and podcaster Casper de Linde who follows FC Nordsjælland and has watched Atanga on many occasions. Many have seen the highlight reels of Atanga which show a player with pace who is comfortable with the ball at his feet, but de Linde provided some additional insight on the Queen City’s newest player.

Atanga has four league goals and one additional goal in a friendly in the 2020/21 season. His expected goals (xG) in league games was 3.84 but some pundits have expressed concern about his ability to convert. “Atanga’s scoring % is better than the league average. In 2019/20 he converted 17% of his chances and in 2020/21 he converted 27%” said de Linde.

“So not too bad, but he has gotten quite a bit of critique in the league for his finishing skills,” commented de Linde, “because he is probably the player in the league with the worst misses as well.”

“In more overall terms, he has lost his regular start spot in the team and I believe that there are two main reasons. He is not stable enough in his performances and his technique is below standard in the squad and that limits FCN’s style of play.” When asking de Linde to elaborate on Atanga’s deficiencies he mentioned, “It’s the passing where he is below par. FCN doesn’t really play with crosses as everyone in the front line is below 1.80m (5’11”).”

Now, where does he truly succeed? “When that is said, the advantages of playing with Atanga are very clear as well. The speed is second to none and so is his work ethic.”

“He works extremely hard without the ball,” said de Linde. “Atanga is best when he has a lot of space to run on.” That makes a lot of sense when looking at the data. Atanga averaged 2.16 successful long balls per 90 with an additional 1.7 progressive runs. The game plan could very well be for Atanga to provide a relief valve for FC Cincinnati up the right flank whether that is a long clearance from the center backs or a well placed through ball from Haris Medunjanin.

Atanga can excel in space and can still provide trickery with his feet. “He is a bit of a one trick pony when it comes to dribbling but it works relatively often.” In somewhat reduced playing time this season the Ghanaian managed 11 successful dribbles into the penalty area with 4 key passes. Per Wyscout his expected assists (xA) should have been 0.14/90 and Atanga did rank in the top third in passes into the penalty area with 1.07/90.

“If the plan is play a wide winger in a old school 4-3-3 with high pressure when Cincinnati is not on the ball, then he should be a hit” said de Linde.

Atanga will have a tough group to battle to get playing time at FCC. Right winger Alvaro Barreal has shown well in his short time in Cincinnati while Jurgen Locadia, Calvin Harris, Ben Mines, Yuya Kubo, Joe Gyau and loanee Franko Kovačević will all push for minutes.

In an article highlighting Isaac Atanga, FC Nordsjælland Head Coach Flemming Pedersen had praise for the youngster. “Isaac’s development with us has been fantastic. It was not clear to see that he would become a Super League player in FCN just over two years ago. Before joining our U19 team, we were certainly not sure Isaac would reach all the way, but his ability to self-train, listen and get better is impressive. And perhaps most of all his ability to always give his best – even in adversity. So it makes us all in the club very happy when we can stand here and say goodbye to Isaac in this way where he has evolved to be able to take the next step for him.”

The winger certainly will provide another type of tool for Jaap Stam in 2021 as no player outside of potential starting right back Joe Gyau can offer the speed the newcomer will have.