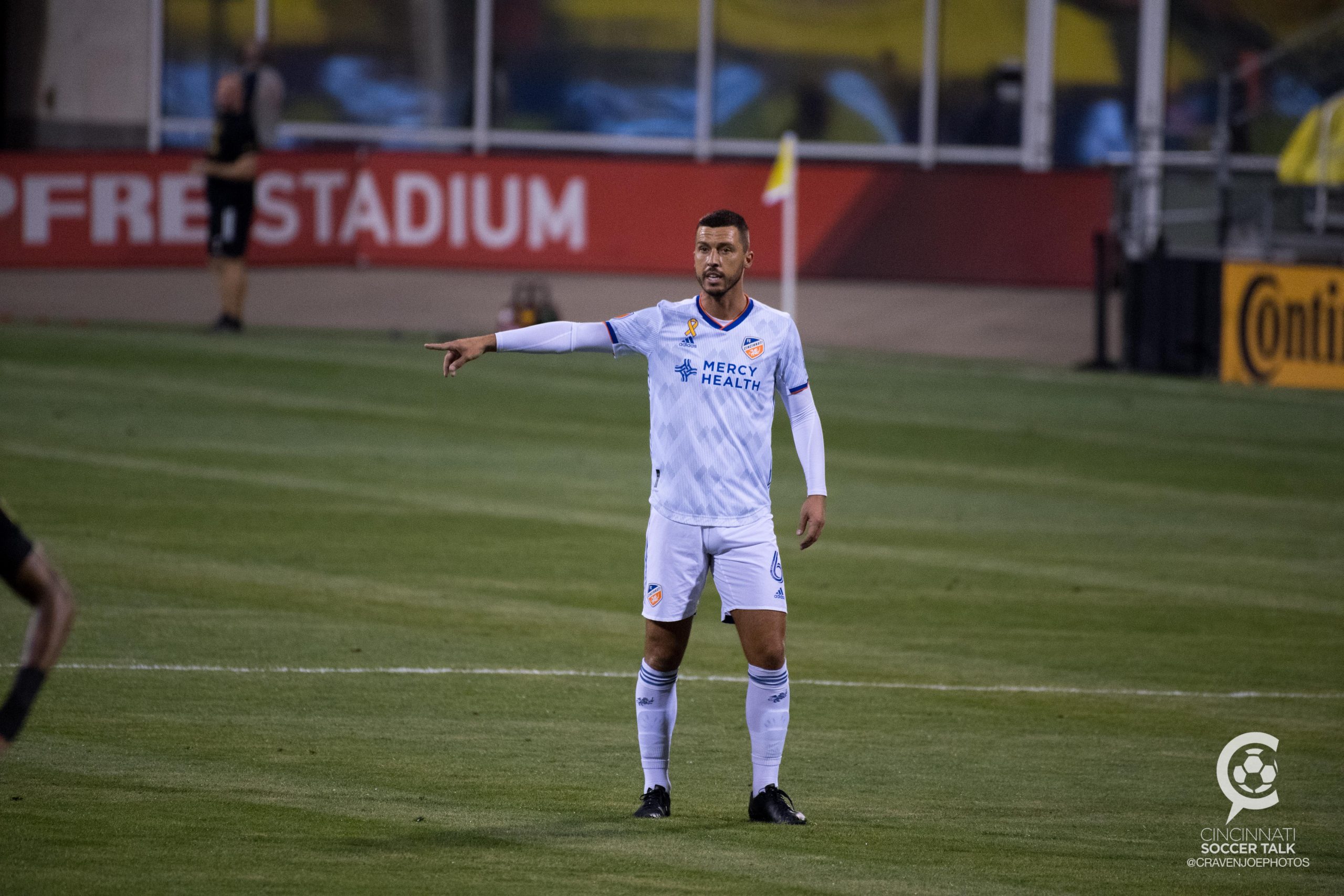 FC Cincinnati midfielder Haris Medunjanin told reporters on Friday that he realizes he’s at the end of his career and could see himself helping the club’s incoming and younger players this season.

FC Cincinnati midfielder Haris Medunjanin signed his first professional contract in 2004 at the age of 18. The Bosnian international indicated on Friday that he is pondering the next phase of his soccer career, which might involve managing.

Medunjanin, 36, said Friday on a videoconference call with reporters that his body is telling him the end is near and that he plans to play one or two more seasons. An influx of youth on the FCC roster could reduce Medunjanin’s playing time this year and result in a new role, but it’s something he already has discussed with coach Jaap Stam.

“As a professional soccer player, you always want to play,” Medunjanin said. “I spoke with the coach. He’s honest with me. I’m honest with him. The coach knows me and what I can bring to the team. If he thinks someone else will be better in this role, I will respect that. I will help the team in other ways.”

It has been a difficult year for Medunjanin, who joined FCC after an unceremonious departure from the Philadelphia Union when his contract expired after three seasons. The COVID-19 pandemic kept him separated from his wife, Moran, while she was pregnant with their first child. Then there was Ron Jans’ ouster and the arrival of Stam heading into an unusual shortened season.

Medunjanin appeared in 21 of 23 matches last season, including 19 starts, scoring one goal with one assist. The one goal was special, when he slotted home an ‘Olimpico’ against the New York Red Bulls. Medunjanin averaged more than 82 minutes per match last year, but that workload could be a thing of the past.

“As you get older, you cannot play always every game,” he said. “Last year I played almost every game. Sometimes it’s impossible to play every game. We have a lot of players who can play. Whatever the coach decides for me, what my position in the team, I will do my best to help the team. At this point, I cannot be like, ‘I need to play.'”

Even with reduced minutes on the pitch, there might be a role already established for Medunjanin, who has more than 100 appearances in MLS under his belt. He expressed a desire to pursue coaching after his playing career ends, and with several players on this year’s roster with little or no MLS experience, Medunjanin said he’s here to help.

“A lot of players come to MLS and they think it’s going to be easy,” he said. “You can be a superstar or not, but if you don’t take it serious and you don’t work hard, it’s going to be tough. Brenner, he’s new to the league. He needs to adapt to the league. He has quality and a good mentality. I want to work for the young guys and help them grow.”

One can’t help but feel for Medunjanin, especially when considering the fact that he didn’t want to leave Philadelphia in the first place. He had a chip on his shoulder and perhaps something to prove when he joined FC Cincinnati, only to have a coaching change and a global pandemic set things back.

But it’s all part of a soccer career that sent Medunjanin to the Netherlands, Spain, Israel, Turkey and ultimately the U.S. It’s that collective experience that he’d like to impart on young players when he hangs up his boots for good.

“I’ve seen everything, I’ve been everything,” Medunjanin said. “Nobody can surprise me with something. I just talk honest about what I see. We have a lot of young guys, and they should bring this team to another level. I want to be a help to them. They look up to you. You never know how the soccer world works. If I can’t play, or I can’t run, I will be the first guy to say that’s enough for me.”