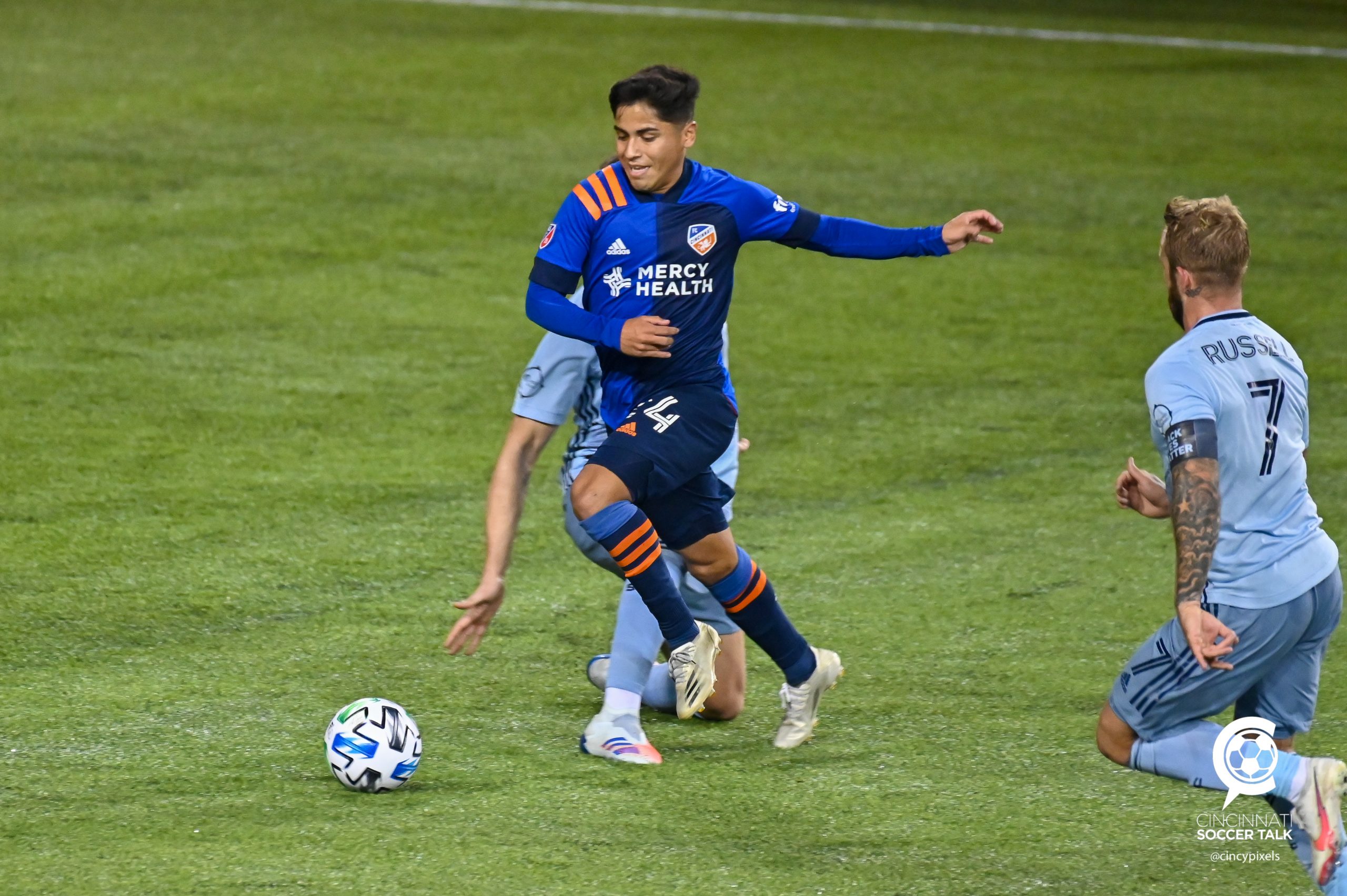 Amaya was one of eight midfielders named Monday to the Under-23 national team by coach Jason Kreis in preparation for Concacaf Olympic qualifying in Guadalajara, Mexico. The team of 31 players will train together to compete for the final 20-man roster later this month.

The call-up means Amaya will miss a good chunk of training with FC Cincinnati ahead of the first slate of games on April 17. The deadline for FC Cincinnati players to report for training was today.

The U.S. has Olympic qualifying matches against Costa Rica at 5 p.m. on March 18, the Dominican Republic at 7 p.m.  on March 21 and Mexico at 9:30 p.m. on March 24. All three group stage matches will be televised on FS1 and TUDN, according to a U.S. Soccer release.

U.S. senior team coach Gregg Berhalter named Amaya to the team’s December camp, Amaya’s first call-up with the USMNT. But Amaya had to drop out after testing positive for COVID-19 upon arrival at camp.

Amaya has prior experience with the U.S. national team as a youth. He earned a roster spot for the 2018 Concacaf Under-20 championship and made seven appearances, including five starts. The U.S. defeated Mexico 2-0 in the tournament final. But he was passed over by then-coach Tab Ramos for the U-20 World Cup roster just last year.

“We’re excited to finally return to Guadalajara ahead of the Olympic qualifying tournament,” Kreis said in the U.S. Soccer statement. “A lot has changed since March 2020, but we’ve seen our player pool grow and gain invaluable experience over the last year. We’re looking forward to a few weeks of preparation ahead of the tournament, and we’re thankful for the cooperation of the clubs in releasing their players for this very important training camp. I’m confident that the group we’ve assembled can achieve our ultimate goal of qualifying for the Olympics in Tokyo.”