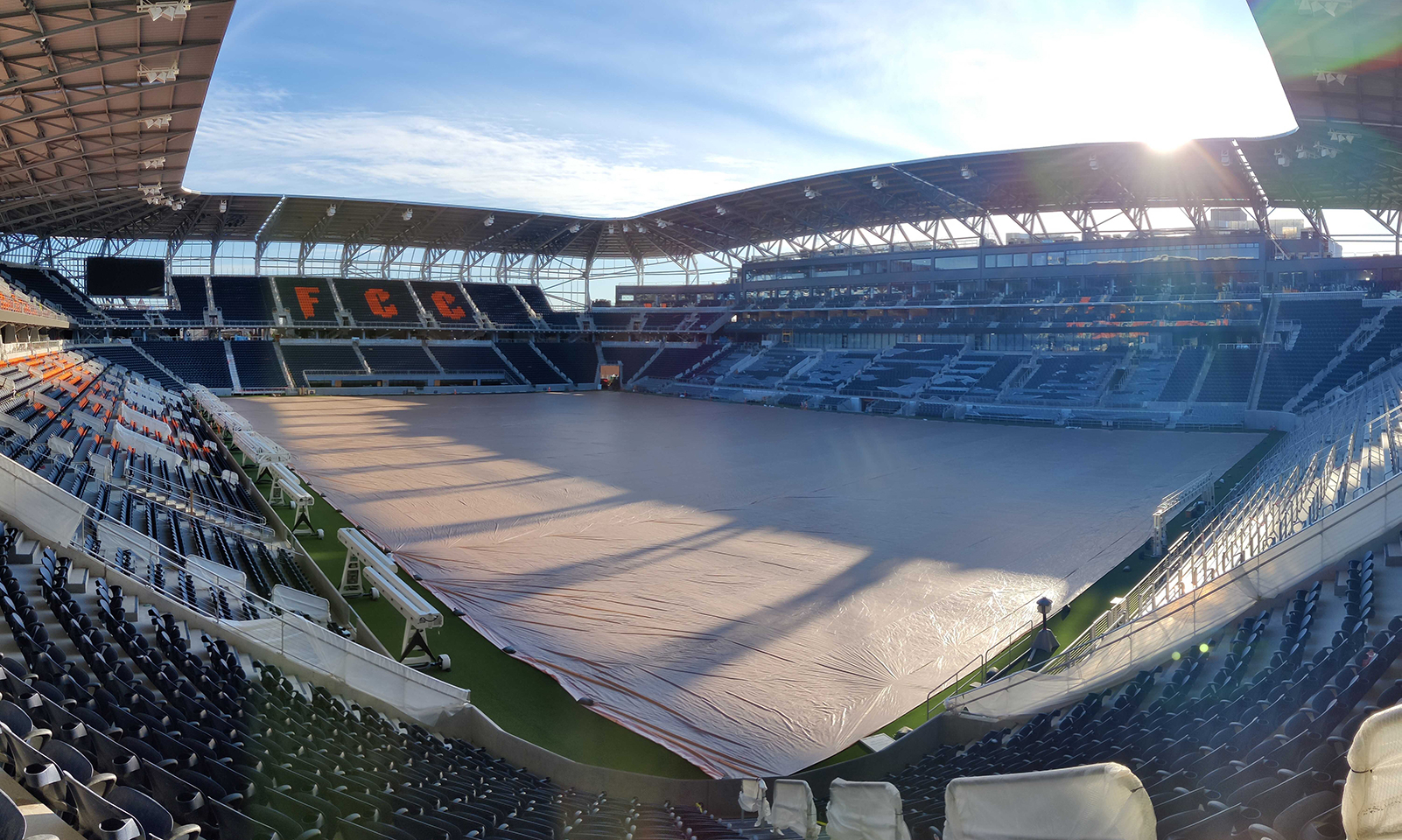 The club’s new home is 93% complete and on track for a May opening. Jeff Smith, Senior Vice President of Sales and Ticketing, says the stadium is a “powerful series of emotions.”

It wasn’t that long ago that Jeff Smith was sitting in Jeff Berding’s kitchen helping hash out the plan for a yet-to-be-named professional soccer franchise in Cincinnati. Roughly six years later, he was standing in the West End, admiring the state-of-the art structure that will soon be home to the MLS franchise he had a hand in creating.

But Smith, who is now FC Cincinnati’s Senior Vice President of Sales and Ticketing, would never make the moment about him, or club president Berding, or Director of Soccer Operations Dan McNally, or CEO and Controlling Owner Carl Lindner III or anyone else who played a role in turning this absurd dream into an even more absurd reality.

When emotions get the better of him, Smith always reminds himself of who is ultimately responsible for all of this: the fans.

“I think it’s a powerful series of emotions,” Smith said after Thursday’s media tour of the West End Stadium on a gorgeous late-winter day. “This was a club that was built by the fans, for the fans. There’s a legacy component here. I hope the fans have that same feeling. This wasn’t a city that you move to and you inherit a team. This was a city that gave birth to a team, together.”

As of Thursday, the stadium is roughly 93% complete, according to Dan Lolli, the club’s VP of Facility Operations, and construction is on track for an anticipated May opening. While only 30% of capacity is expected to be permitted due to ongoing COVID-19 protocols, Berding said the club will be prepared to handle a sold-out crowd if and when that happens this season.

“We’re prepared to open the building for 100%,” Berding said. “We understand that in April, the guidance is 30%. We don’t know what May is going to hold, so we will be prepared.”

Stroll through West End Stadium, and one can’t help but be struck by the openness, how the winding structure of steel and concrete is one with its surroundings. It’s welcoming, from the expansive east plaza where nearly 70% of fans will enter the stadium via a grand staircase which flows down to Central Avenue to panoramic city views from the upper seating sections.

The connection to the surrounding neighborhood isn’t just a design quirk, said Berding. It is critically important. From the beginning, the club promised to establish a bond with its West End neighbors. From a housing coalition to energizing youth soccer in the West End, FCC already has made its mark.

While building a professional sports monolith in a mostly impoverished area can bring more mistrust than praise, Berding believes the club is moving in the right direction in that regard. The FC Cincinnati Foundation, the largest foundation in MLS, remains focused mostly on West End initiatives.

“We have more work to do,” Berding said. “It’s the start of the relationship. I know I look people in the eye.”

Even some aspects of the stadium design were tweaked with the community in mind. An LED lighting display that encompasses the outer skin of the stadium will mostly illuminate the east side of the stadium, which is surrounded by commercial buildings, while most residential units are toward the west. The majority of the fans also will enter the stadium from the west.

“That was designed expressly with the feedback from the design committee and the neighborhood coalition,” said Berding.

The $250 million West End Stadium will have a 26,000 capacity, with the closest seats within 15 feet of the field. The design includes 53 traditional suites and 4,500 premium seats throughout four premium club spaces.

Additionally, the team’s famous supporters’ section, The Bailey, will grow to be more than 3,100 strong and loom over opponents at a 34-degree angle at the stadium’s north end.

A 360-degree canopy roof will cover every seat in the stadium but still allow sufficient sun in to grow a natural grass field.

The stadium will have five team locker rooms, including a comprehensive team suite for FC Cincinnati that features a dressing room, coaches offices, lounge, equipment storage and the Mercy Health Center of Excellence for the team’s medical and game day fitness needs.

The club hopes to have West End Stadium host Concacaf and FIFA events, featuring top national teams from around the world, including the U.S. men’s and women’s national teams, as well as the world’s top club teams for friendlies.

The interior of the stadium is an ode to Cincinnati. With the First Financial Club designed as a traditional German beer hall, the Coors Light Corner Bar in the northeast corner and the Rhinegeist Bar to the southwest, the city’s brewing heritage is well represented.

Unlike Nippert Stadium, which helped pave the way to MLS and the West End, the new facility is built for soccer. The flow to and from restrooms, concessions and — let’s face it, beer — is designed for 15-minute halftimes and running clocks.

For all its amenities and modern comforts, West End Stadium ultimately is being built to host a winning soccer team. While that is not something that falls under his pay grade, Smith said everything the club is doing on and off the pitch points to that goal.

“This club was never built to just exist, it was built to win and achieve and win titles,” Smith said. “It wasn’t built or designed to linger as a minor-league soccer team. It was built with the intention of going to MLS. The club wasn’t designed to make a financial windfall. It was built to prove that Cincinnati could support soccer at the highest level in America. We had big audacious goals from day one. I don’t know if that plane will ever land.”