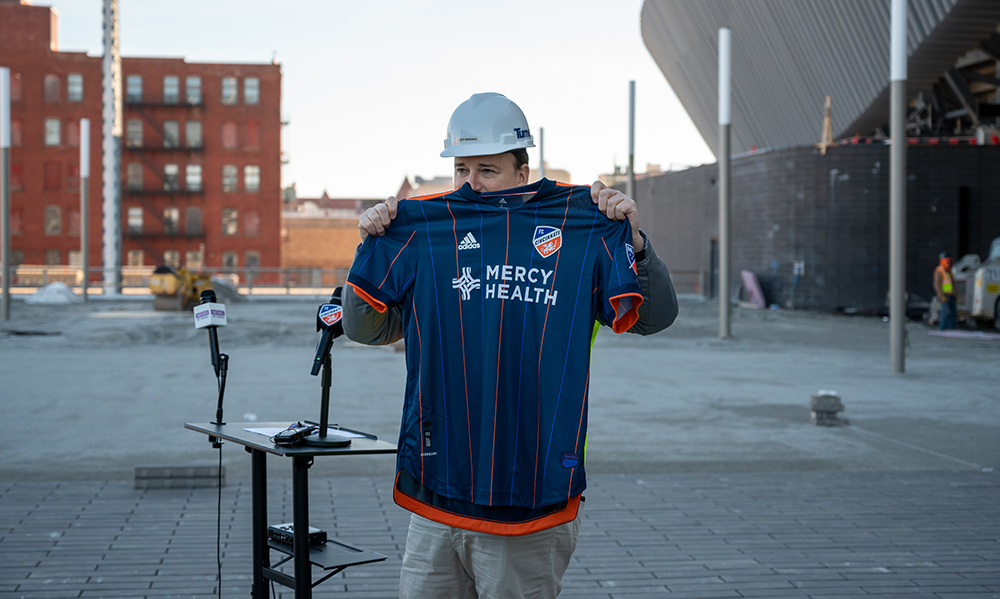 If you haven’t heard, FC Cincinnati announced its newest primary kit on Thursday. This new kit replaces by far the worst kit in FCC’s history. By that measure, almost anything would have been an improvement. Before I go into my opinions on it, I would like you to take a look at it and see what you think.

Our Dynamic Kit is available now! Be among the first to rock it.

Have you formed your opinion yet? Well, here’s mine.

My first thought when looking at it is that I like it, and I do. I really like the main color used, and I actually hope FCC uses it more often going forward. I think it also allows kit creators to be more interesting with colors as well because it can use both orange and blue as seen above, which I like.

I also enjoy the pinstripe look. I feel like I’ve been waiting years for one with this kind of look, and now that we have it, I think it’s pretty good. I like the alternating colors as well, giving it a more interesting color palette than we might normally have if the jersey been a brighter shade of navy. The pinstripes also look pretty good with the orange shoulder stripes. Overall, the color usage is some of the best we’ve seen from an FCC kit in its history.

The collar might take a bit of getting used to. I have seen this concept a little more as time goes on, and I don’t hate it. It’s still relatively unique, and I think that it’s a good fit for the kind of kit. I also feel like the darker shade of navy makes it look better than if it had been used on a kit with a brighter color.

Lastly, the arms are OK. I don’t really like how it stops at the end, but I do like how the orange stripe wraps around. I think this is the lowest point of the whole kit.

I think another massive part of how this kit looks on the field will be the kind of short and sock color used. I think this would be a perfect kit for at least orange shorts. It would make the jersey pop a little bit more. It will be very disappointing if the rest of the set is this dark navy.

Unless I am forgetting some outstanding kit, I think this is at least my favorite kit from FCC while it has been in MLS. I would need to take some time to look at the USL ones, however. Overall, it’s a pretty massive improvement compared to last season and hopefully bodes well for future designs.