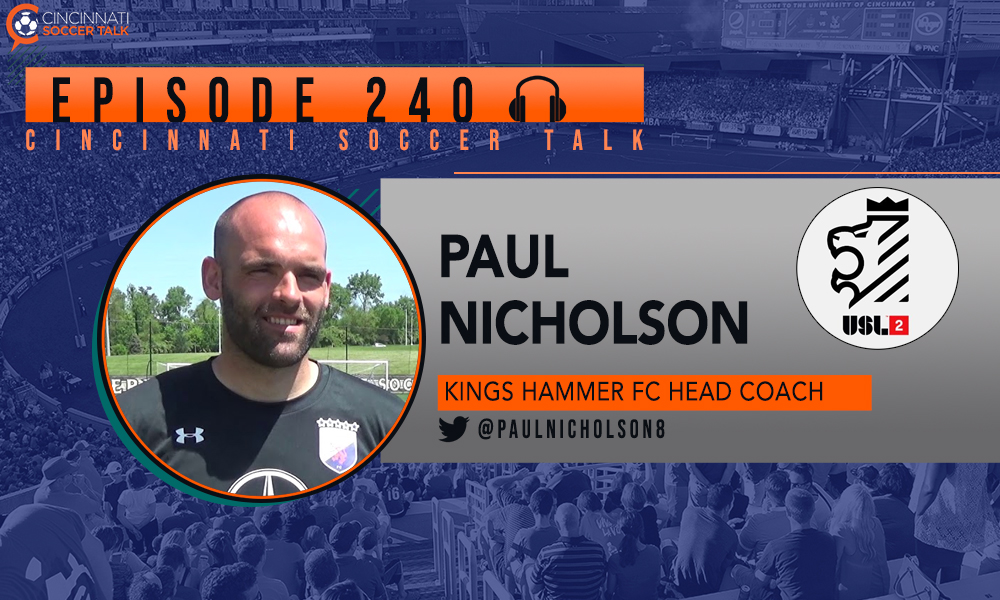 On this week’s show, I’m back hosting with Geoff Tebbetts, Bill Wolf, and Michael Lahoud.

We open up the show discussing the report from The Post Cincy that FC Cincinnati is in negotiations with Newcastle United midfielder Kyle Scott. Scott is a 23-year old midfielder who started his professional career at Chelsea in their youth ranks. He’s been a member of the USYNT U15, U18, and U20 squads. We fill you in on who we feel about this signing. Mike didn’t mince words.

Since Mike was absent last week due to not having any power in Texas, he didn’t get a chance to chime in on the Frankie Amaya report from The Athletic. He also didn’t mince words here.

We were thrilled to welcome back friend of the show Paul Nicholson. Paul was a member of the very first FC Cincinnati team back in 2016. He has started his coaching career previously with the Cincinnati Dutch Lions. Now you can find him roaming the dugout for the new USL League 2 announced last week, Kings Hammer FC. We talk to Paul about why a USL League 2 team in Cincy is necessary and how Kings Hammer will be involved. It was great catching up with Nico!

It’s Kit Reveal Week! We discuss our thoughts on last year’s kits and where we hope the Orange and Blue go this week with their new home 2021 kits.