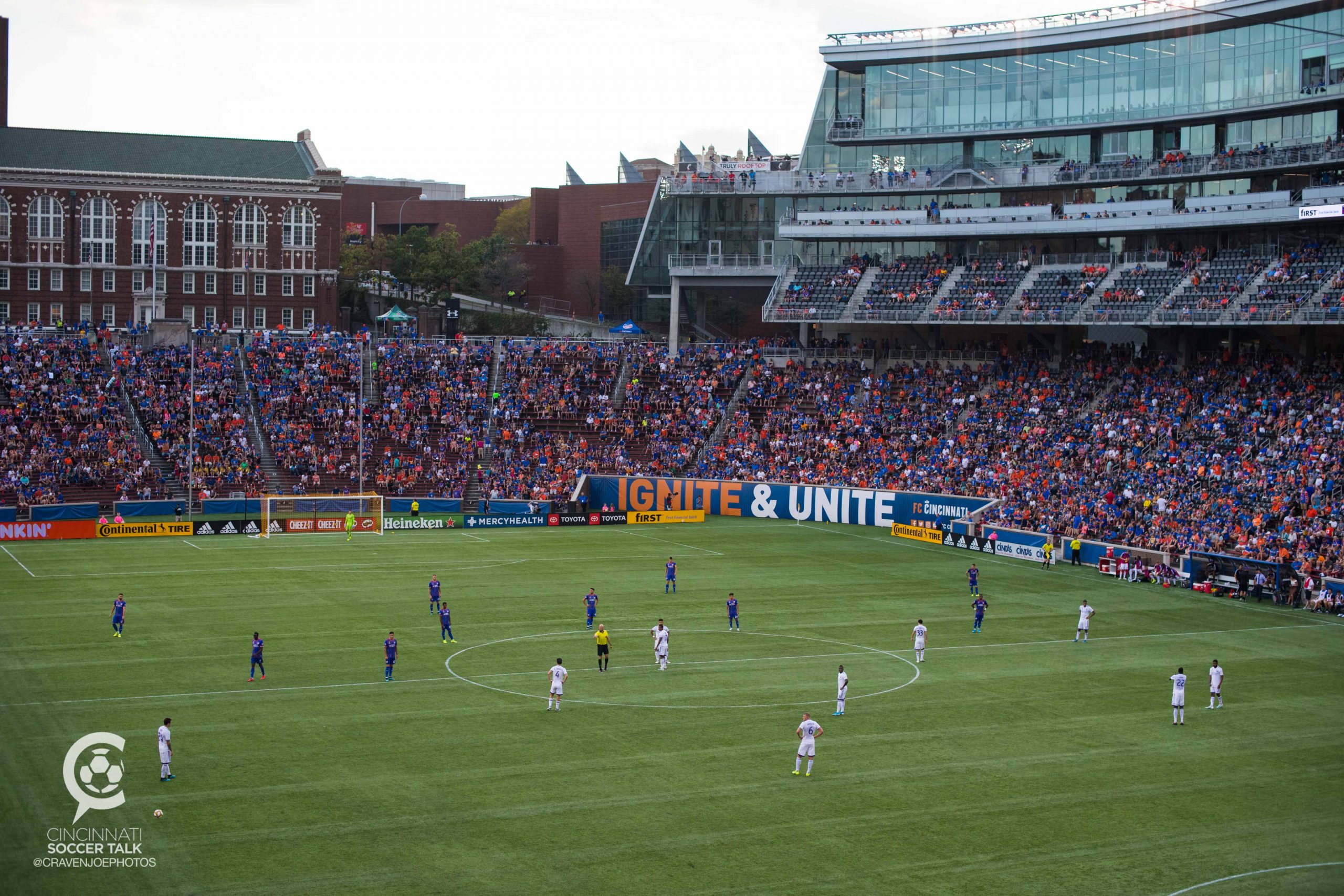 Jacob Clary says FC Cincinnati’s first two MLS seasons were hard to watch. But with recent activity and reports, he concedes he was wrong about the club’s direction.

I can take losing. While this two-year spell for FC Cincinnati has been awful, terrible seasons happen. I’m a Cincinnati fan — it’s become almost a regularity, with the Bengals the past couple of seasons and the Reds a few seasons ago. However, what I cannot stand is the front office appearing to not even try to win. I cannot take it when it appears the team or the front office is not putting forward their best effort to give the fans a worthwhile team to watch. And that’s how I’ve felt the first two seasons with FCC.

Season one in 2019 was one of the worst seasons of sports I’ve ever watched, from the beginning of the build all the way to the end of the season when it appeared the team was trending upwards until our head coach said a racial slur in the locker room and rightfully resigned.

Season two was more of the same but possibly even worse because the team let go of some dead weight from the first season and brought in a couple of new players that looked like they might contribute. But no, that didn’t happen. The team was arguably even worse to watch in the second season compared to the first, giving those who got their hopes up again a quick kick to the guts for their trouble.

I don’t think I speak for just myself when I say that I really took a hard look at my fandom with the Orange and Blue this offseason. The front office, in my opinion, had never invested the way it should have for a team with the kind of heights it was striving to reach. I was about to become a casual fan because the team wasn’t putting in its part of the fandom bargain.

But that was a couple of weeks ago, and if you haven’t been paying attention to FCC the past couple of weeks, they’ve been putting the money forward, and then some. The team officially announced the signing of Brenner, a highly-touted Brazilian striker that will occupy a young designated player slot with FCC.

And if that was it, I’d have started believing in the front office again. But God King general manager Gerard Nijkamp decided he wasn’t done, and it appeared he was striving to sign former Atlanta United record-signing Gonzalo “Pity” Martinez as well. While this is still pending, due to the club needing to go through the allocation list, needing to trade up the allocation order to get him, it shows the gumption the team has needed for years.

BREAKING: We have also confirmed with multiple league sources this evening that FC Cincinnati are also in the process of acquiring former Atlanta United midfielder Pity Martinez.https://t.co/tcjAK9F3Ow

Then, not just a couple of days ago, FCC was in the news again, being rumored to pick up former D.C. United midfielder Luciano Acosta. Acosta almost reached the heights of going to Paris Saint-Germain in a previous season, and if he can get to that level again, FCC would be getting a player that everyone in MLS would love to have.

The reported signings of both Martinez and Acosta are yet to cross the finish line, and how Brenner will fare in Cincinnati are things only the future can tell us — and I’m no time traveler. However, on the surface of these moves, they show fans that the front office wants the team to be something it hasn’t been for its first two seasons — a competitor, a team that can’t be stomped on or looked past in preparation for more difficult matches. And that’s all I’ve ever been asking for from the team.