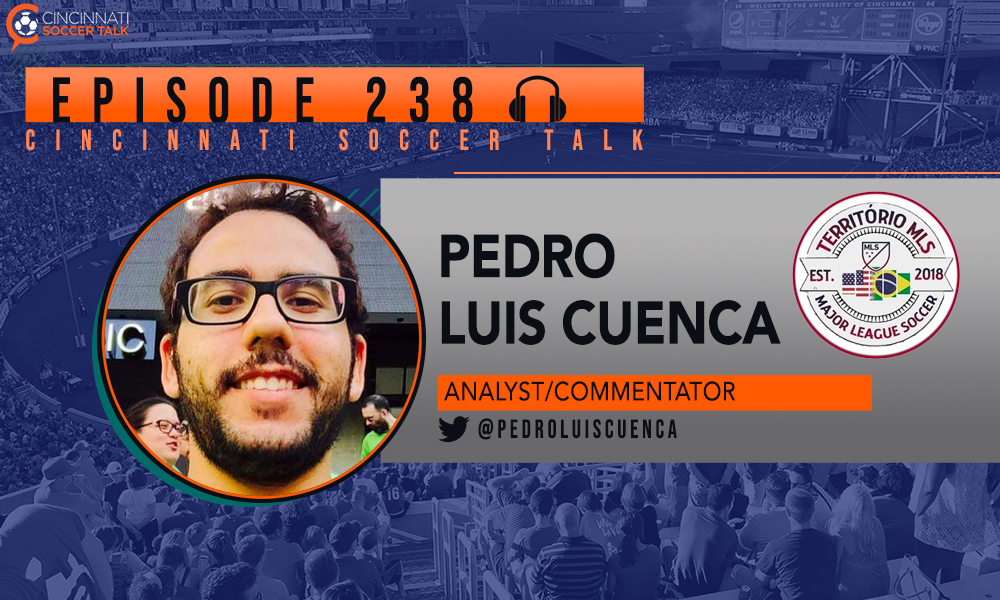 On this week’s show, we learn a bit more about new FC Cincinnati striker Brenner in our conversation with Pedro Luis Cuenca from Territorio MLS.

On this week’s show, we’re joined by Michael Lahoud, Brad Weigel, and Coach Brad Gough returns to discuss the news that striker Brenner from Sao Paulo will be joining FC Cincinnati for the 2021 MLS season. An expected official announcement will be made by the club tomorrow but the club more or less confirmed his signing with a cool video Monday night. Kudos Matt Shisler! Well done.

When you know, you know. @09brenner pic.twitter.com/4slstgS1UX

To learn more about Brenner and what kind of striker FC Cincinnati are getting, we’re joined this week on the show by Pedro Luis Cuenca from Territorio MLS. I made the mistake on the show saying that their website is a Portuguese website. I apologize for this error, their website is a Brazilian website covering Major League Soccer. My mistake and I apologize for misspeaking.

We also discuss the news CST was able to report last week that former Atlanta United midfielder Pity Martinez is heading to Cincy after a short stint in Saudi Arabia with Al Nassr.

The CBA was officially ratified today between MLS owners and the MLSPA. What does it mean going forward? We discuss.