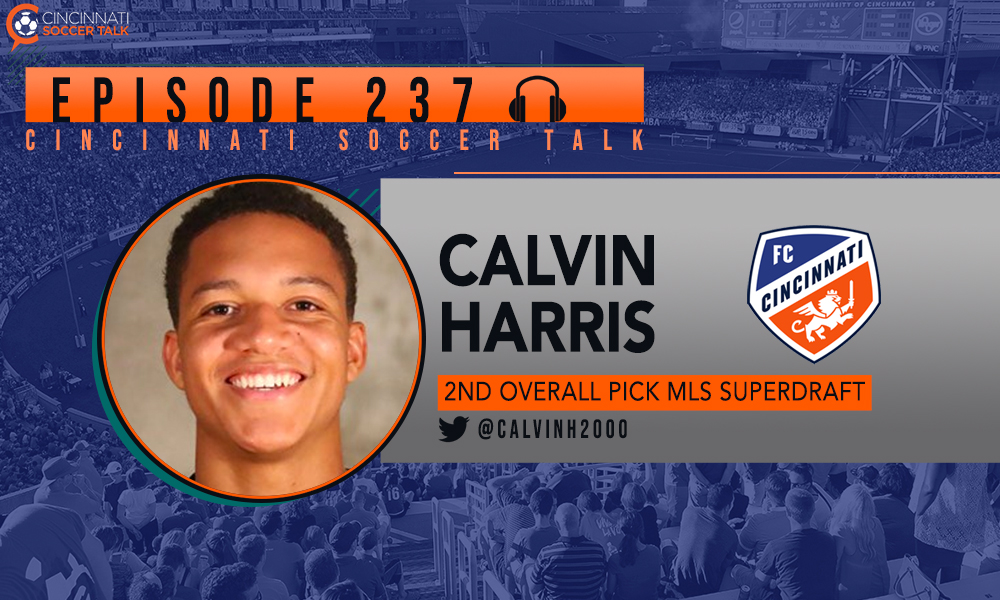 On this week’s show, we’re joined by new FC Cincinnati winger Calvin Harris to get his thoughts on being selected by the Orange and Blue and his time at Wake Forest.

We opened up the show by discussing the news that MLS will kick off its preseason on February 22nd and its Regular Season on April 3rd, barring a new Collective Bargaining Agreement has been reached between MLS ownership and the MLSPA.

We then discussed FC Cincinnati GM Gerard Nijkamp’s comments during last week’s press conference. You can read more about it from our Jeff Wallner here.

Of course Michael was absolutely thrilled for our chat with fellow Wake Forest Demon Deacon Calvin Harris. After a fine career at Wake, Harris was selected with the 2nd Overall pick in the 2021 MLS SuperDraft. We find out a little bit more about FC Cincinnati’s newest member, including the team he supports back home, and life abroad. We can’t wait to see him on the pitch at West End Stadium!

Late in the show, we discussed the report from The Athletic’s Jeff Rueter, Sam Stejskal, and Paul Tenorio regarding Frankie Amaya and other MLS teams reaching out to FC Cincinnati for his services. The report states that the trade request from some of these clubs matched or was close to what Atlanta was able to get in their trade with the Columbus Crew for Darlington Nagbe. You can read more about this here. (subscription required)

We wrapped up the show with Bill and Geoff discussing “Let them Play”, a campaign put together by the Independent Supporters Council regarding their feelings on a potential lockout.