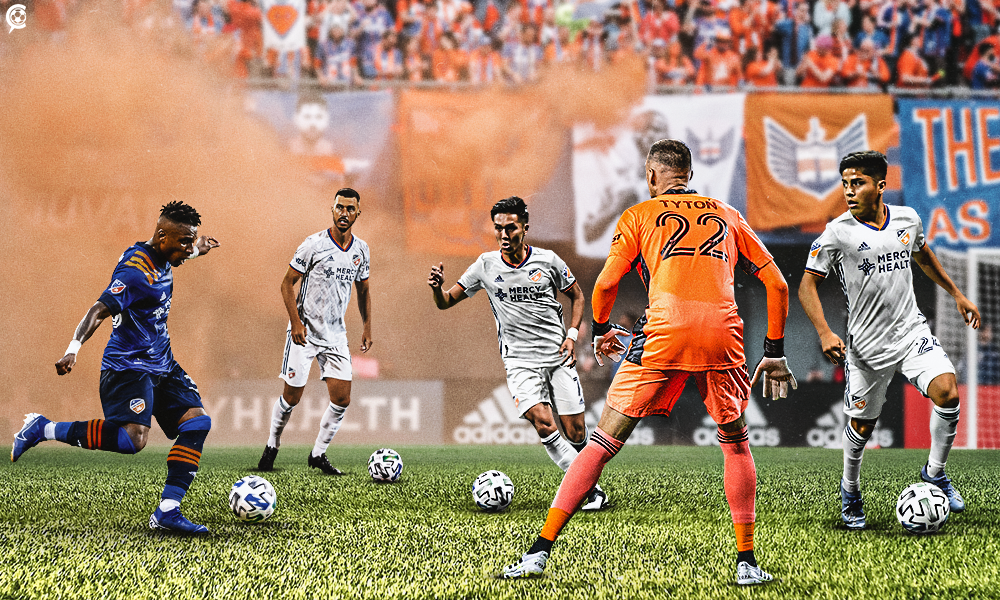 Voting is now open for the Cincinnati Soccer Talk 2020 FC Cincinnati Fan-Voted Player of the Year Award. There are five candidates and a write-in option. You can cast your vote until noon Sunday.

It’s time once again for the Cincinnati Soccer Talk annual year-end awards, and you — our tremendous watchers, listeners and readers — get to have a say. The CST staff has nominated five FC Cincinnati players as the potential Fan-Voted Player of the Year, and it’s up to you to decide who the winner is.

The nominees are Frankie Amaya, Joseph-Claude Gyau, Yuya Kubo, Haris Medunjanin and Przemysław Tytoń. There’s also a write-in option if you think there’s someone else deserving. Here is the link to vote. Voting is open now and continues until 10 a.m. on Nov. 3. We’ll announce the winner next week.

In his second season, Amaya proved himself to be a dependable central midfielder. He showed his grit by putting in the dirty work on the defensive end and developed his passing vision. This is in addition to his solid work rate that FC Cincinnati fans have quickly come to appreciate. He appeared in 18 of the club’s 20 matches and also notched his first MLS goal at a critical time, lifting the club to a 1-0 victory over Atlanta United in MLS is Back Tournament group play. Last week he earned a spot on the MLS 22 Under 22 watchlist.

There were several times this season when FC Cincinnati’s offense sputtered. During those times, Gyau was the reason the club didn’t completely run out of gas. Whether in the run of play or on a counterattack, Gyau was always a threat on the right wing. At times seemingly the only offensive option the club had, he could cut inside or cross in an attempt to make something happen. He had 18 appearances and 17 starts and tallied one assist and 16 shots, including seven on target.

Kubo was FC Cincinnati’s leading goal scorer with three. Though it seems ages ago, many fans will remember his wonder strike in Atlanta that left Brad Guzan flatfooted. Kubo was versatile for coach Jaap Stam — he could be utilized on the wing or slotted behind the primary striker. He made 18 appearances, including 15 starts, and had 19 shots, with seven on target.

Medunjanin was a constant in FC Cincinnati’s midfield, with 16 starts, including the last 10 matches. He was a valuable mentor to Amaya and a commanding field general. At times he served as a solid No. 6 and also led the team with 45 shot-creating actions. And of course he also proved adept at set pieces, netting a late Olimpico as the game-winning goal back on Sept. 19.

When FC Cincinnati couldn’t score for a bulk of the season, it was Tyton’s shot-stopping ability that kept the club in matches and oftentimes earned the point. Tyton earned four clean sheets in 12 matches, including three 0-0 draws after the Orange and Blue returned to in-market play. He saved 29 of 47 shots, for a 61.7% save rate.