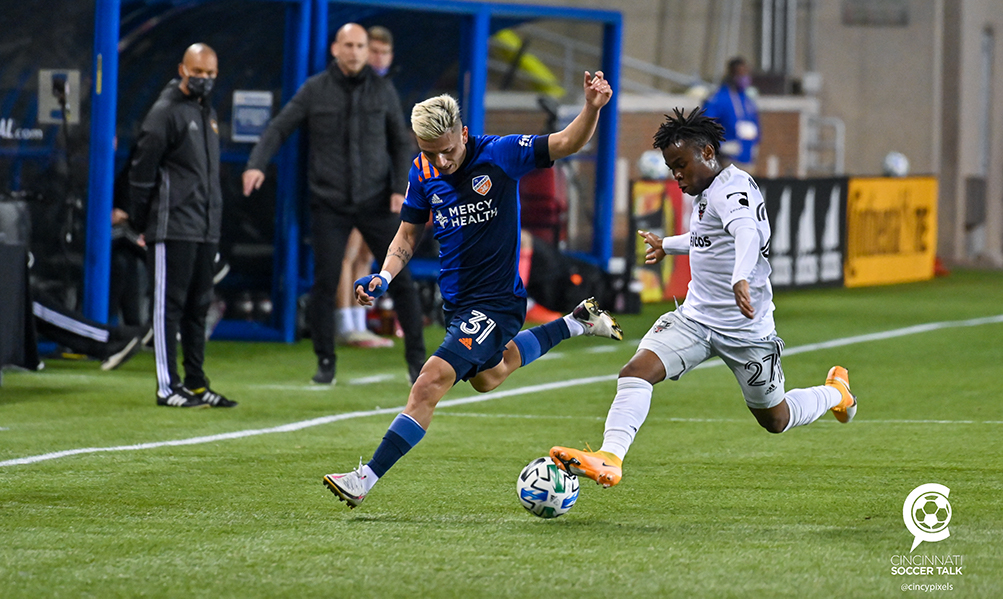 With no midweek match, FC Cincinnati is rested for its home match Saturday against Minnesota United.

After some much needed rest, FC Cincinnati returns to action this weekend against Minnesota United in the penultimate match at Nippert Stadium. Both teams come into Saturday desperate for a result, as Minnesota hopes to ensure home field advantage in the MLS Cup Playoffs, while FCC aims to stage a late run into the postseason.

FC Cincinnati undoubtedly appreciated the rest after playing five league matches in the last 15 days. Minnesota, on the other hand, waa dealing with very different circumstances. The Loons had two matches postponed earlier this month after two players tested positive for COVID-19, while a third player received a false positive. The team only trained once in the two weeks before their last match against Houston Dynamo on Sunday.

This prolonged lockdown did come with an unexpected silver lining, as a few of Minnesota’s top players recovered from injury without missing any games. MLS veteran and club captain, Osvaldo Alonso, played the majority of the last match. Ethan Findley returned as well and scored twice, and Ján Gregus has come back from international duty and will be available. With only one point between it and a top-four spot in the Western Conference — and the home-field advantage that comes with it — Minnesota will want to finish the season strongly.

Minnesota may be missing its designated player attacking midfielder, Emanuel Reynoso, but the returning talent will make it a difficult matchup for FCC. Alonso and Gregus will look to make a difference by winning the ball back in the midfield and springing the counter-attack. Findley, Kevin Molino and Kei Kamara have all proven dangerous in those situations. FC Cincinnati midfielders Haris Medunjanin and Kamohelo Mokotjo will have their work cut out for them.

The Orange and Blue don’t have much time left if they hope to stay in the race for the playoffs. That may not be an explicit goal for coach Jaap Stam and his team, but they will want to give a good performance after last week’s mixed performances. As general manager Gerard Nijkamp explained on the latest episode of Cincinnati Soccer Talk, the club is disappointed in the lack of consistency and results that saw FCC fall to league-worst D.C. United after upsetting archrivals Columbus Crew SC.

Maintaining possession and limiting turnovers will be important, as always, for FCC because that will limit Minnesota’s counterattacks. But even more influential for the Orange and Blue will be set pieces. Since the regular season resumed Aug. 21, Cincinnati has only scored two goals from open play. Everything else has been from a free kick, corner or penalty. If DP forwards Jürgen Locadia and Yuya Kubo are absent again, FCC will need to take advantage of those opportunities, or they may struggle to score goals.